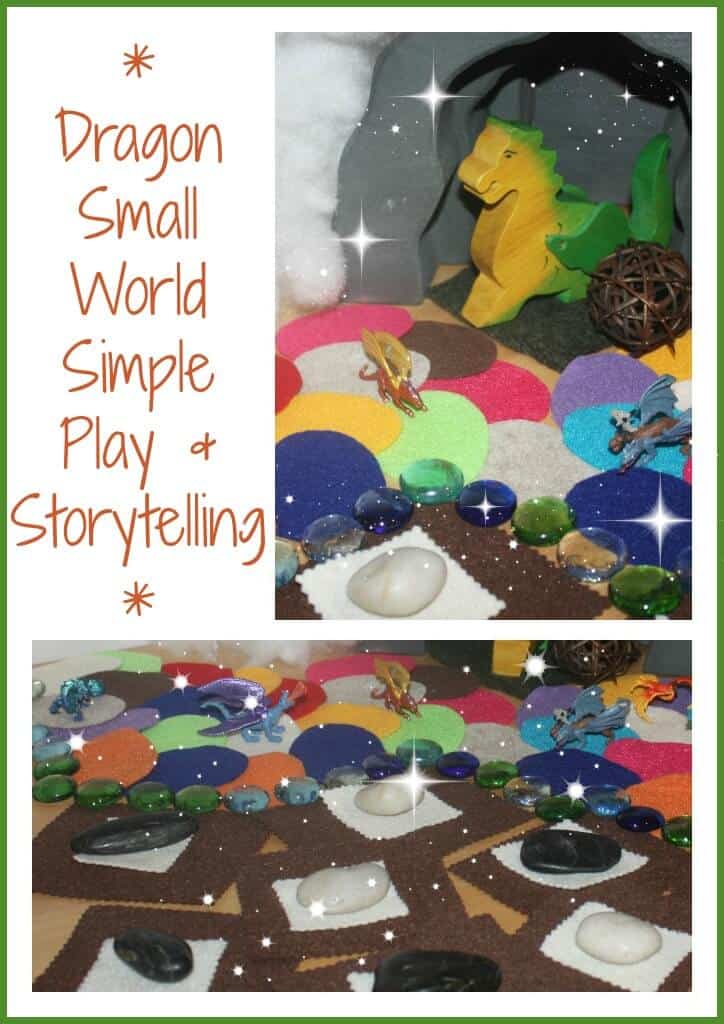 Create and  explore through the imagination!

We have been following along with the NurtureStore’s simple play prompts for January and have been really enjoying trying new ideas and looking back at old ideas! Search  with the hashtag  #simpleplay or visit NurtureStore to look at the full list of fun ideas to try!

With all that said, have you ever set up an activity for your child and have him completely walk past it and have no interest! Ha, well you are looking at one such dragon small world activity. At least until today! We have been reading dragon books non stop this past week. He has five favorites and an order in which they must be read. I thought it would be fun to set up a dragon small world for him to create his own story since he knows so many! I only use what we have since I am never sure what he will choose to do and I have basically wasted quite a bit of money in the past trying to make something just right. Less is really more I am starting to get now. 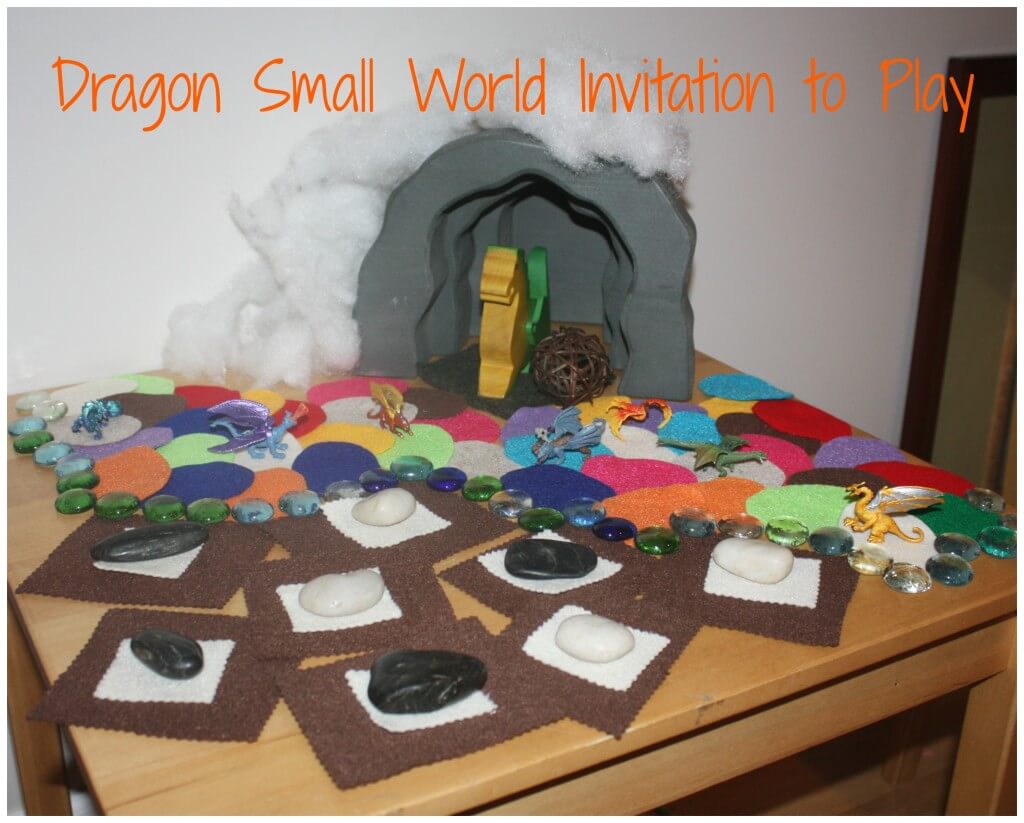 I have lots of felt and the egg shapes were from Easter. We always have stones and gems handy. I have acquired lots of sets of the TOOBS over the year that come in handy all the time. Maybe you have a cave like we did or you make one out of a shoebox. I think he would have been just as happier or happier with a shoe box! Oh and if you have some stuffing, make it a snowy or cloudy dragon small world! 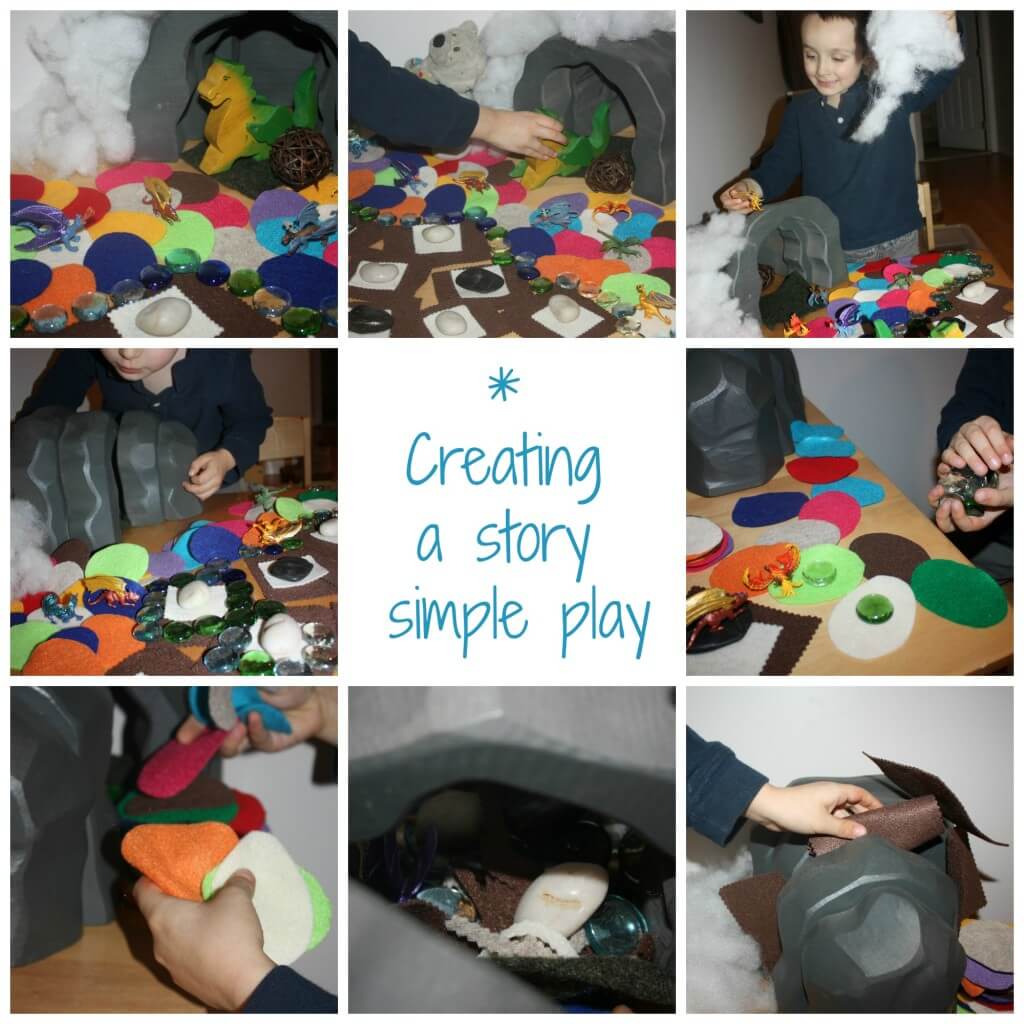 Now this dragon small world was supposed to be for the Hands-On Play Party Link Up today, but he had no interest in playing with it yesterday. However, after school today, he asked me to sit with him at the table. With activities like these, I often need to help lead him or guide him in a direction he can roll with and make into something. His Aspergers disorder tends to take over, and his black and white thinking seems to prevent him from coming up with grand ideas for fantasy play. I modeled some play of my own and suggested the gems were dragon eggs in this dragon small world, and they needed to be protected. He got this idea and set about rescuing, protecting and caring for the eggs until the storm passed. He played quite a while. Longer than any other small world we have made before. I tried very hard to step back when I could to let his imagination wander and guide him rather than my ideas!

Small world play is wonderful for the imagination!