We just can’t get enough of these plastic eggs this year! What about you? They are so inexpensive and versatile! Create a simple Easter or Spring theme number recognition game! I have put together lots of fun learning and play activities with them including these Easter egg memory/matching games, fizzy baking soda science eggs, and egg races for exploring physics. Grab a few packs of plastic eggs and start playing along too! 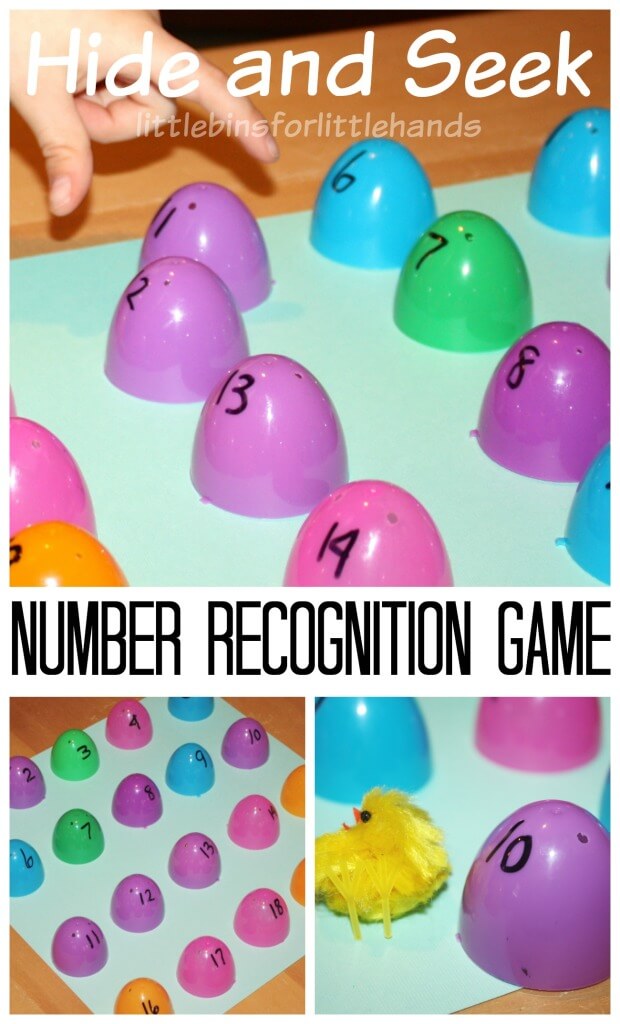 What you need for this DIY number recognition game is simple! I used the tops of 20 eggs and numbered them 1-20. I found a fun small object we had left over from last year. You could use any little animal, token or even a coin! You could also use paper/plastic cups instead of eggs! 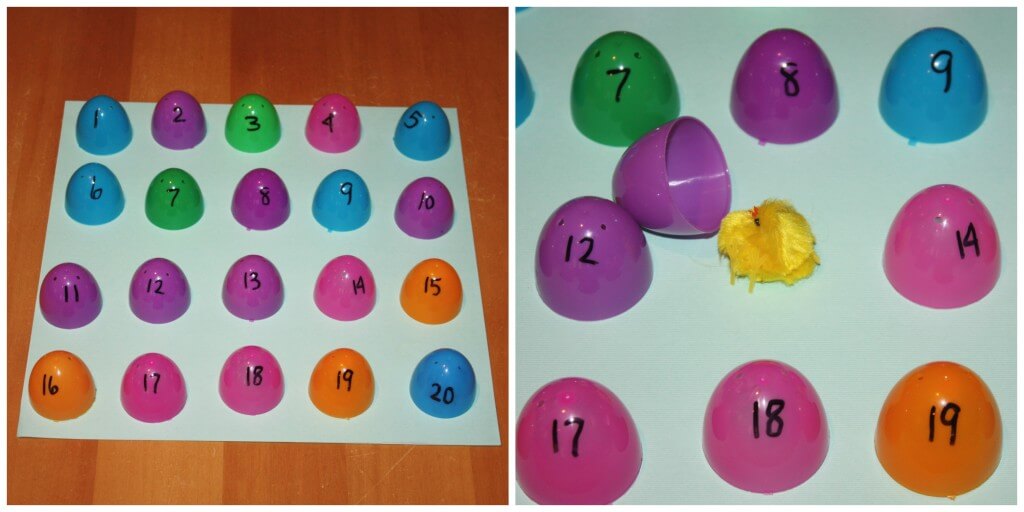 Right now we are working on number recognition 1-20. Numbers 1-12 are solid but numbers 13-19 are shaky and 20 is fine! Here’s a fun way to play and lean those tricky teens!

To start the number recognition game, one person hides the object (a chick for us)! The other person is the seeker. This could be played with multiple children too! Liam was the only player here so the games went fast. He had to call out a number and then lift it up to see if he had found the chick!

YOU MAY ALSO LIKE: Easter Minute To Win It Games 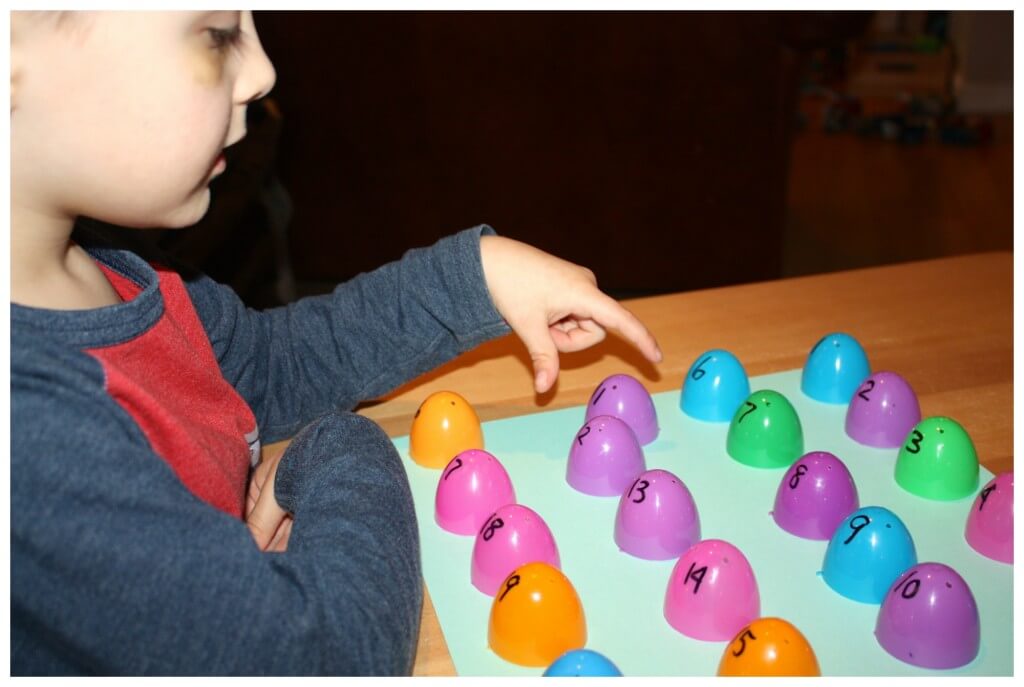 During our number recognition game I was a bit sneaky and hid the chick under the high numbers so he would have to work a little harder with the numbers he has trouble recognizing. It took him a bit to get comfortable with his numbers 13-19 but then he was on a roll, and I hid them under all the numbers too just to be fair! 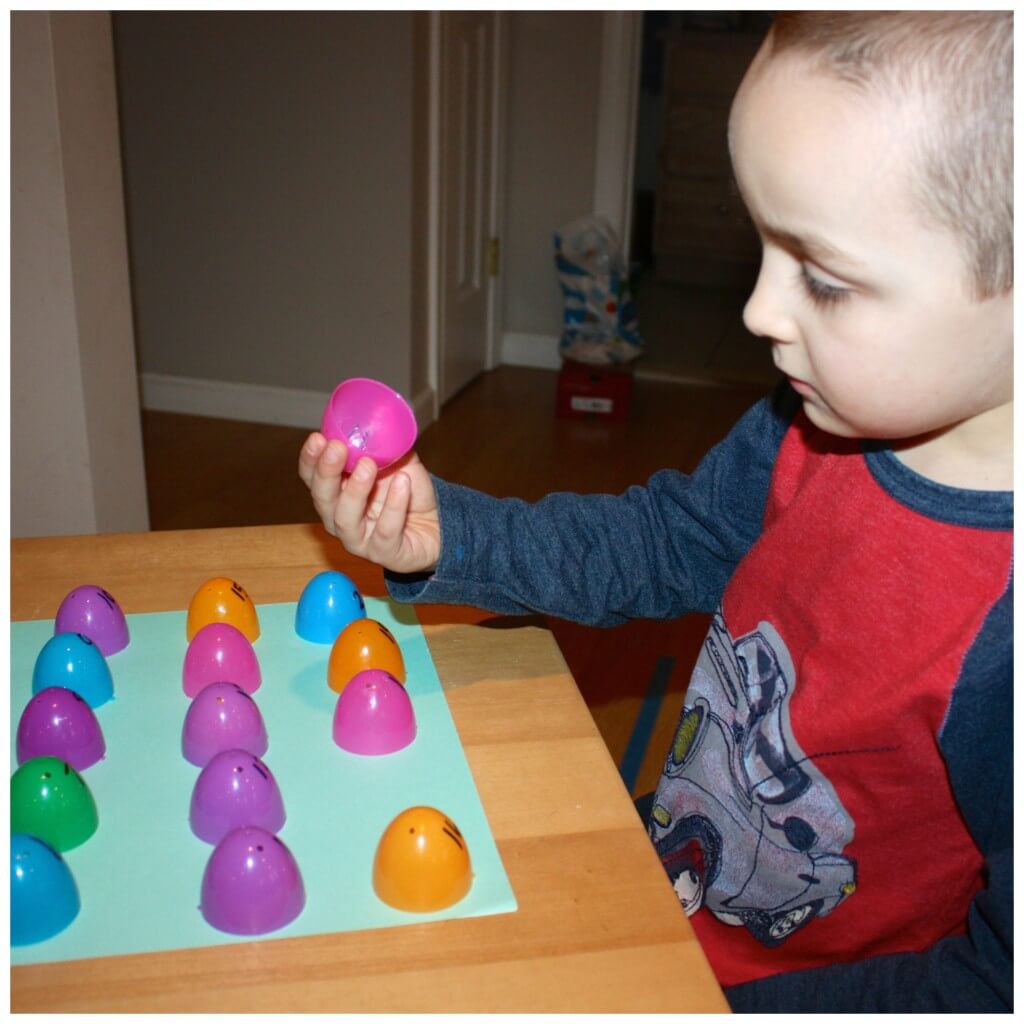 Liam had just as much fun hiding the chick for me, so we took turns. He also helped me pick my numbers! See learning is fun, and he didn’t even realize he was getting extra practice by helping me! This type of simple number recognition game is novel for young children and makes learning feel like play time too! 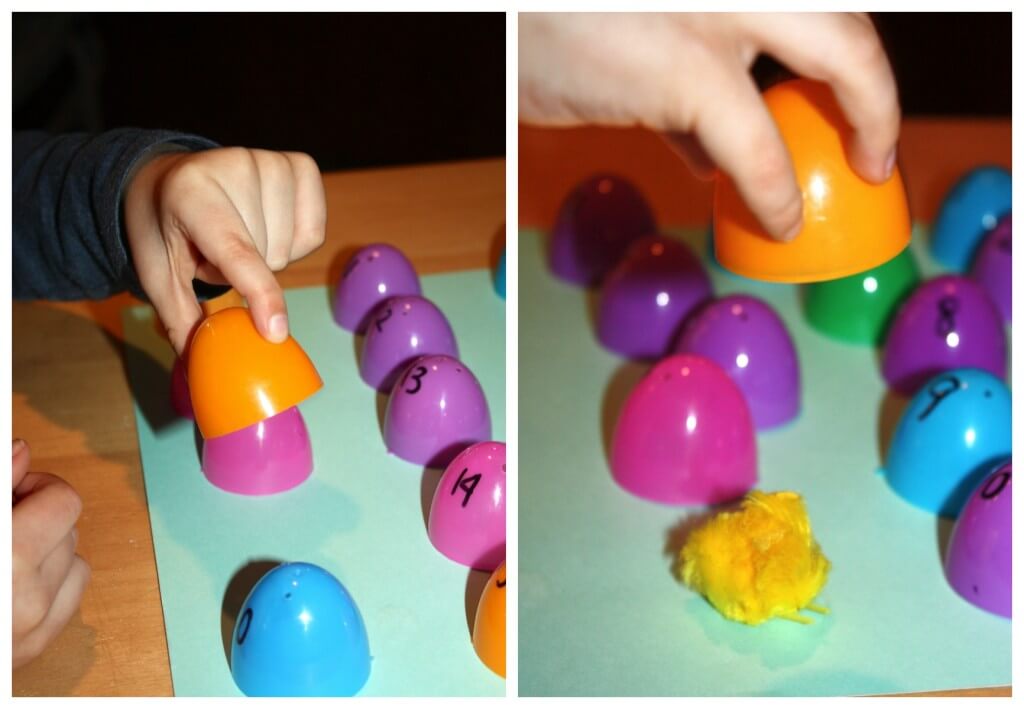 We played this game over and over, and he declared that we should play it every day! I think next time I will try mixing up the numbers so they are not in order! This is definitely a DIY number recognition game with a big appeal!

CHECK OUT ALL THE AWESOME WAYS TO USE PLASTIC EGGS! 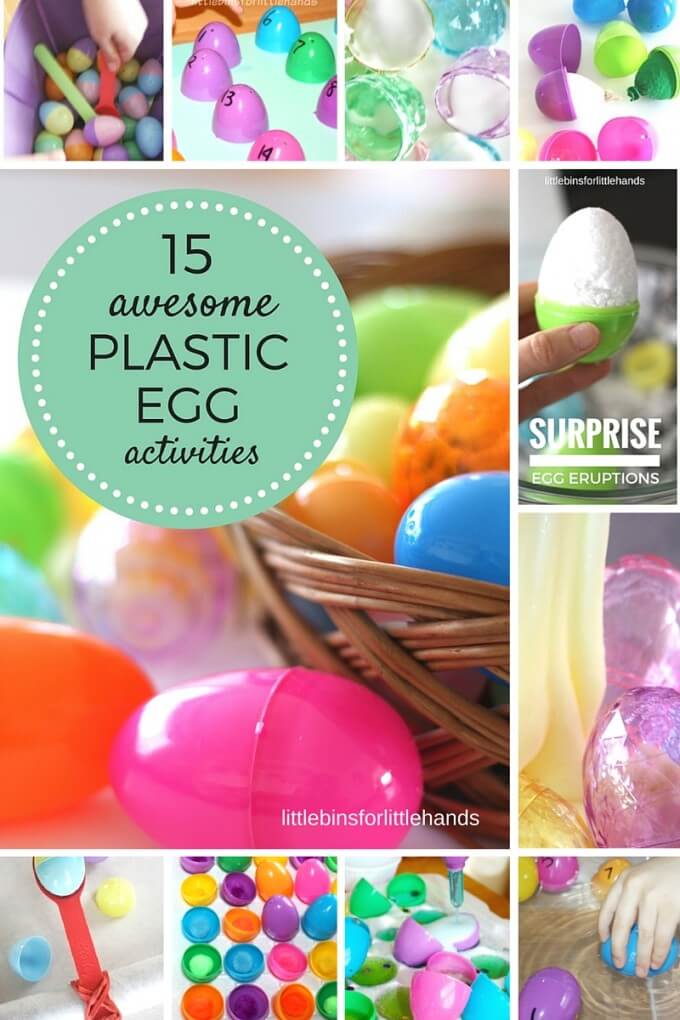