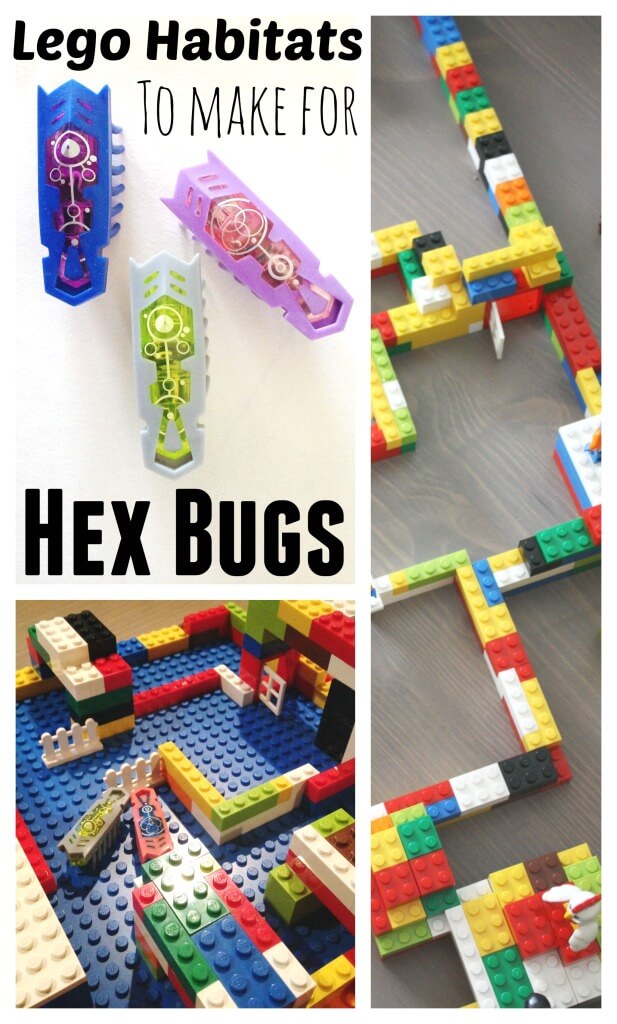 Make 2 simple Hex Bugs Lego habitats with your kids anytime! Makes a perfect weekend, snow day, or vacation project. We tried ours out this long weekend with a no school day on Monday! We all had a blast. Believe me when I say all adults will get excited for this one too. I love when I can find a project that brings the whole family together. problem solving, cooperation, team work and max effort equals awesome family time. I am not the original inventor of this cool idea, make sure to visit Frugal Fun 4 Boys to see her awesome video. We were given a complete habitat and with nano bugs for Christmas.

We actually started out with a small base plate so my young son (5 years old) had a visual work space. We needed to make walls and this was a good way to help him visualize the process and be successful at his first Hex Bugs Lego habitat! He is just getting into the small legos and learning how to build different structures as well as make them strong. Walls are a great start along with tunnels which were also a big part of the fun! You can’t have a Hex Bugs Lego habitat without tunnels. he chose to add a window and a door! 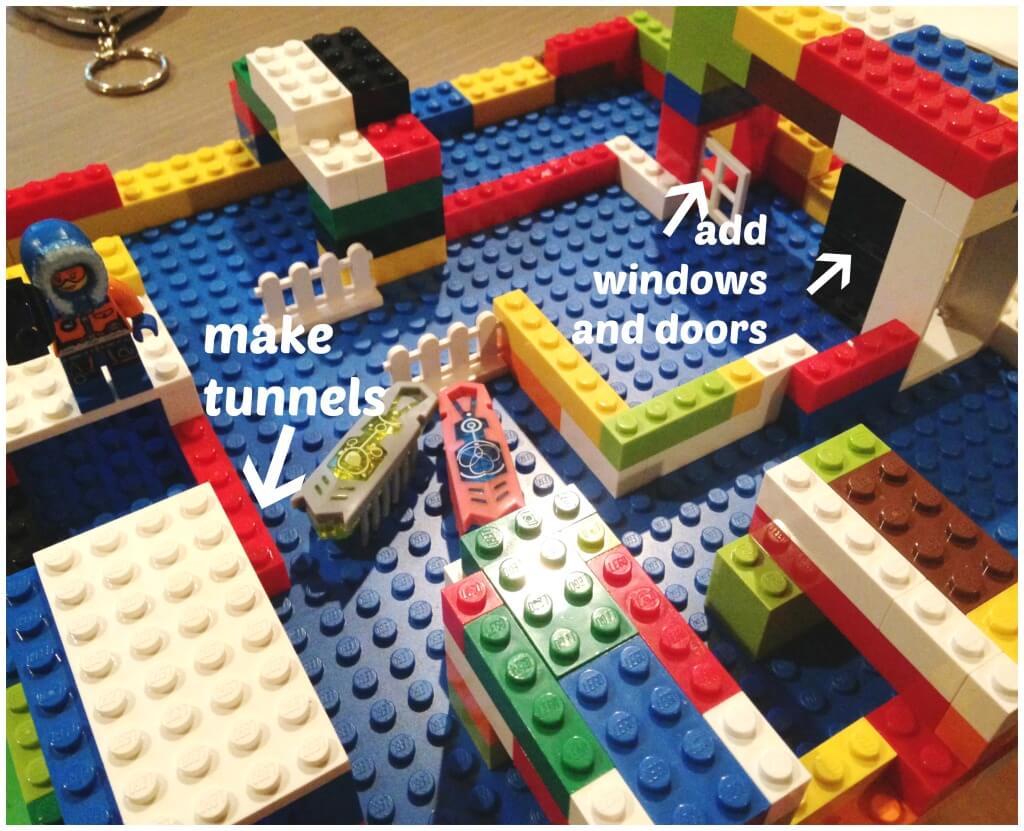 Now, the Hex Bugs had a bit of trouble with the base plate surface. It did slow them down but was still fun for us to watch! There were some great layout problem solving opportunities for my son to think about and work on in his Hex Bugs Lego habitat.

We quickly realized that we did not have a lot of room to do much building on this base plate. However, it peaked my son’s curiosity to make a bigger Hex Bugs Lego habitat, so we cleared off the coffee table! Dad helped with this one a little more since we didn’t have a visual like the base plate. Together they set out making walls and tunnels just the same. From there, the Hex bugs Lego habitat kept getting bigger with more rooms. There were still plenty of opportunities to problem solve with this design too! 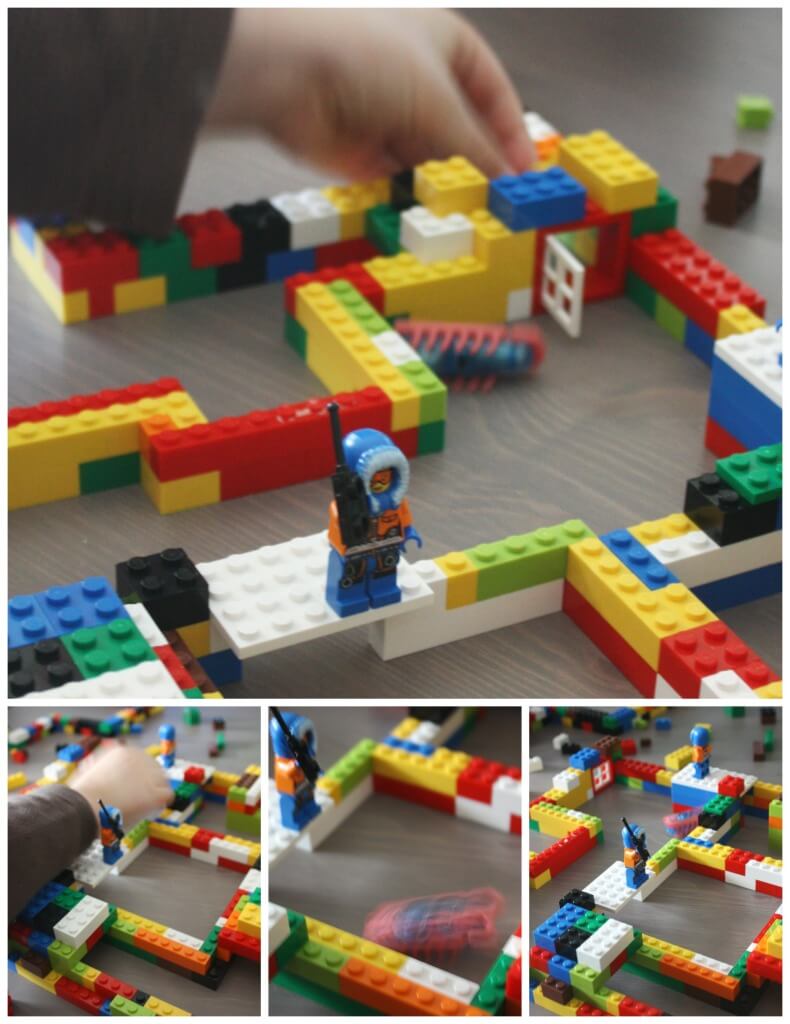 Lego mini figures joined the fun with walkie talkies to direct the hex bugs on where to go. 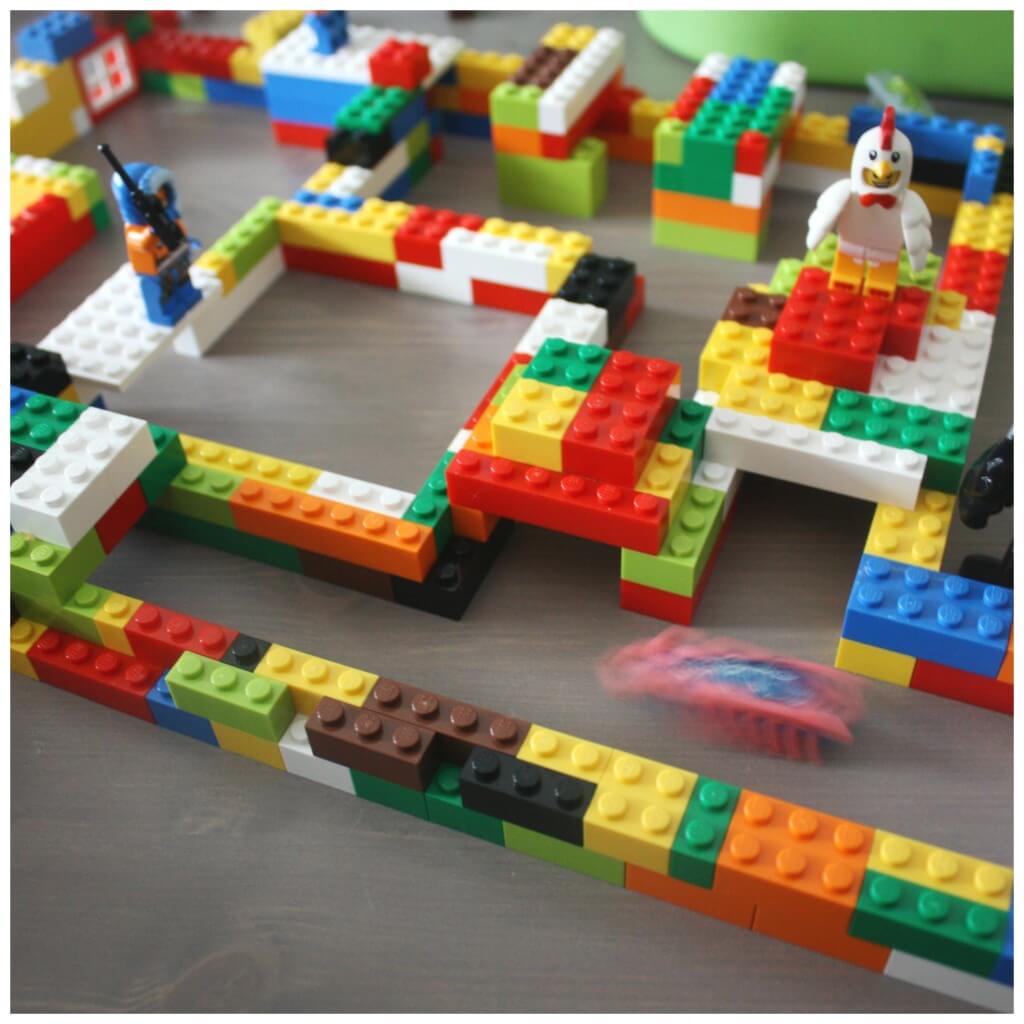 Yep, that’s a chicken too. Boy, those hex bugs move fast without a base plate to slow them down! 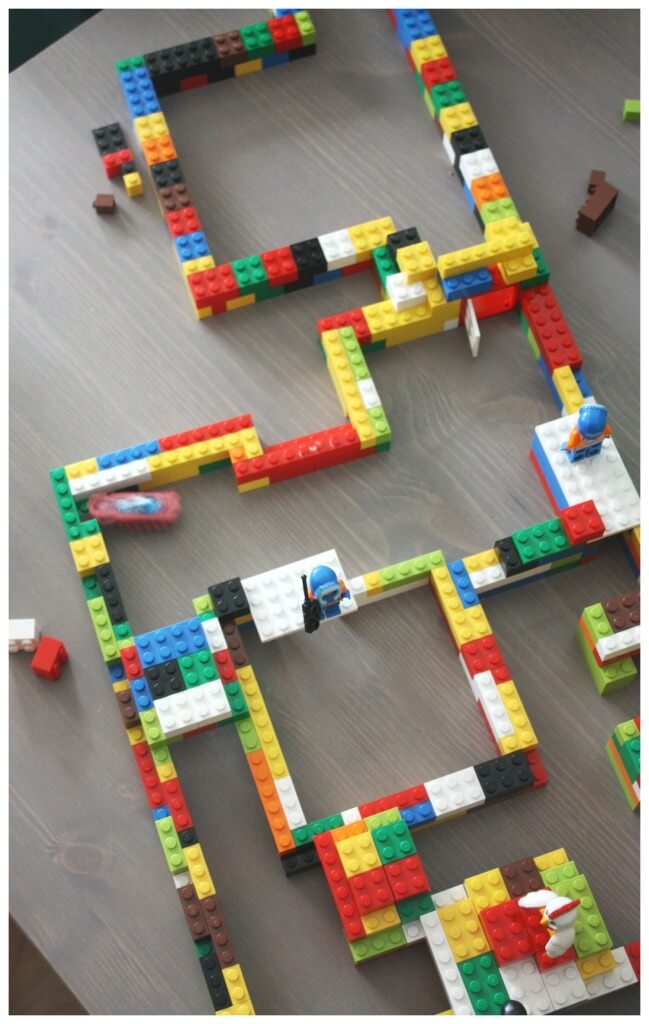 Make sure to try our our simple Lego Zip Line too 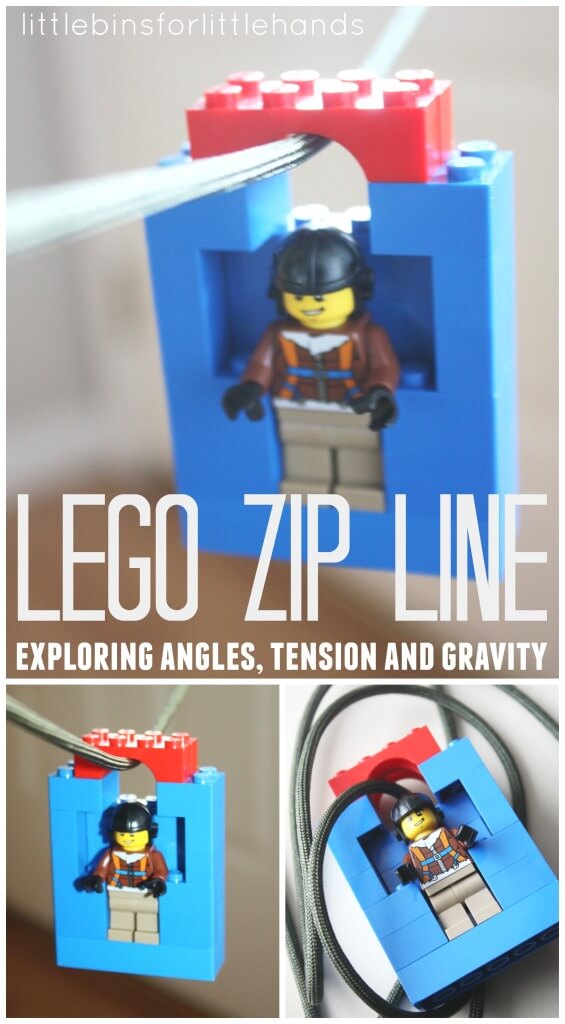 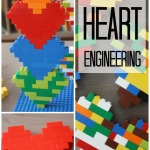 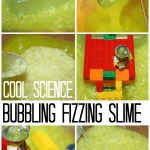 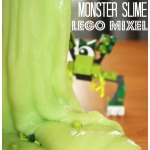 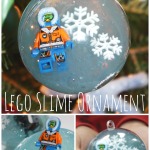