My earliest memories of our sensory bins began in the fall of 2010.  Since then not a day goes by when a set of little hands and most often a set or two of large hands are in a sensory bin. If you move the couch, you will find traces of bin filler, rice and corn mostly mixed with dust! If you lift the couch cushions, instead of loose change you will undoubtedly find loose corn kernels. Sometimes bins are on the kitchen table, sometimes his play table, and yes sometimes the couch. Sometimes wherever mom is more comfortable and sometimes where mom sits in a tiny chair. With these bins come spills and accidents (reasons for why there is corn under the cushions and under the couch!) but also a chance to learn how to be careful and controlled and how to take responsibility for clean ups.

This family trip in fall of 2010 has become the backbone of my sensory bin passion and for the multitude of cool bins to follow. Our son was just over a year in age, when we visited Retreat Farm in Brattleboro, VT. In a grain silo, they had created a space for children to play in whole kernel corn. Sitting in a pile of corn, Liam found his passion scooping and dumping with trucks, shovels, and pails. Not only was it a great activity for his hands but a whole body experience, covering arms and legs and letting the kernels fall through the little fingers wrapped around the handful.

This was the only activity he wanted to do at the farm that day so we decided to recreate it at home in a large underbed storage tub on the floor. Hindsight shows us now that this type of play has proven to be very helpful with his sensory disorders and autism spectrum diagnosis. At home, that’s where you could find him, sitting in his bin and to this day he still goes to sit in an open bin of corn. As he has grown up, we have graduated to smaller bins but he has never forgotten how he would sit in his bin of corn. I am sure if I put one out tomorrow on the floor, he would ask me if he could sit in it! 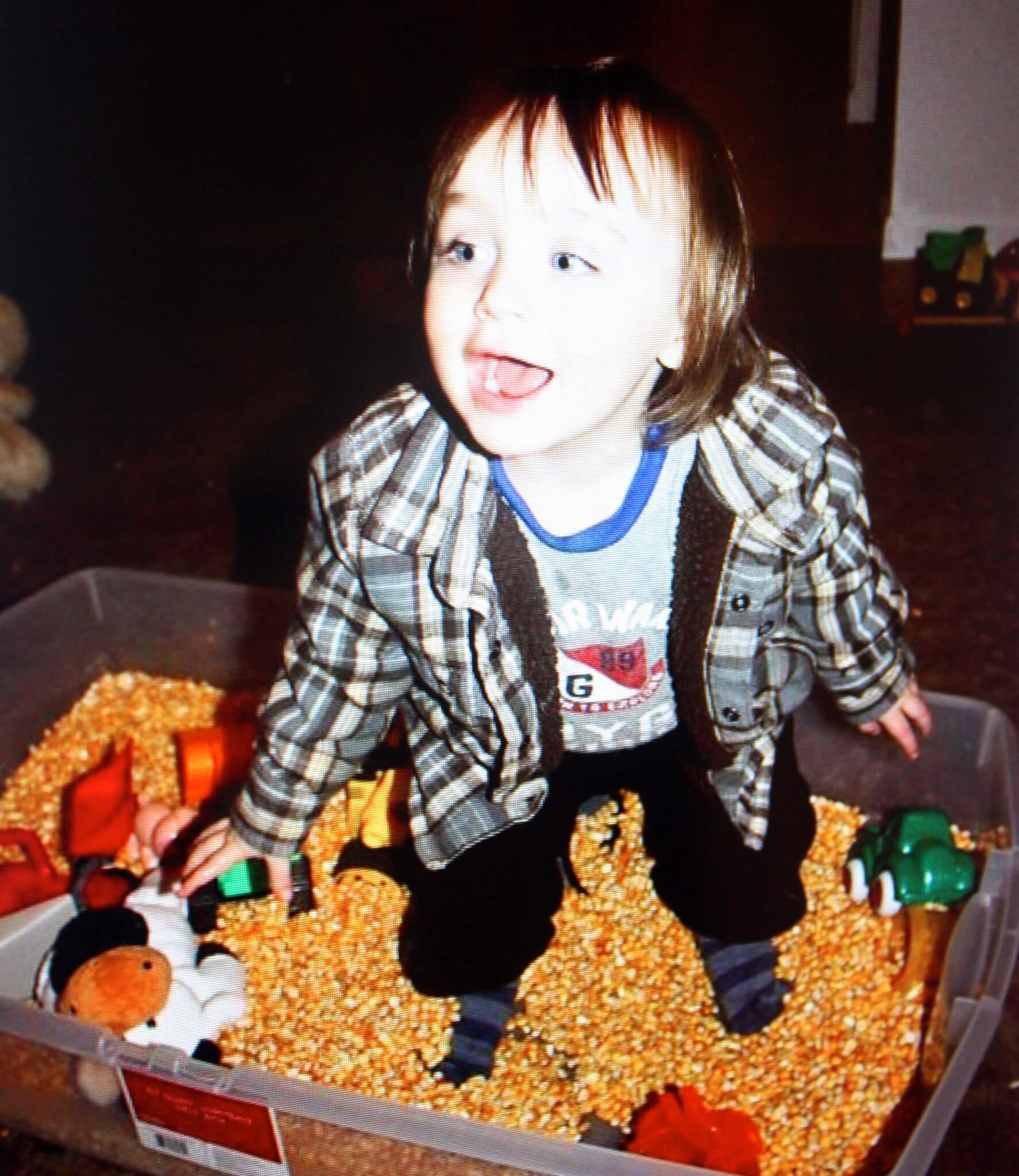