Fun LEGO computer coding for kids! Technology is a huge part of our lives today. My son loves his iPad and although we monitor his use of it, it’s a part of our home. We also love LEGO activities and have tons of fun building neat contraptions and gadgets with our bricks. We have played around with a couple of fun ways to do computer coding with LEGO® with and without a computer. 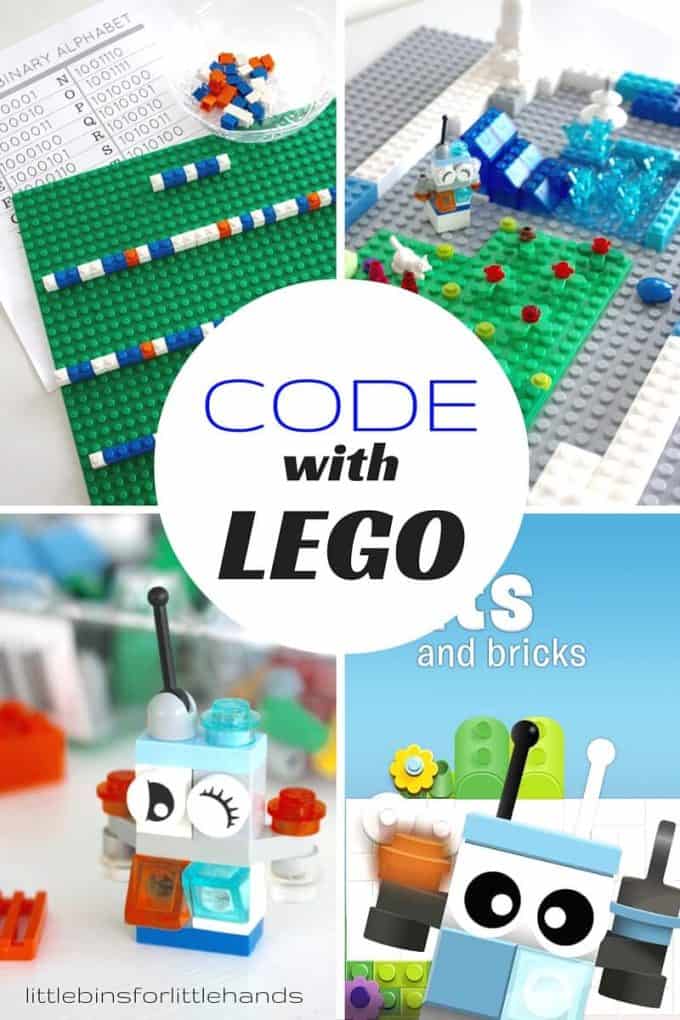 Computer coding with LEGO® is a great introduction to the world of coding using a favorite building toy. Yes, you can teach young kids about computer coding, especially if they are highly interested in computers and how they work.

My son was astounded to hear that a person actually wrote/designed the Minecraft game. We even had to use the iPad to lookup more about this guy. With the realization that my son could very well make his own game someday, he was pretty interested to learn more about computer coding.

How can you combine computer coding and LEGO®?

There are a few ways you can combine computer coding with LEGO® for the younger crowd or depending on the skill level. My son is kindergarten age and is also highly interested to learn more at this time. You can test out the world of computer coding on and off the computer.

Click below to get your brick binary code activity. 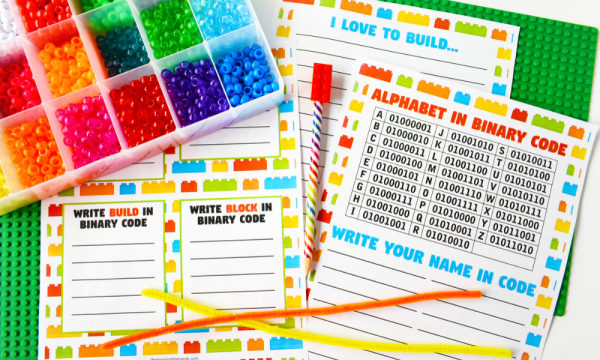 I was introduced to Bits and Bricks, an online computer coding game made by LEGO®. It is part of the Hour of Code initiative aimed towards kids as young as 5 and 6, to get them excited about computer coding. Hour of Code is a global project reaching millions of kids. You can find many versions of Hour of Code to try out.  Of course, the LEGO® lovers that we are, we enjoyed working with Bit the Bot. 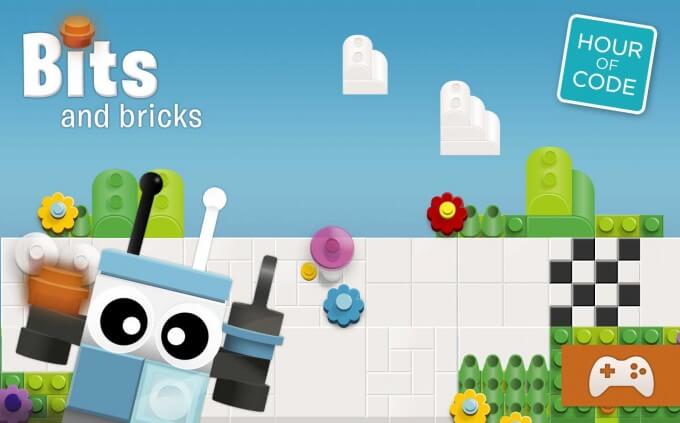 Our computers don’t read the letter A like we read the letter A. The computer has a special code called the binary alphabet where each letter, both upper and lower case is assigned a set of numbers containing 1’s and 0’s.

My son first encountered this at school, but it was an activity for an older grade. He was curious so I read up on the binary alphabet and showed him how it worked. Mom has some learning to do too!  We made a computer coding Christmas ornament. You can also take a base plate and LEGO® bricks and play around with the binary alphabet.

LEGO coding doesn’t have to be just about the computer. Grab a bin of LEGO® pieces including the neat, super tiny pieces and see if you can make your Bit the Bot from Bricks and Bits mentioned above. Can you use your LEGO bricks to make a robot? 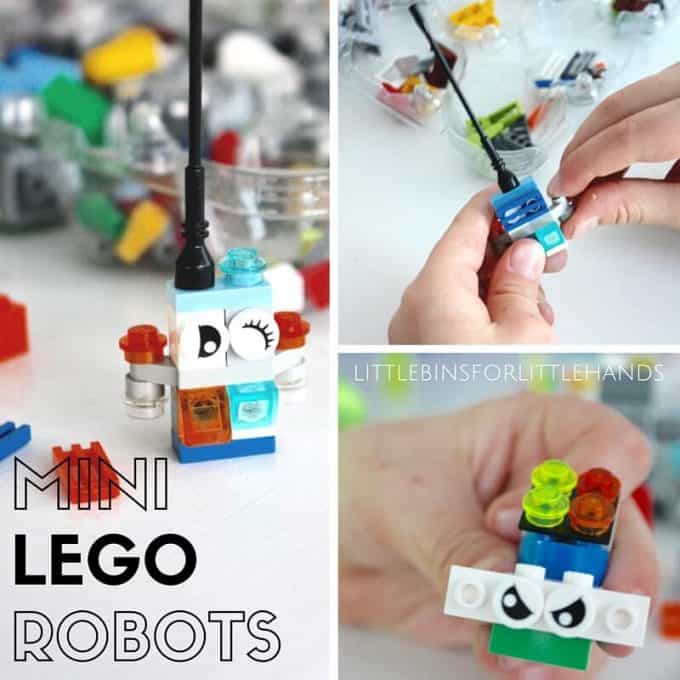 You have a robot made, now make a coding game for it. Create a world with obstacles or an algorithm game. Make movement cards including forward, right turn, and left turn. Set a challenge with a start and a finish, and code your Bot to get through the obstacle course.

Layout the direction cards to plot the movement of the robot then try out your code and see if you are right! Create a new challenge and try again. It’s a fun way to play with code and LEGO®! Read more about algorithms here ( and look for a FREE game printable). 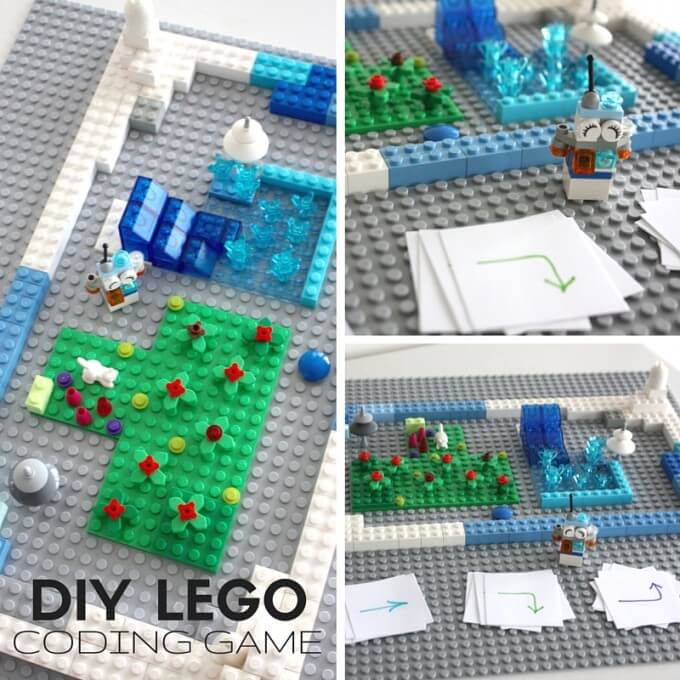 These fun ideas for LEGO® coding activities and games are a great introduction to coding, with and without the computer. Young kids CAN learn to code! Parents can learn about code too! Try LEGO coding today! You will love it!

LEGO CODING FOR PLAY AND LEARNING FOR KIDS

Want to explore more screen-free coding with kids? Check out our SHOP! 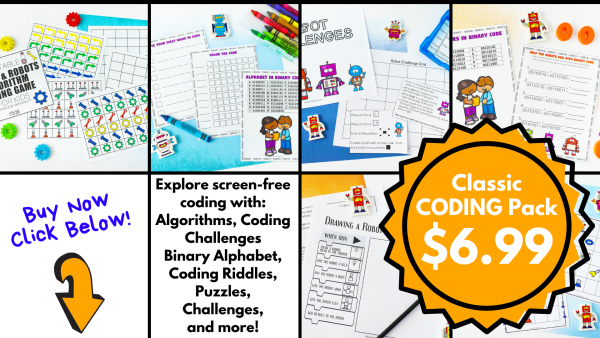 Click on the image below or on the link for more fun LEGO activities for kids. 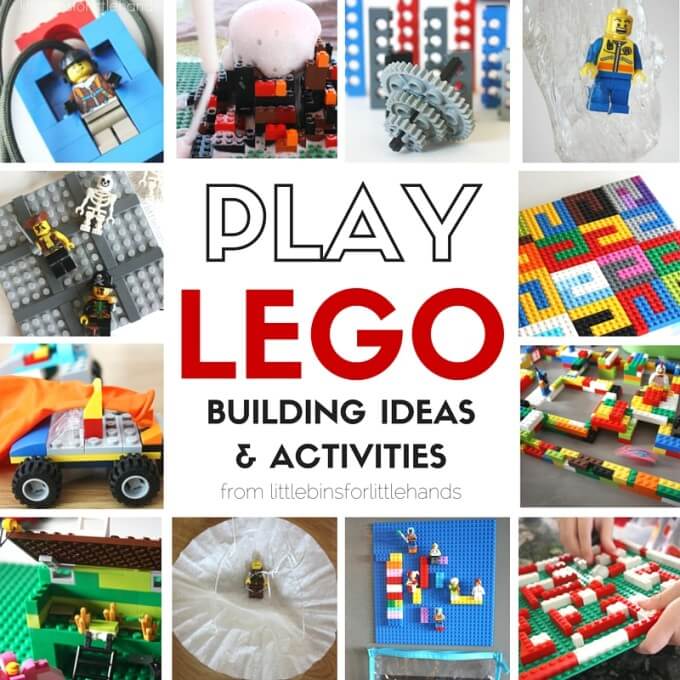