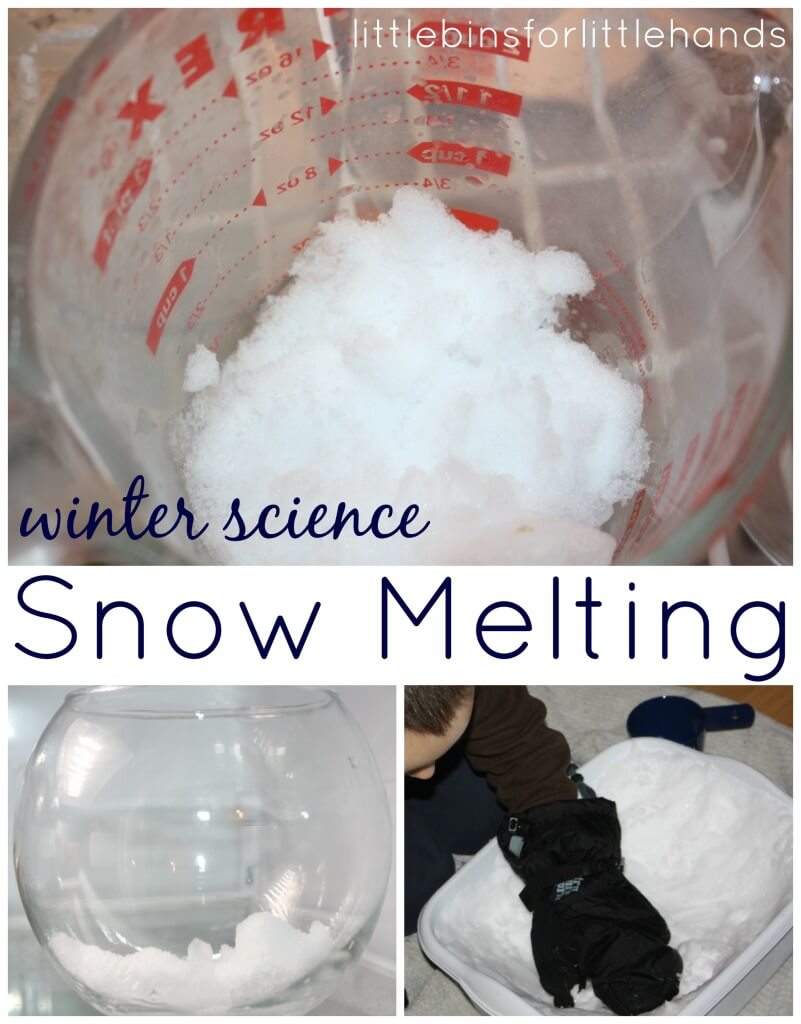 Happy New Year! We have so enjoyed all of our wonderful science experiments this past year! Did you see our 13 best of 2013 (click here)?. This year we will be doing more simple science experiments but also including some simple journaling to go along with each experiment. It won’t be a whole lot and I won’t force it on him. I hope he will draw a little something and I will write and help him talk about our observations. Eventually I hope he will try some letters with me but no rush! Here’s a great simple snow science experiment with snow that is easy and fun for everyone! I attempted snow balls but not the right kind of snow! You can find another great snowball experiment over at Sugar Aunts with their actual snowball experiment

For this snow science experiment you need one important ingredient! Snow! I sent him out to gather the snow in the backyard. Collecting materials is a great way to include your child!

It might get a little wet inside so put down some towels. I grabbed a bunch of clear containers and a couple scoops. I also set out a journal and his colored pencils as a journaling station.

To start this snow science experiment we put a one cup scoop of snow in each container so there would be an equal amount in each container to observe. Cold work! Liam’s first reaction to bringing snow inside was that it would melt. Yes, he is right and what a good observation! 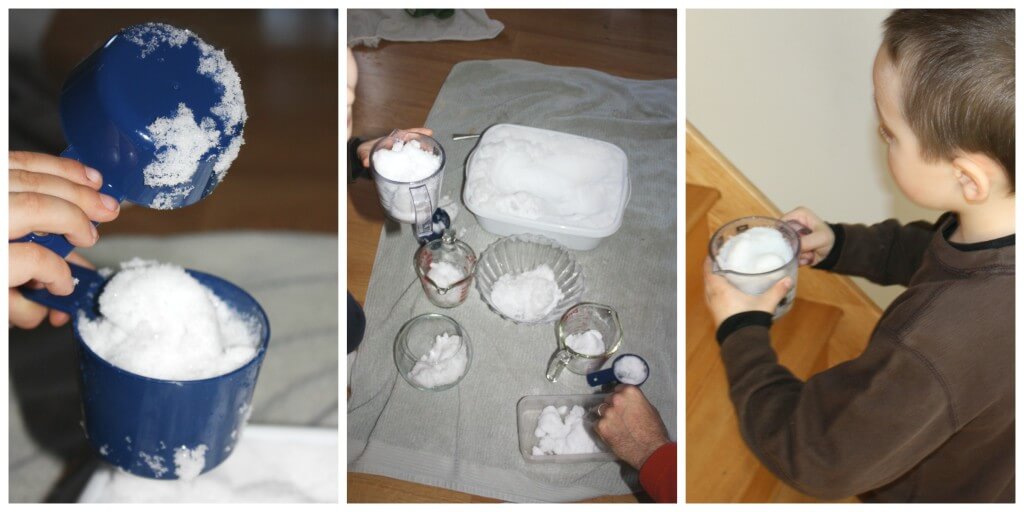 He filled all the containers and then we walked around the house placing them. I asked him where we should put them. He chose the table, his bedroom, & our bedroom. I chose the fridge and the freezer because I knew that would give a great comparison and talking point. I also chose our basement bathroom since it is pretty chilly! 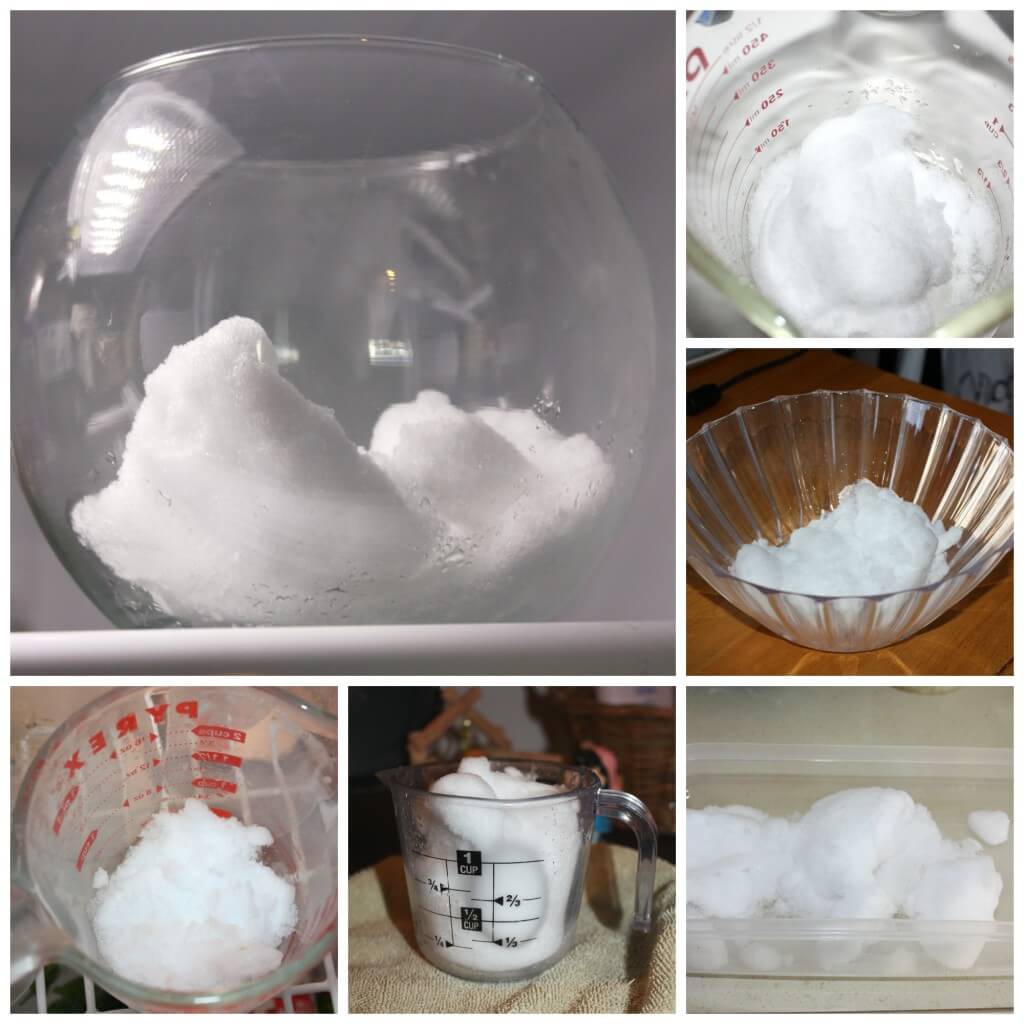 I was surprised how eager Liam was to sit down and work on a journal page for this snow science experiment! I talked to him a little about what a journal means and how we keep notes and ideas about our experiments in it. I suggested he draw some snow. Again he prefers a concrete idea to go with, so I suggested he draw 6 containers of snow since that is what we had made. He did a great job. Then together we made some guesses as to what would happen. Which ones might melt the slowest and fastest. I have to say he was pretty right! I did have to help him think it out, but we don’t feed him phrases as he often will just repeat what we say. Have to be clever! Then I asked him to tell me which one he thought would take the longest and shortest out of those. Great guesses.

We went around and looked at the results 2 separate times, approximately 30 mins after being placed 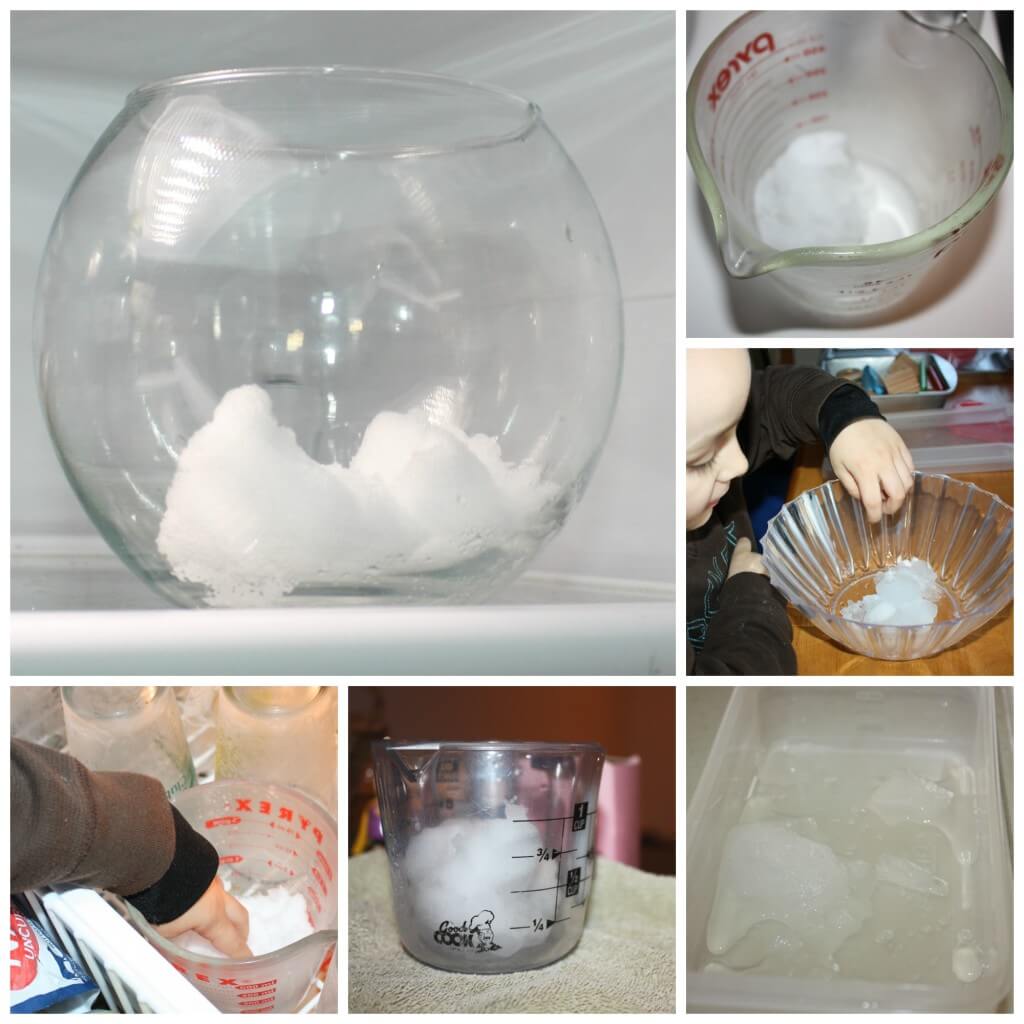 2 hours after being placed 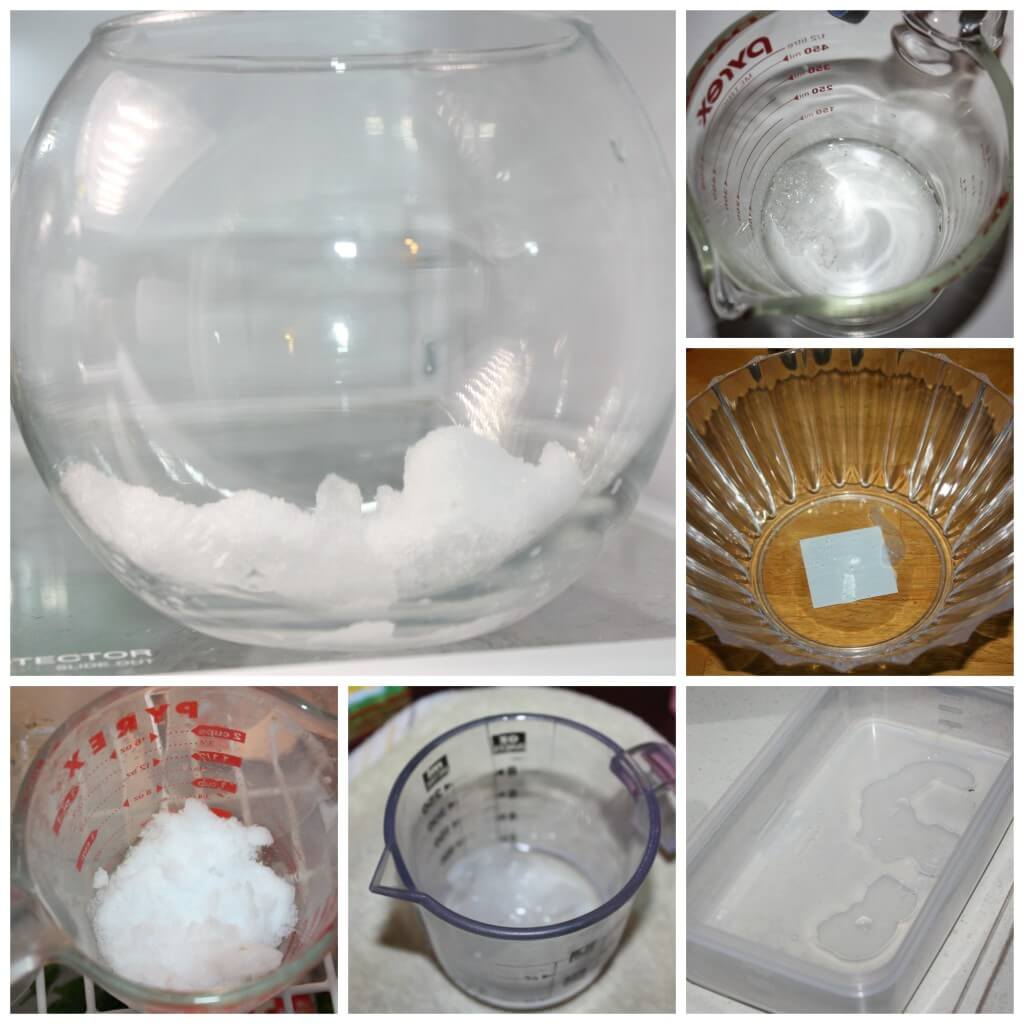 To complete this snow science experiment, we just had to finish our journal entry. Liam did not want to draw anything more but was willing to make an X next to which was the fastest melting and the slowest melting. I hope this journaling experience will be a fun part of our science experiments in 2014! 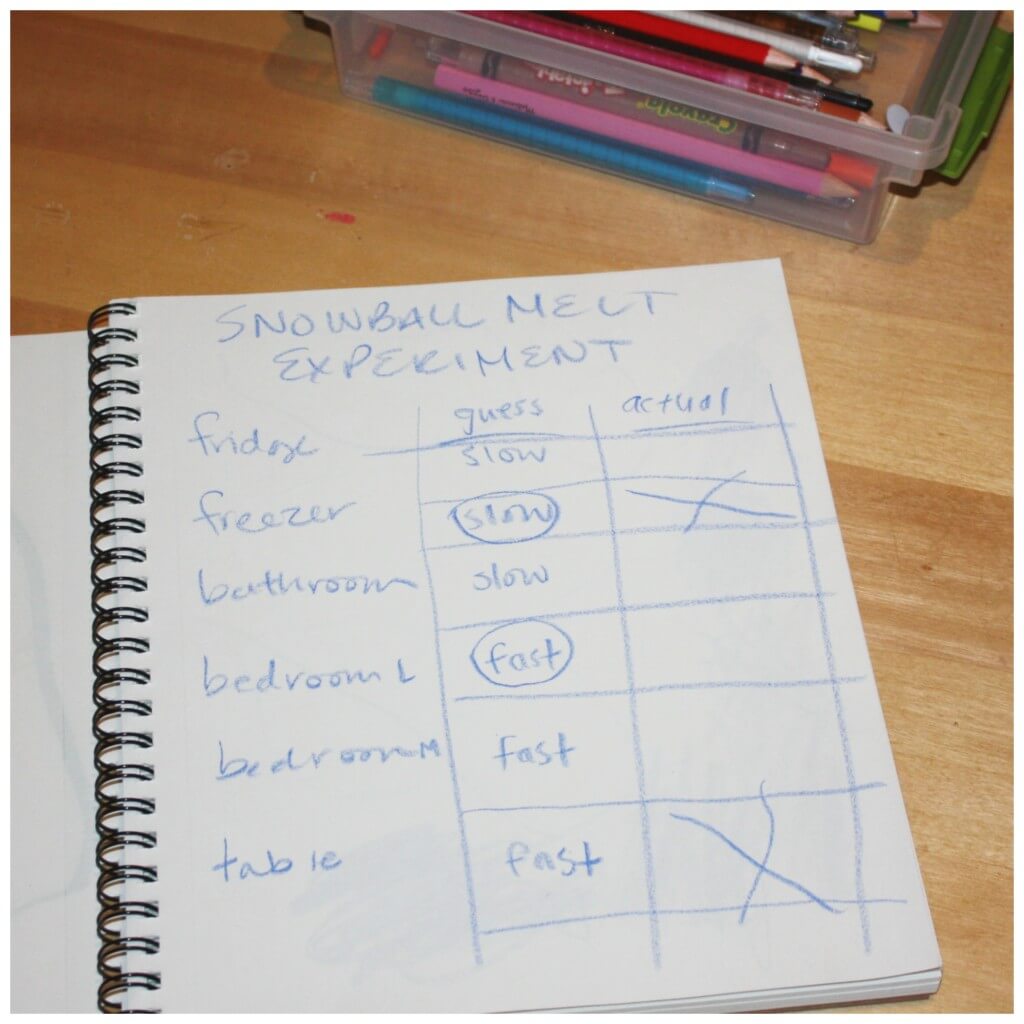 Please hop along and visit the great science experiments below! Share, pin and spread the love. 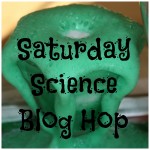 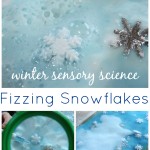 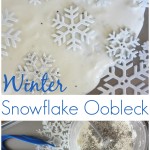 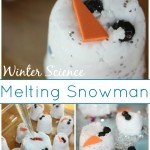 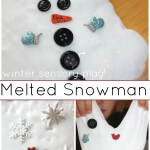