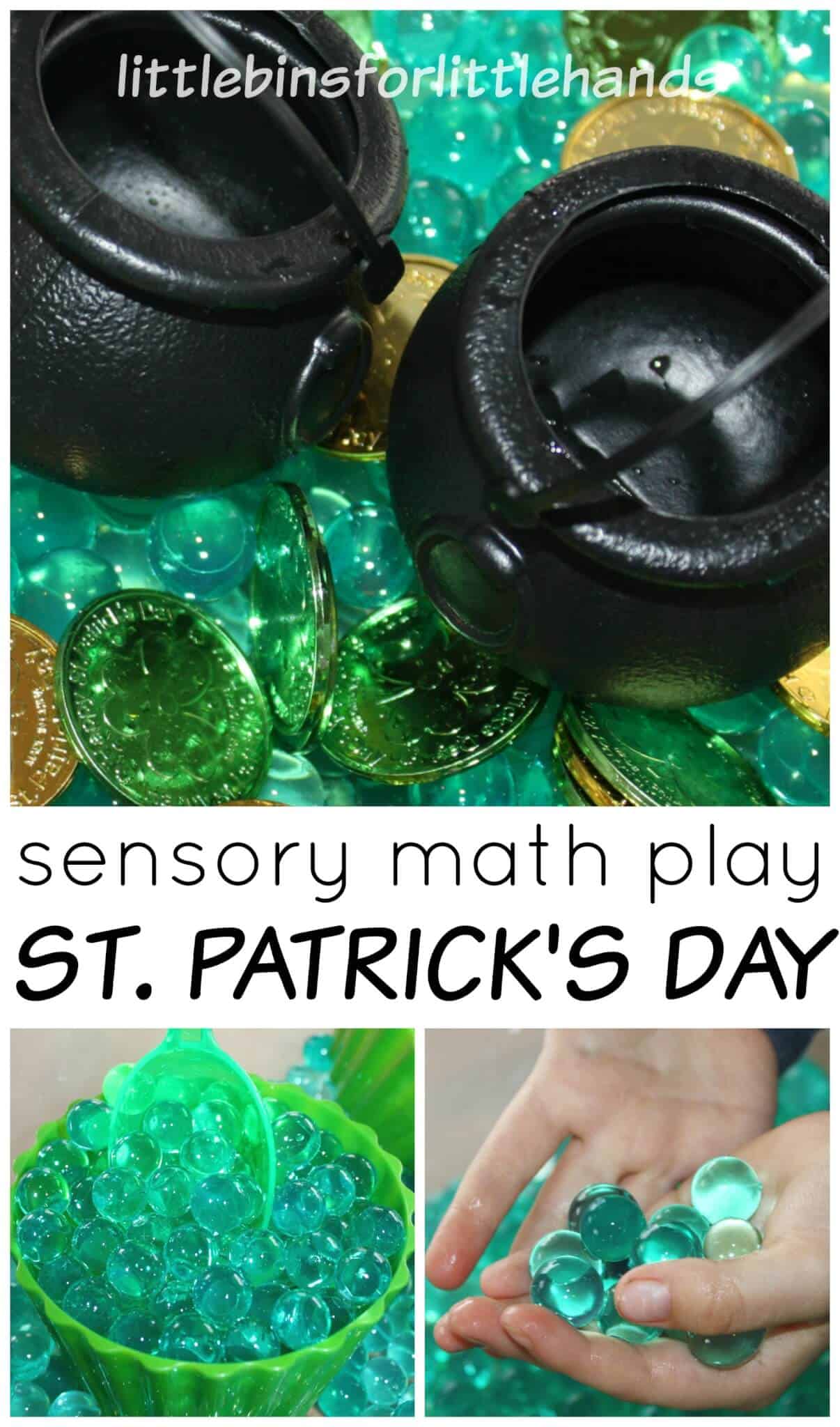 Water beads are a great alternative to other messy sensory bin fillers! Make sure to check out our kid’s sensory activities. to see all our ideas! I had a green packet of water beads to hydrate so I thought I would make us a St. Patricks Day sensory bin!

Water beads come in little packets in the floral aisle of most craft stores. They are dehydrated and are the size of a pin head to start. They do come pre-hydrated in containers, but I like these better because it also makes for a quick little science lesson you can read about here. Here they are doing their magic! 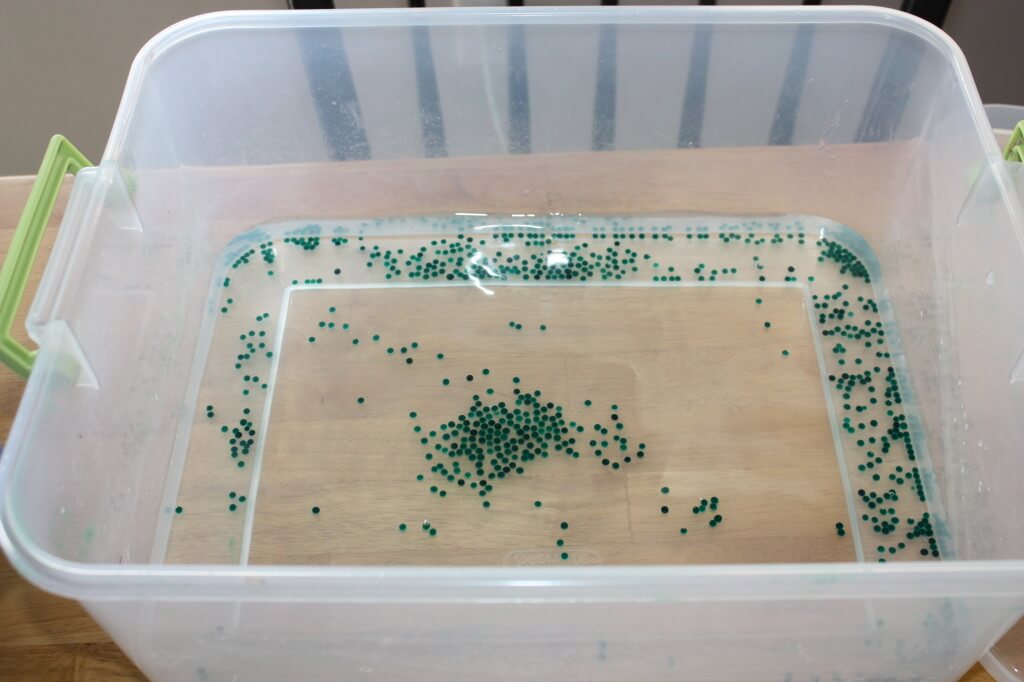 Once they are plumped and ready, which takes a few hours, I like to set the sensory bin out for him to explore without any theme attached to it. This way he gets to explore the unique feeling of the water beads and receive all the sensory input they have to offer! 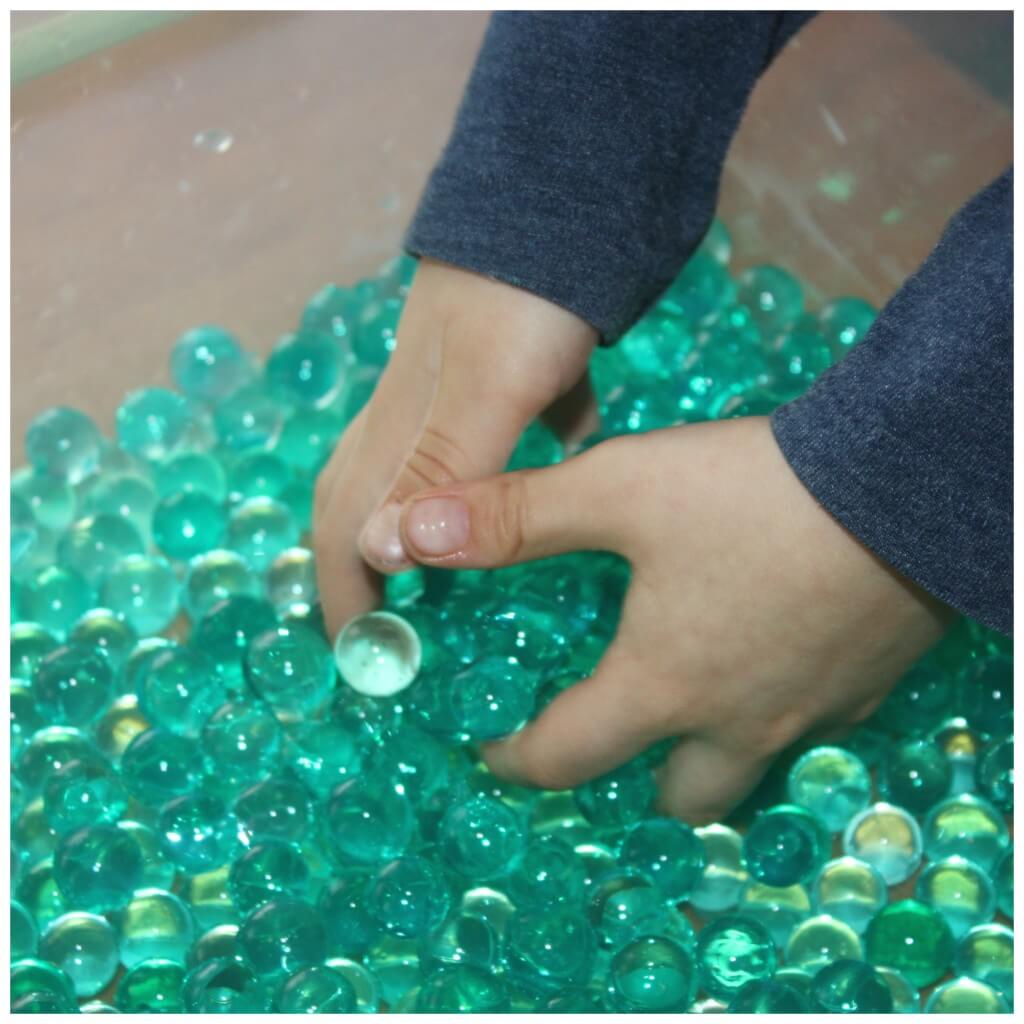 After he enjoyed feeling the water beads for a few minutes, he asked for some buckets and scoops to dump and fill. Simple is better for his enjoyment of sensory bins, so I still held off on putting in to many of my St Patricks Days sensory bin goodies! A couple containers, leprechaun pots, and a little scoop were perfect! 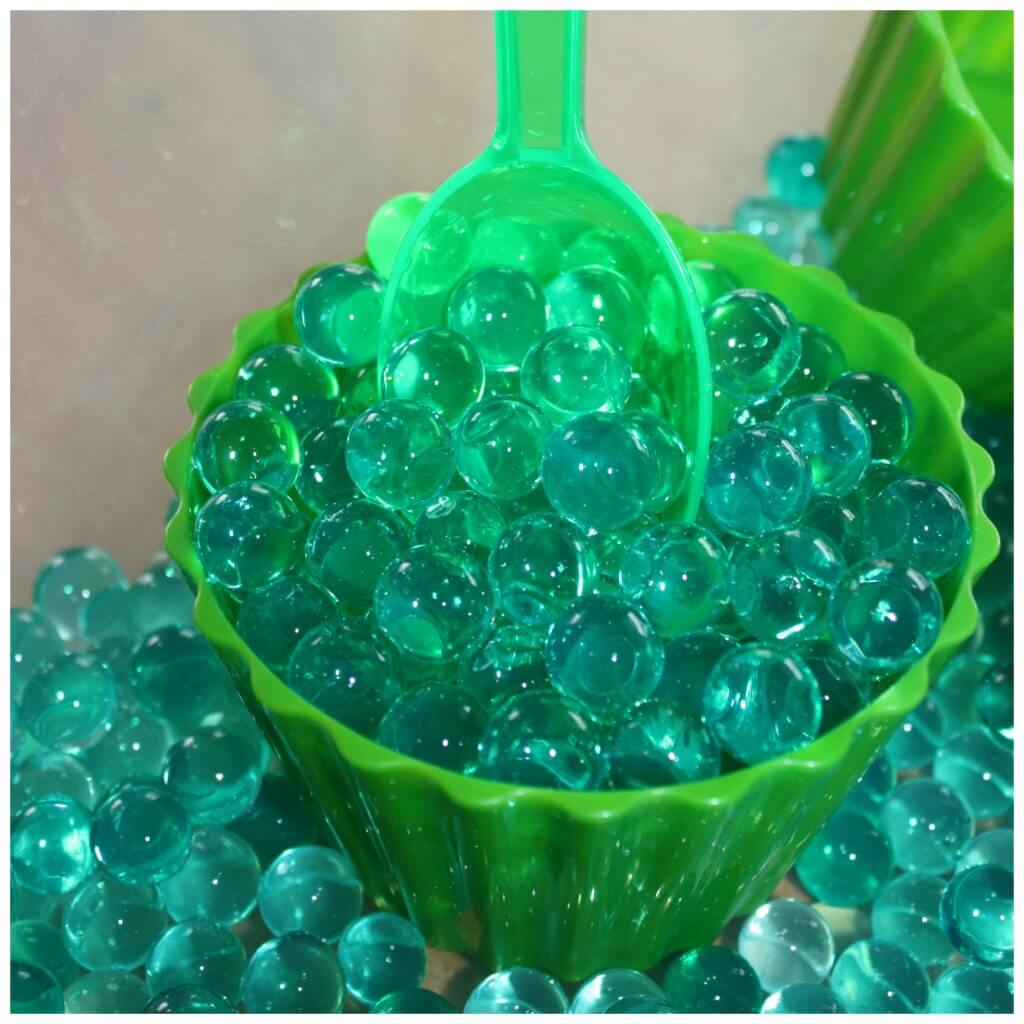 He dumped and filled to his hearts delight!

As his interest in free play was drawing to a close, I took out a package of 100 coins. I didn’t have the game totally planned out, but I had an idea. I dumped them into the water beads and had him mix it all up while I found some dice and thought about out a math game! 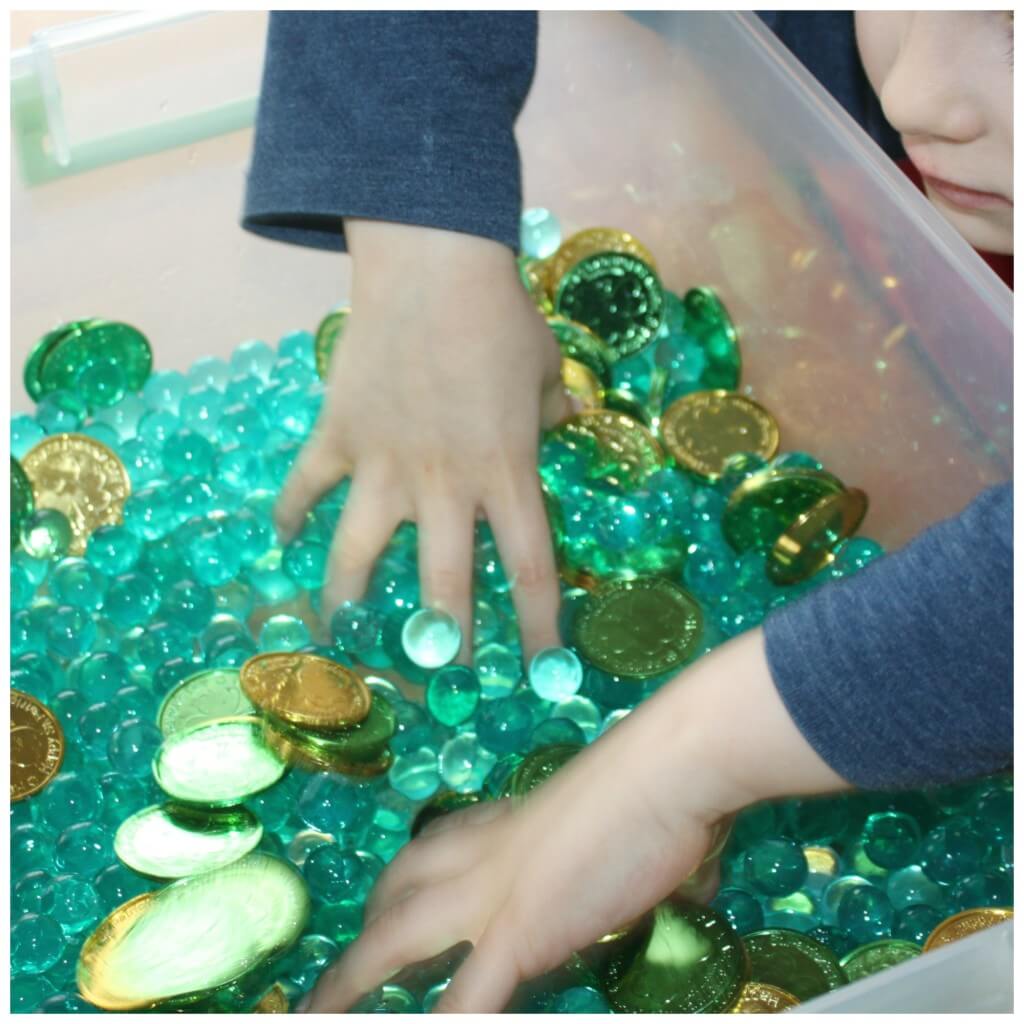 Roll and count coins for an easy early learning math game that is totally hands-on. No worksheet! 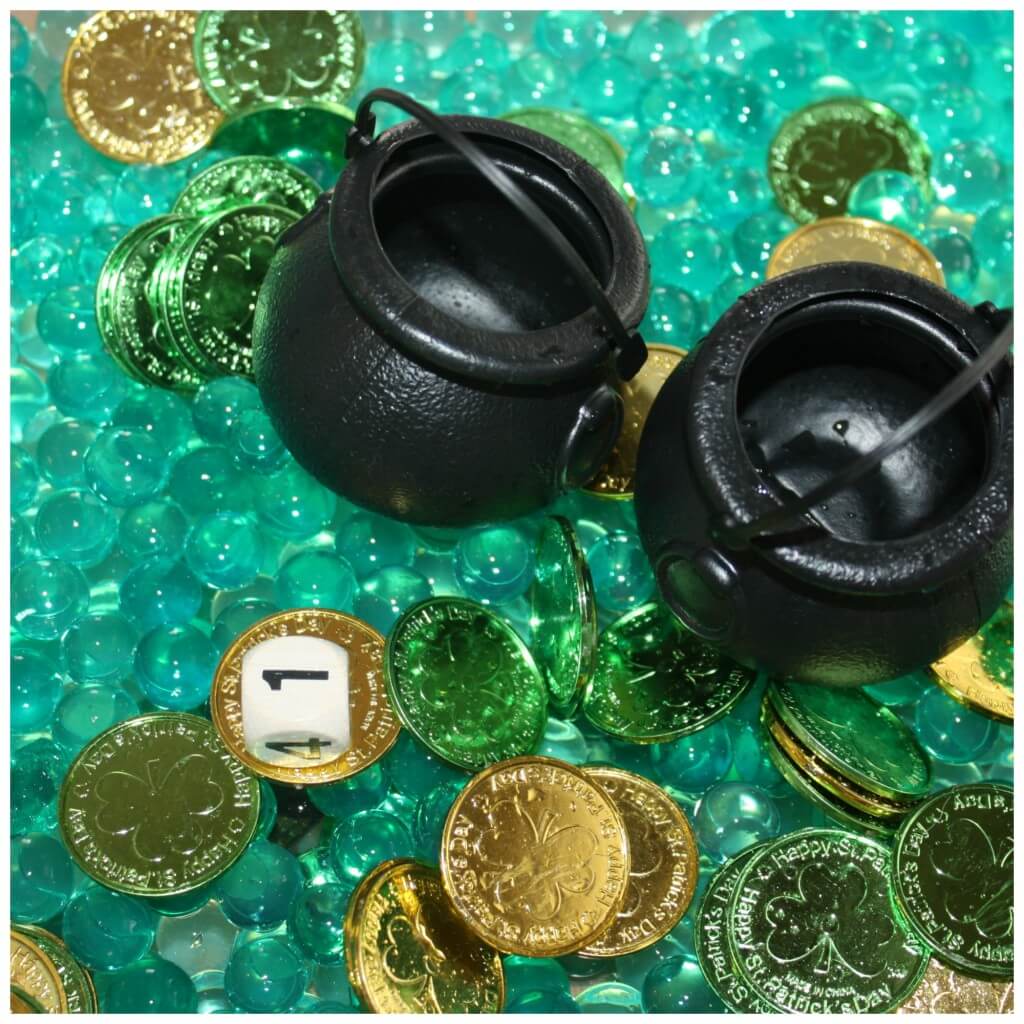 I gave us each two black pots and a coin of each color (gold and green) for sorting reminders! I used one die and this one has numbers on it but certainly you could use pips too! We took turns rolling the die and counting out coins. The coins had to be separated into the pots. The goal was to fish out all the coins in the sensory bin.

Once all the coins were found and in the pots, we took turns counting to see who had the most coins. He counted the green ones first and then the gold ones. Then he counted all of them together. He also helped me with mine. He even went back and recounted his to determine if he had more than me! He won! 51 to 49! He is really getting much better at counting to 50 and prefers games to work on counting skills! 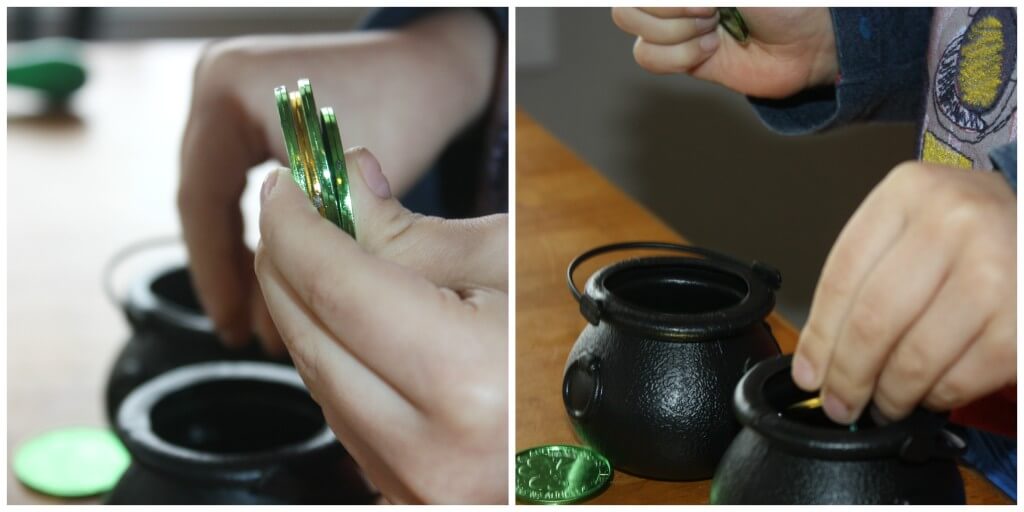