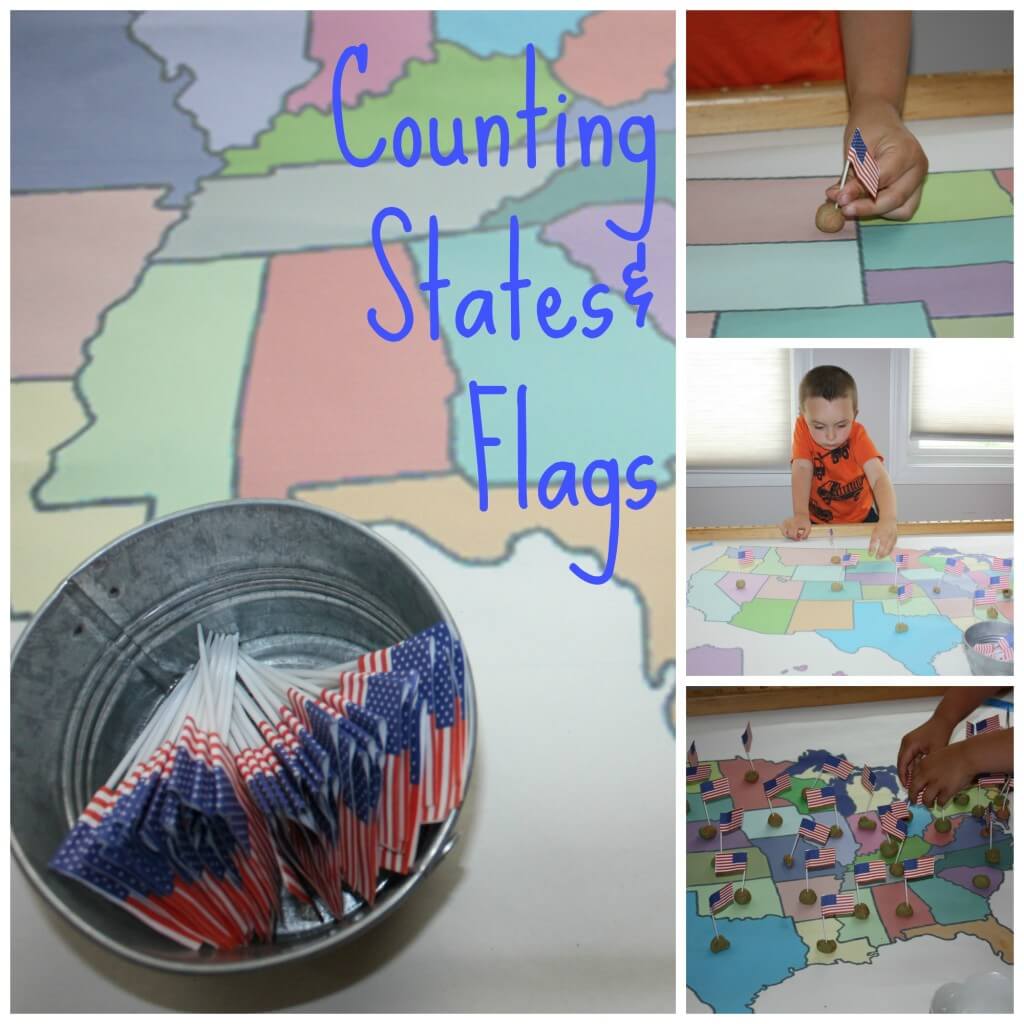 For the 4th of July, I wanted to also introduce the map of the United States of America to Liam. Fortunately, my wonderful husband was able to print this at work for us. I knew this would be a lengthy activity and we would work together but it was also very hands-on and very large. However, we had 50 states to work our way through. I wanted it blank so that it would be a little more simple. I simply wanted him to understand that the United States was one Country but had 50 states within it and each state shared the Flag. He also like that the Country was having a birthday. He said “I didn’t know a country could have a birthday; that’s silly”! Typical Liam. 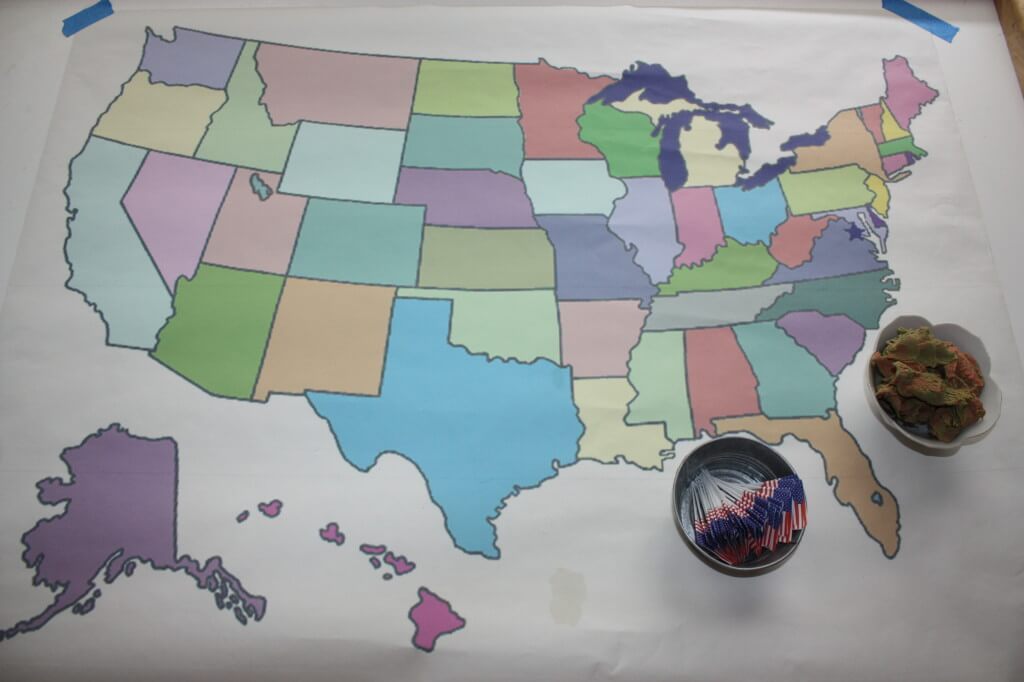 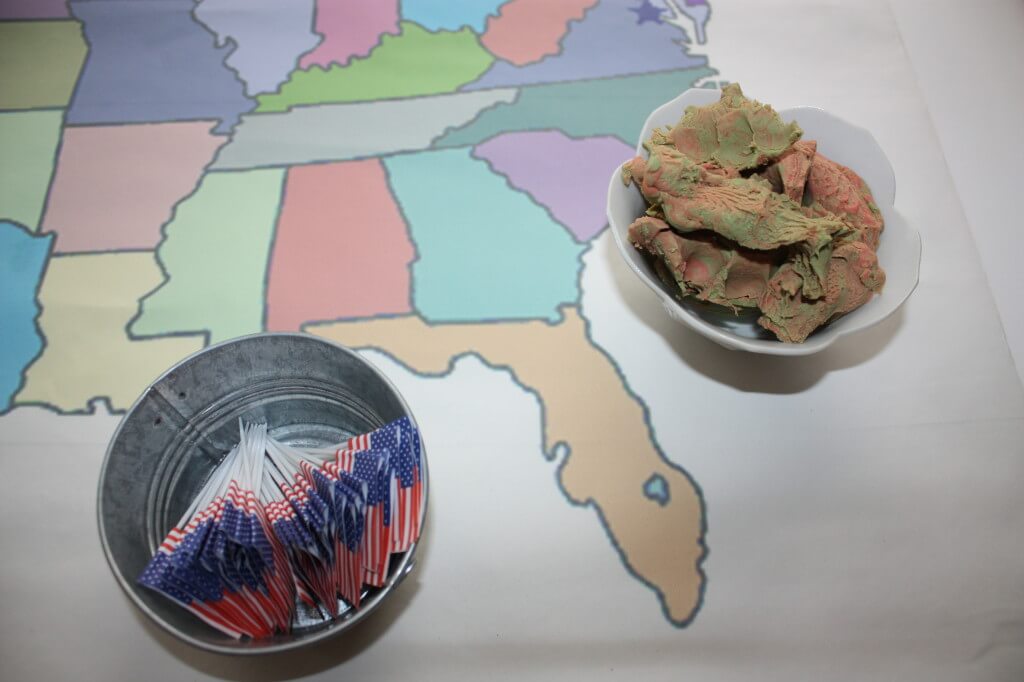 We made play dough balls and picked a state. I named the state for him and we talked about the first letter of each state. I had my ipad with all the states and names for reference (good geography lesson for me) so I could show him the state to see the first letter if the state didn’t make the correct sound. We are still on basic phonics right now. he did really well and it was kind of funny since we had just worked on the letter ‘M’ and so many states begin with ‘M’ including ours, Massachusetts. 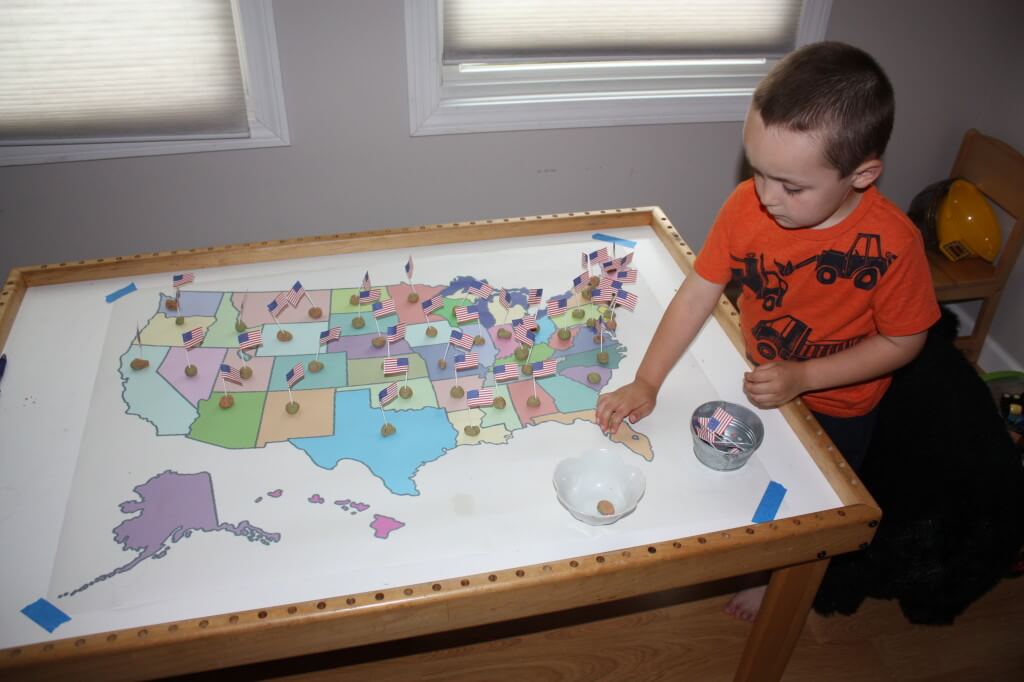 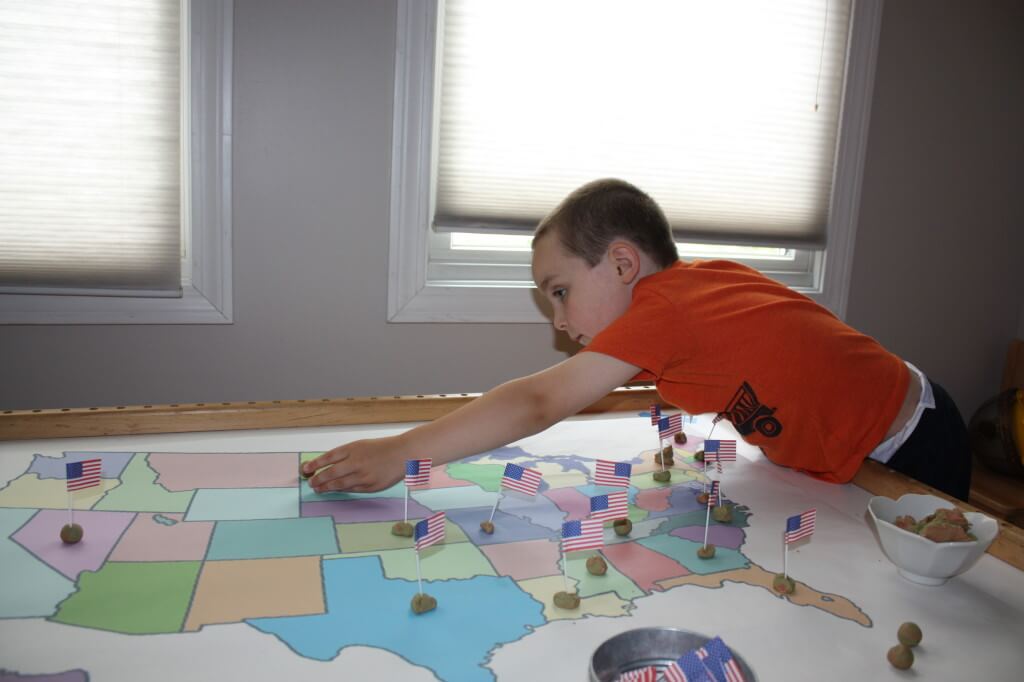 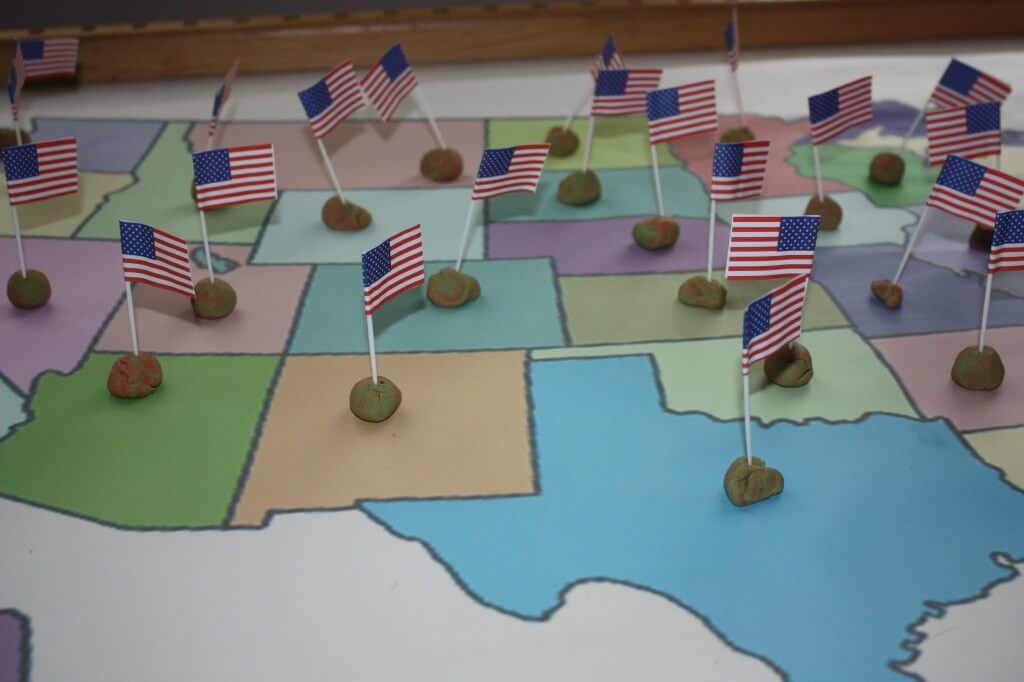 We took turns picking out states and although there is so much I could explain, I kept the facts basic and really just repeated the few simple concepts I started with in the beginning. Once we had finished and disassembled everything, I asked him a couple of questions and he did remember a little bit. This was a longer than usual activity for us since we went to fifty but he handled it very well. I am also trying to remember to offer him a trampoline break. This was a great activity that covered so many lessons in one very fun hands-on activity. I love when we can work together on a big project!

Sort of a larger than life project for an overcast afternoon, pre 4th of July!

Before we started, he told me (all by himself) to put my hand over my heart and he recited the Pledge of Allegiance and then sang Yankee Doodle.