Kids of all ages are going to have a literal blast with these homemade pom pom shooters or poppers! Super easy to make which you can see in the video below, you can put all of those toilet paper rolls and extra balloons to good use and keep the kiddos busy firing pom poms at each other. This pom pom shooter craft makes a great indoor activity any time of the year. Plus, you can make them colorful and fun using whatever craft materials you have on hand.

Don’t let another stuck inside or rainy day pass you by without making one of these pom pom poppers! If you’ve been stashing away the extra, empty toilet paper tubes, now’s the time to break them out! Or if you have extra paper or plastic cups, those work too!

Some people may also choose to fire off marshmallows, but we prefer pom poms. Styrofoam balls and ping pong balls work as well. Turn it into a science experiment too because there is a bit of easy physics involved! Read on to learn more and add this pom pom shooter to your next indoor day!

HOW TO MAKE A POM POM SHOOTER

Hopefully, you will find everything you need to make these around the house. If you don’t have pretty colored tape and paper you can improvise with markers and duct tape or whatever you have! Check out more ways to use balloons below.

Note: The following instructions will cover both the paper cup shooter and the toilet paper tube version. 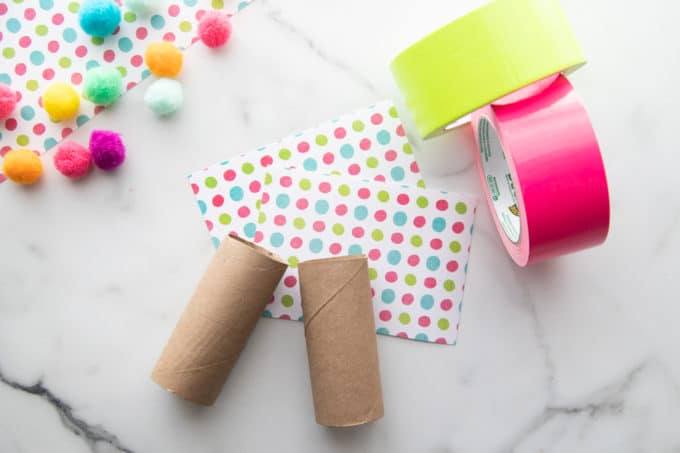 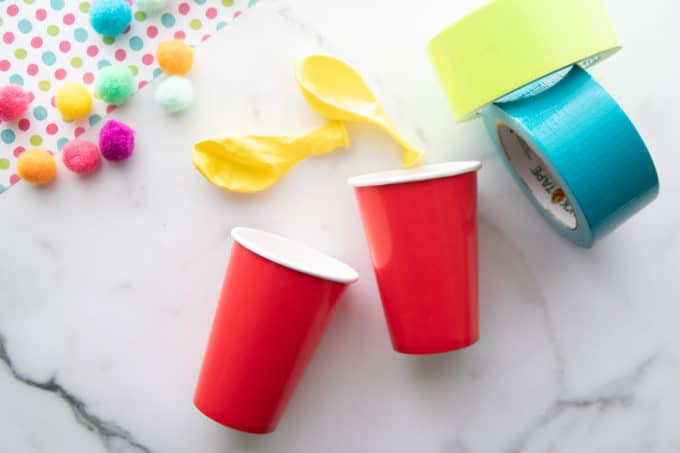 Get ready to get creative! 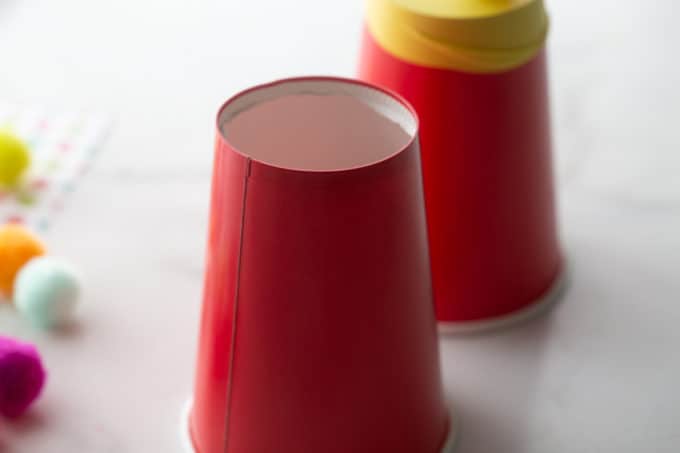 Step two is optional depending on how crafty your kiddos want to get with this project. Decorate your cup or tube with paper, stickers, tape, etc. 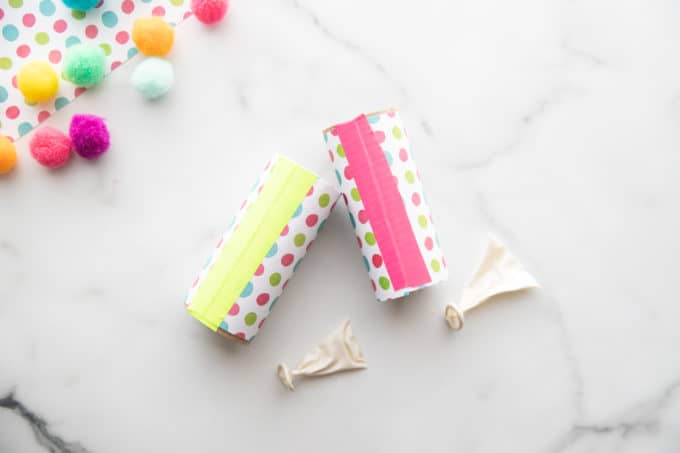 Trim the very top off a standard 12” balloon with scissors.  Knot the end of the balloon.  Gather the cut balloon and stretch it over one end of the cup, centering the knot over the opening. Do the same if you are using a cup! 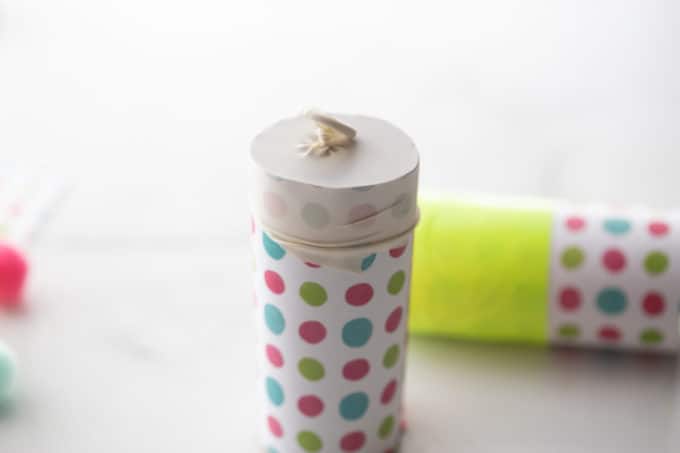 Next, you want to secure the balloon piece on to paper cup with duct tape.  (Washi style tape will only work short term because it is not a sticky as the duct style tape). Alternatively, a glue gun will work for this step. 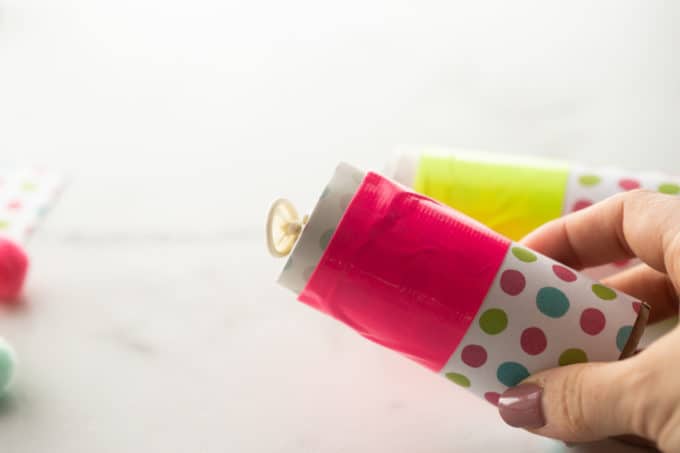 Time for the fun! Load the pom pom shooter with pom-poms, pull back on the knotted end and then let go to launch the pom poms!

Turn it into an experiment by comparing different launch items to see what works best and flies the farthest. You can even take measurements and record data to extend the learning portion of this winter STEM activity.

Other fun items like this that explore Newton’s 3 laws of motion are a homemade craft stick catapult or a balloon rocket! 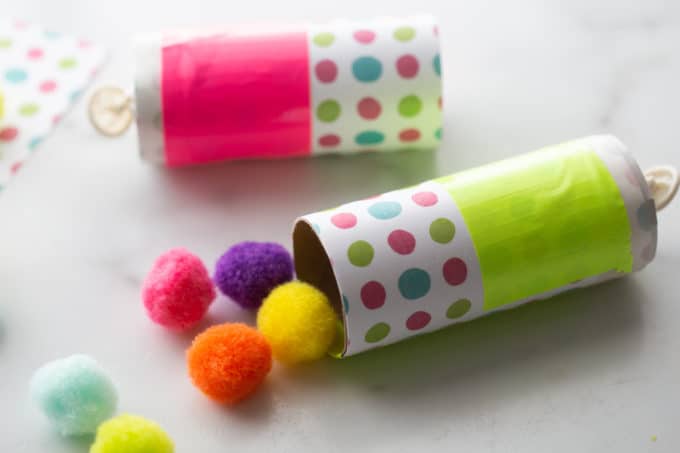 HOW DOES A POM POM POPPER WORK?

Learn a little bit more about how your homemade pom-pom shooter works and why we like to include it in our toolbox of easy STEM activities! There’s a bit of fun physics here. Kids love exploring Sir Isaac Newton’s laws of motion.

The first law of motion states that an object will remain at rest until a force is placed on it. The pom-pom isn’t launching buy itself, so we need to create a force! That force is the balloon. Does pulling the balloon further create more force?

The second law of motion says that a mass (like the pom-pom, marshmallow, or styrofoam ball) will accelerate when a force is placed on it. Here the force is the balloon being pulled back and released. Testing different objects of different weights might result in different acceleration rates! 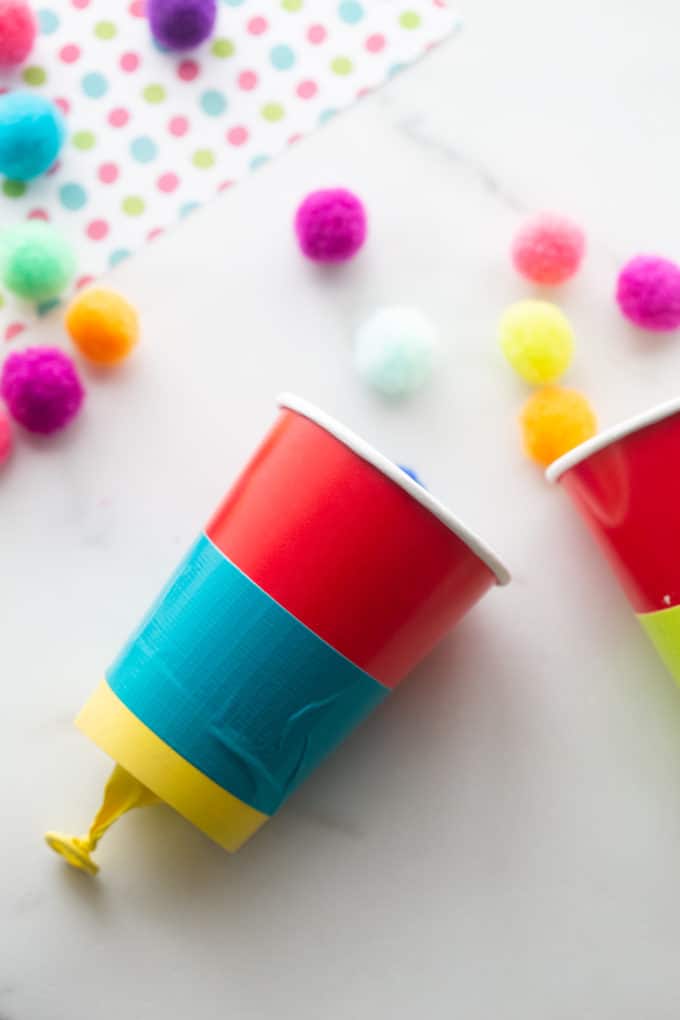 MORE FUN WITH PHYSICS AND BALLOONS!

Just another fun idea to add to our growing list of indoor activities for kids. 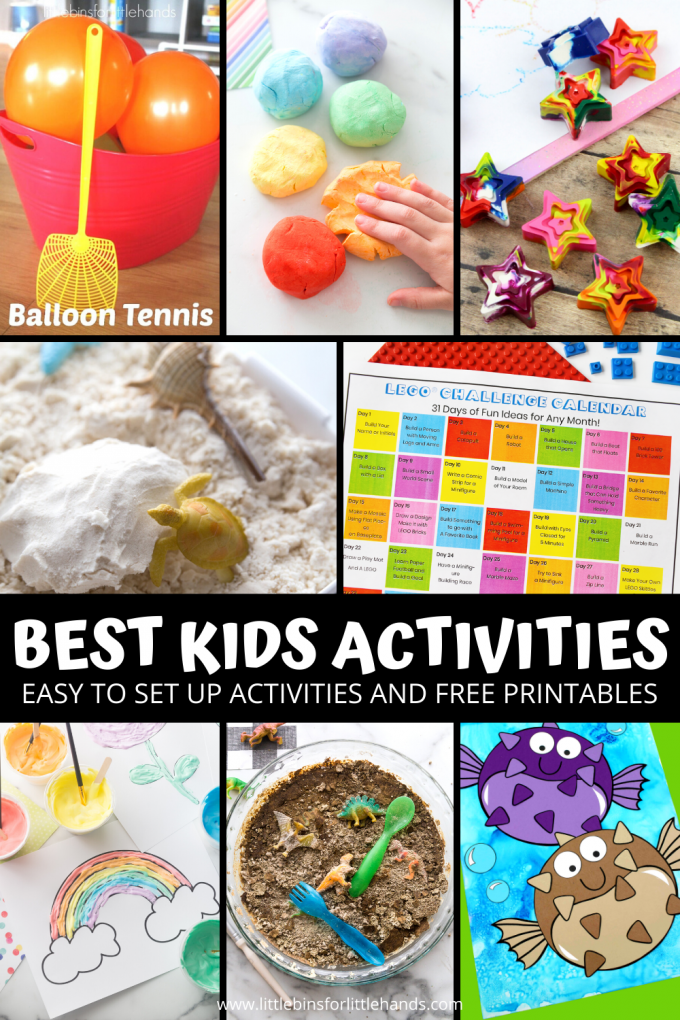