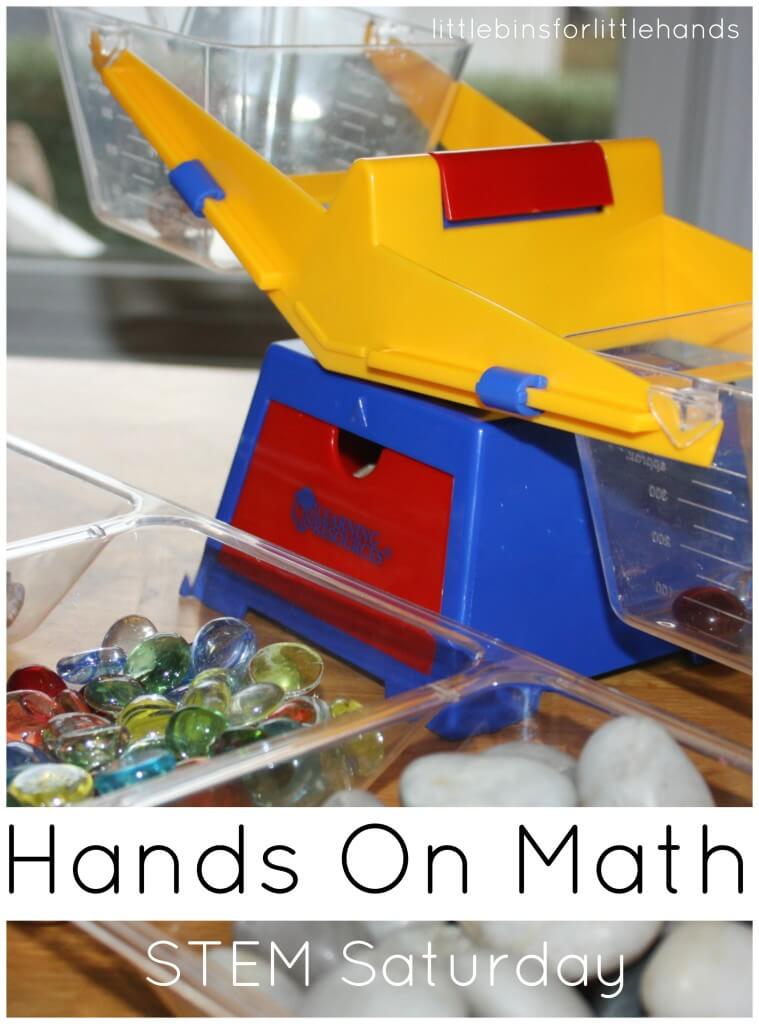 STEM is such a huge part of kids learning! Many concepts include a little bit of two or more subjects anyway! Please join us every Saturday and visit the other participating blogs and leave STEM-inspired links of your own below!

Preschoolers are curious creatures. Science experiments, math problems, engineering ideas, and current technology fuel their curiosity for the world. Learning how to observe, experiment, build, manipulate, create, problem-solve, and question are amazing tools for the future!

We have been experimenting with our balance scale for play and learning so naturally we have been weighing items around the house and comparing different objects. This simple scale offers up so much room for experimenting with how heavy or how light different materials way as well as comparing and contrasting them. Lots of discussion with great concepts such as more and less and even are part of this weighing activity.

I set this up as a simple invitation to explore but added a dry erase board and marker if he wanted to explore numbers and compare objects in a more structured way. 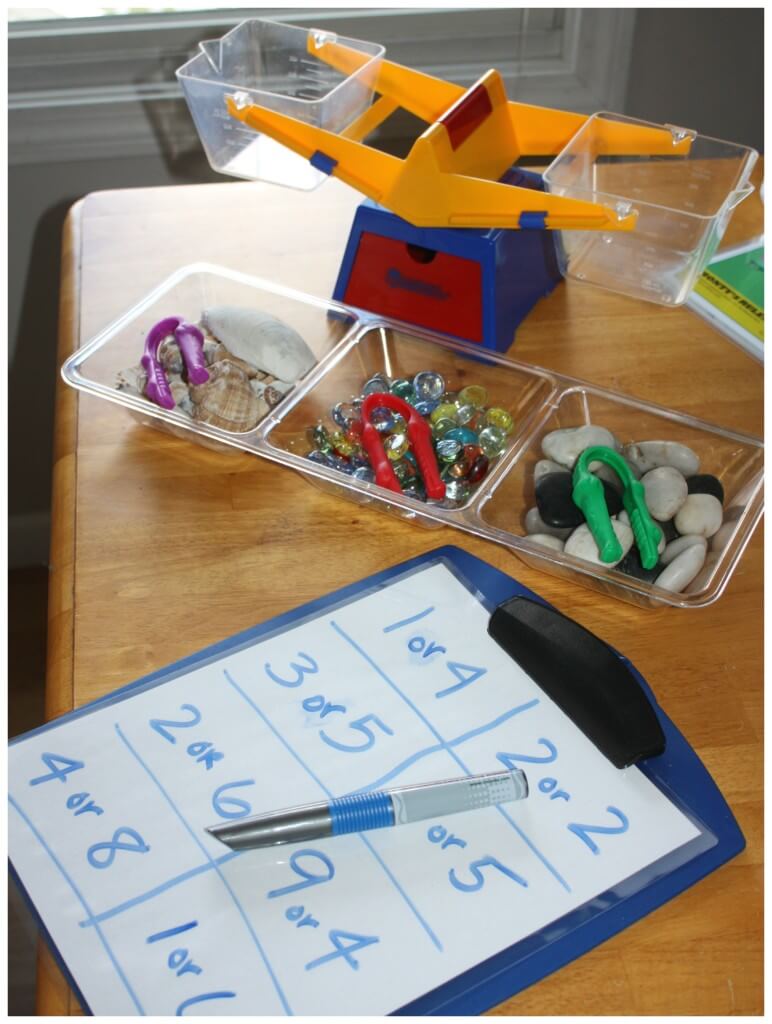 He enjoyed the direction of having numbers to follow on the sheet and he enjoyed being able to circle his findings and tell me what to write in for objects he chose. We went about this several ways. First he code a material to represent each number and filed each side of the scale. Before we could see what happened, I would have him guess which side would be heavier. Then we switched the amounts of the items and he would guess again. So if he picked 3 rocks and 5 gems as his objects to weigh, he would then switch it to five rocks and three gems. This was great for learning that just because there is more of something doesn’t mean it is heavier! 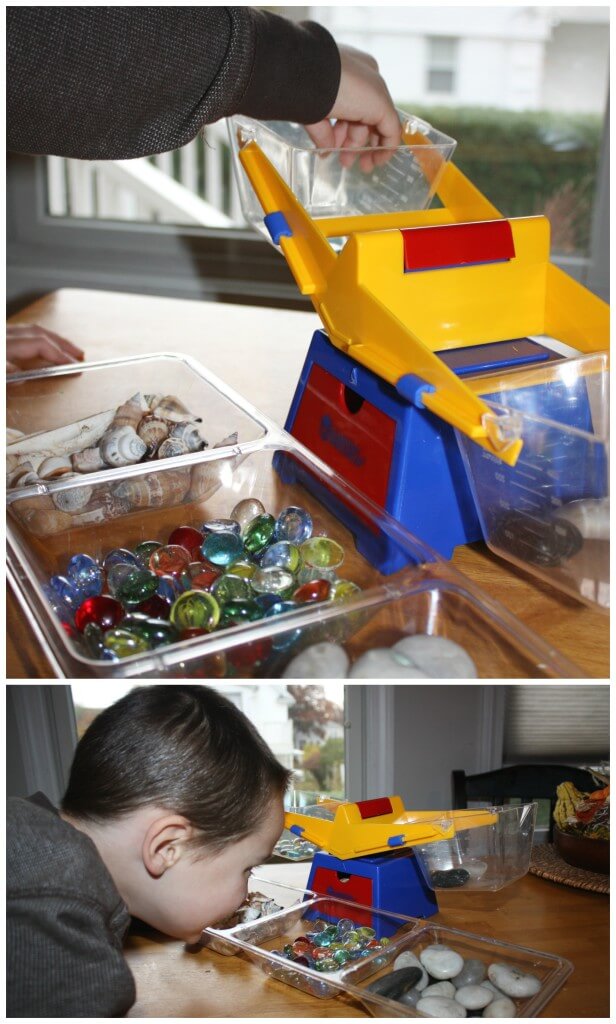 We then would try to even out the balance. So if he had three rocks on one side, he would keep adding shells until the scale was balanced. As a final step he would count all the shells too! Great counting practice involved since it took 30 shells to balance out two rocks! 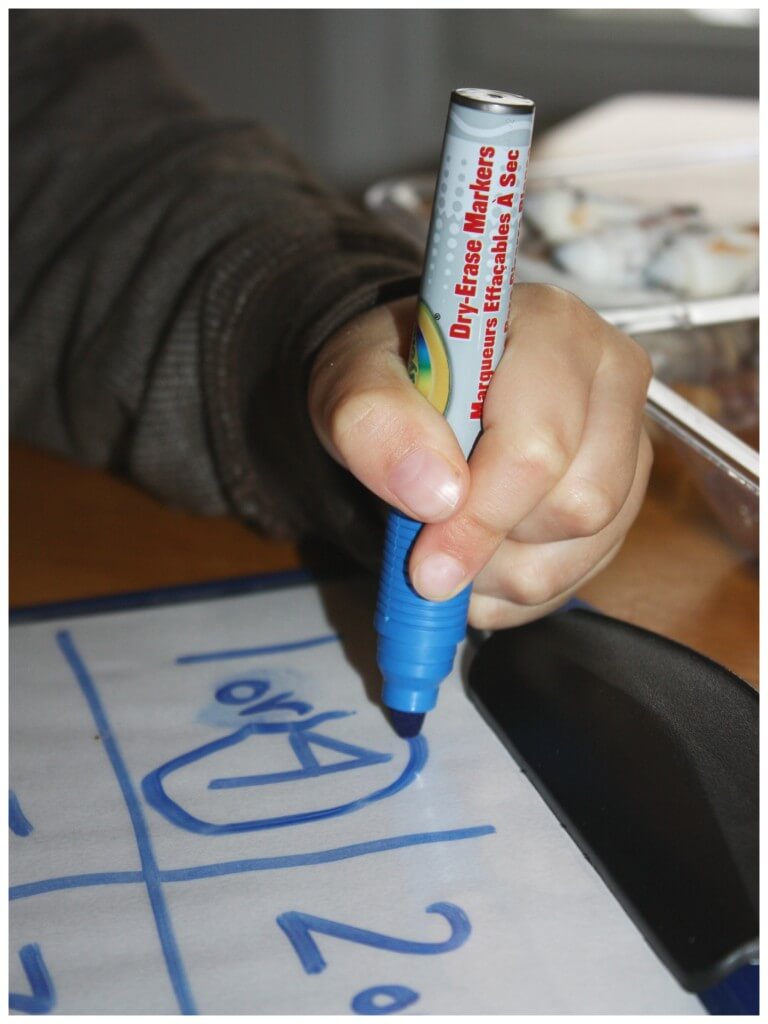 He enjoyed counting and choosing his own materials to test as well. 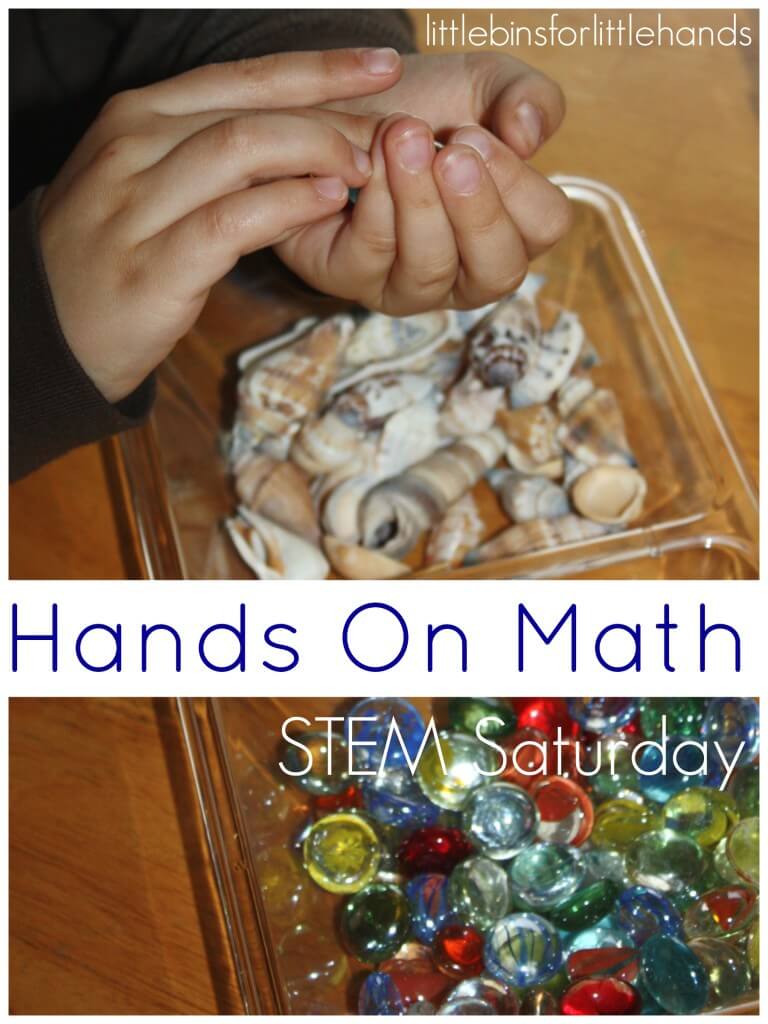 Try It Again With Water and Gourds! 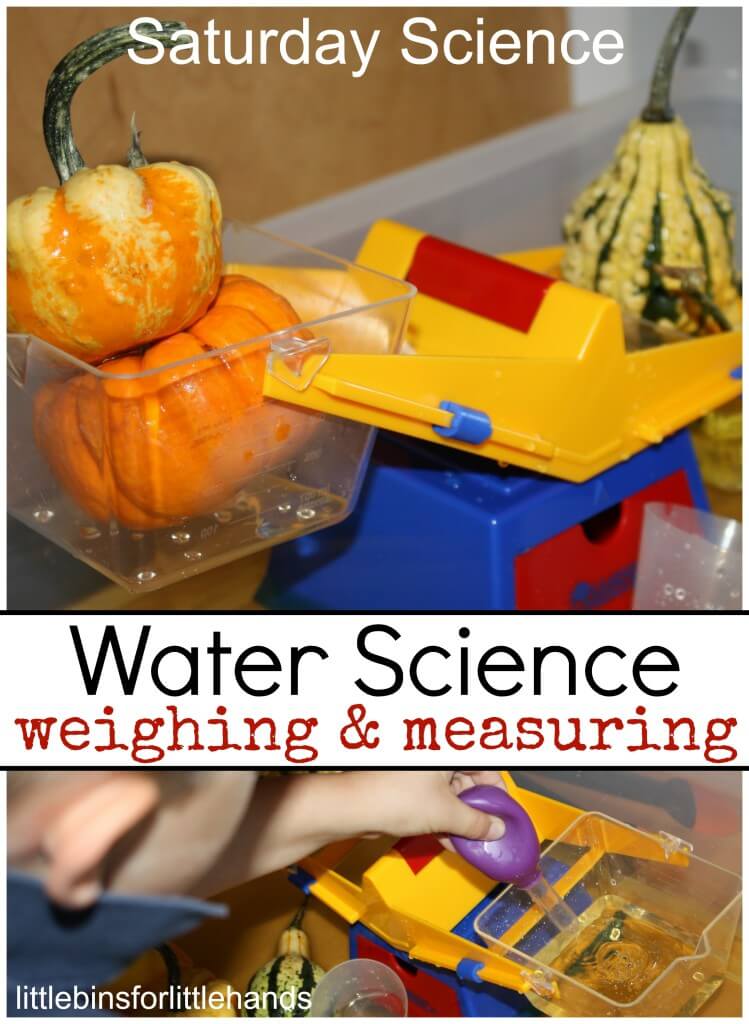 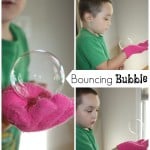 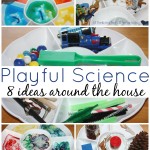 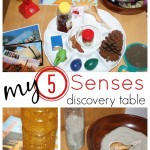 Try one of these anytime science ideas (click photo)… 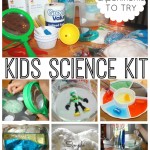 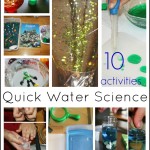 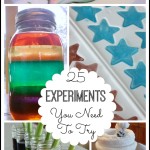