That’s correct! Sharks don’t sink and they are actually quite buoyant despite the size of some species. They would sink like a rock if it wasn’t for a few cool features. Shark Week is coming soon! So we are taking a closer look at these amazing creatures of the ocean world. Let’s start with a quick floating shark activity and look at how do sharks float.  Here is a simple science lesson in buoyancy and the anatomy of the shark for kindergarten to elementary! 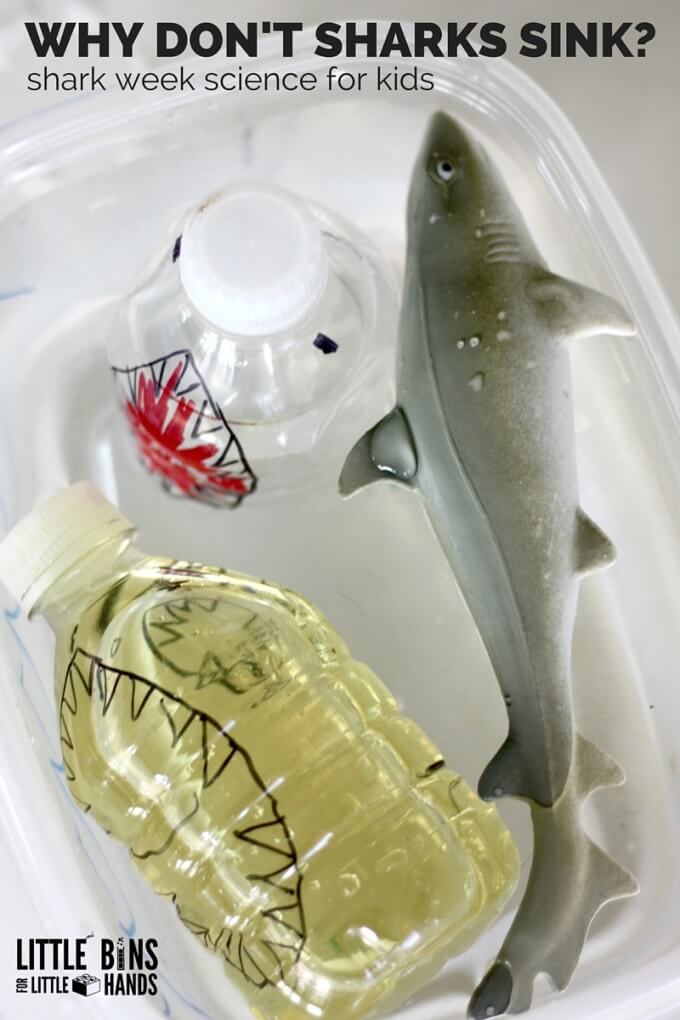 Sharks are buoyant, in other words they don’t sink but they really should! Buoyancy is the ability to float in water or other fluids. Sharks need to put effort into remaining buoyant. In fact, if they stop swimming they will sink.

How does a shark float? There are three main ways that sharks use their bodies to float. This floating shark activity below covers one of them, the oily liver! Sharks rely on a pretty big oil-filled liver to help them stay buoyant in water.  Learn more about how that works below… 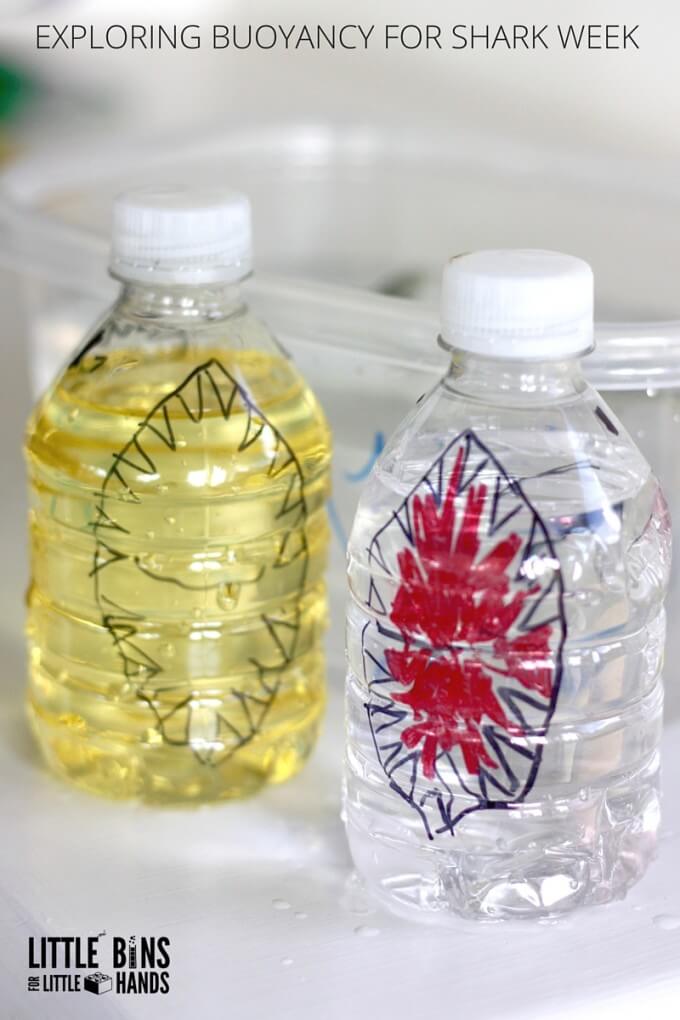 This shark activity is a great lesson in the density of liquids too! Plus, it’s easy to set up with everything you need found in your kitchen cupboards.

STEP 1: Fill each water bottle equally with oil and water.

STEP 2: Set out a large container or bin filled with water that is big enough to hold both the bottles and possibly a shark toy if you have one. If you want to get a little crafty, draw a shark face on the bottle. I am not so crafty but managed something that my six year old recognized as a shark. 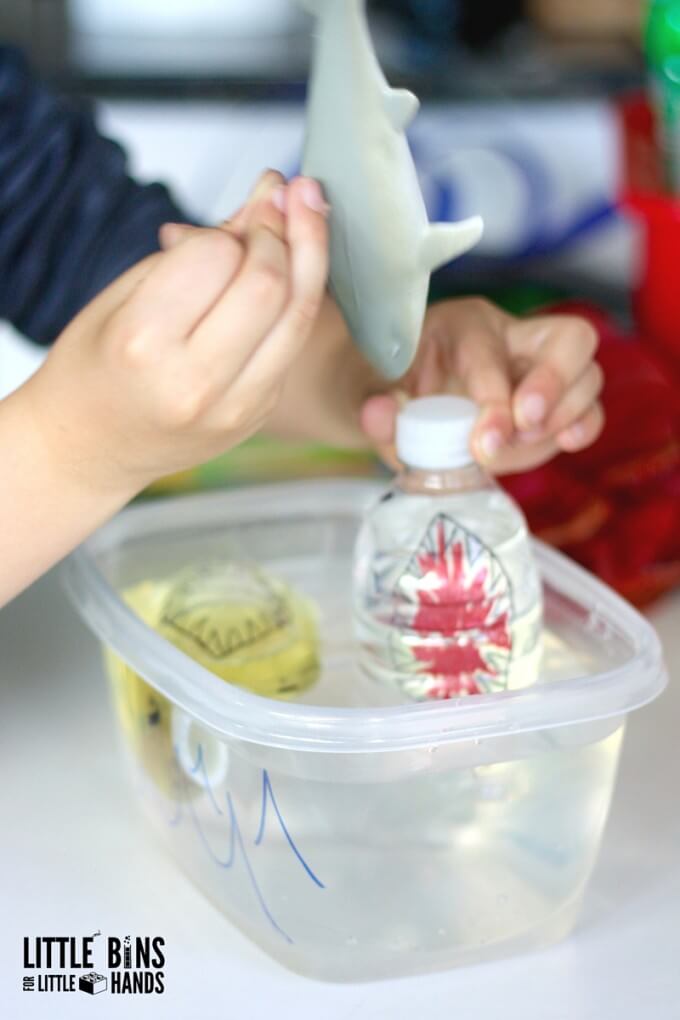 WILL YOUR SHARK BOTTLE SINK OR WILL IT FLOAT?

The bottles represent the shark. The oil represents the oil that is in the shark’s liver. Now make sure to ask your kids what they think will happen to each bottle as they place it in the bin of water. 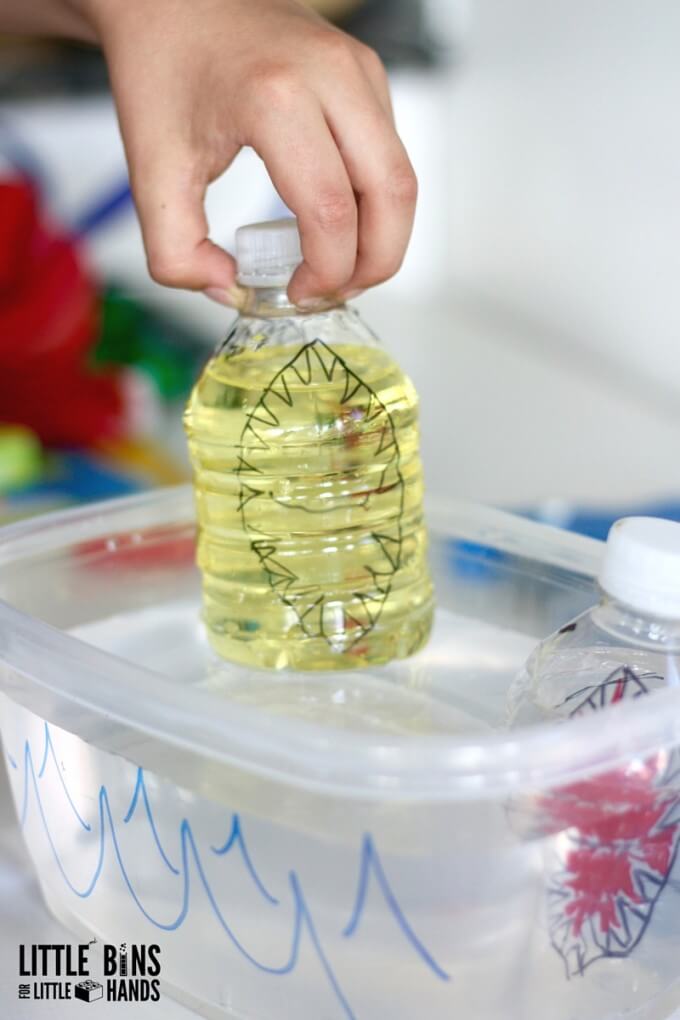 As you can see the oil filled bottle floats! Which is exactly what the large oil-filled liver of the shark does! It’s not the only way a shark remains buoyant, but it is one of the cool ways we can demonstrate shark buoyancy for kids. Oil is lighter than water which is why the other bottle sunk on us.  So this is how sharks maintain buoyancy without a swim bladder. 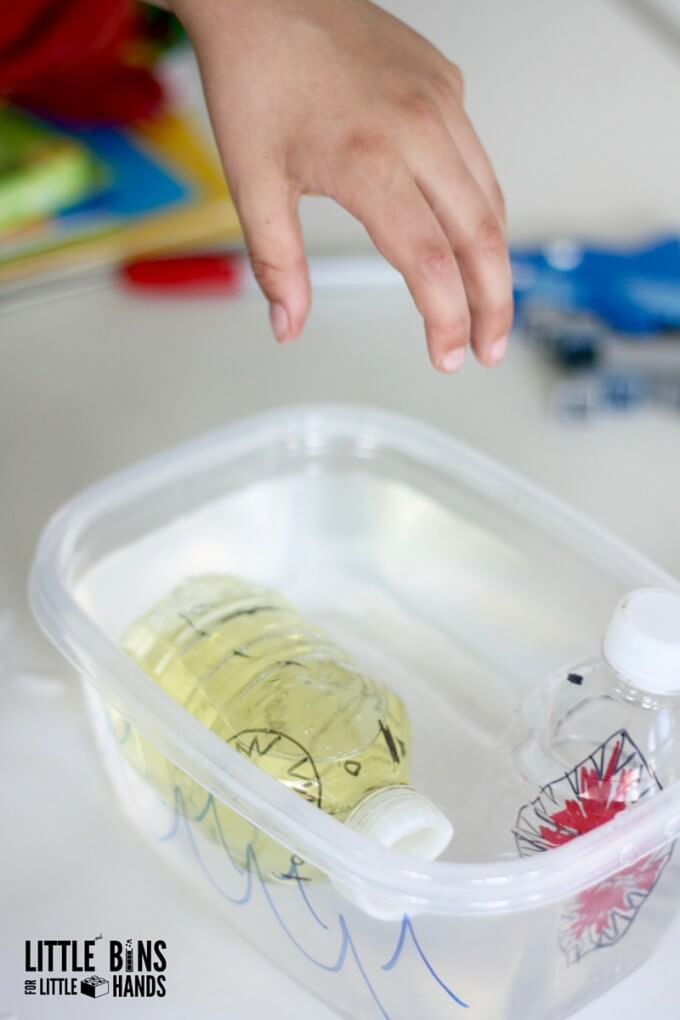 HOW ELSE DOES A SHARK FLOAT?

Remember I said there were three ways a shark’s body helps with buoyancy.  Another reason sharks float is because they are made of cartilage rather than bone. Cartilage is, you guessed it, much lighter than bone.

Now let’s talk about those shark fins and tail. The side fins are somewhat like wings while the tail fin generates constant movement pushing the shark forward. The fins lift the shark while the tail moves the shark through the water. However, a shark cannot swim backward!

A simple and fun shark science activity for kids! What else sinks and floats around the house? What other liquids could you test out? We are going to be enjoying shark week all week long! 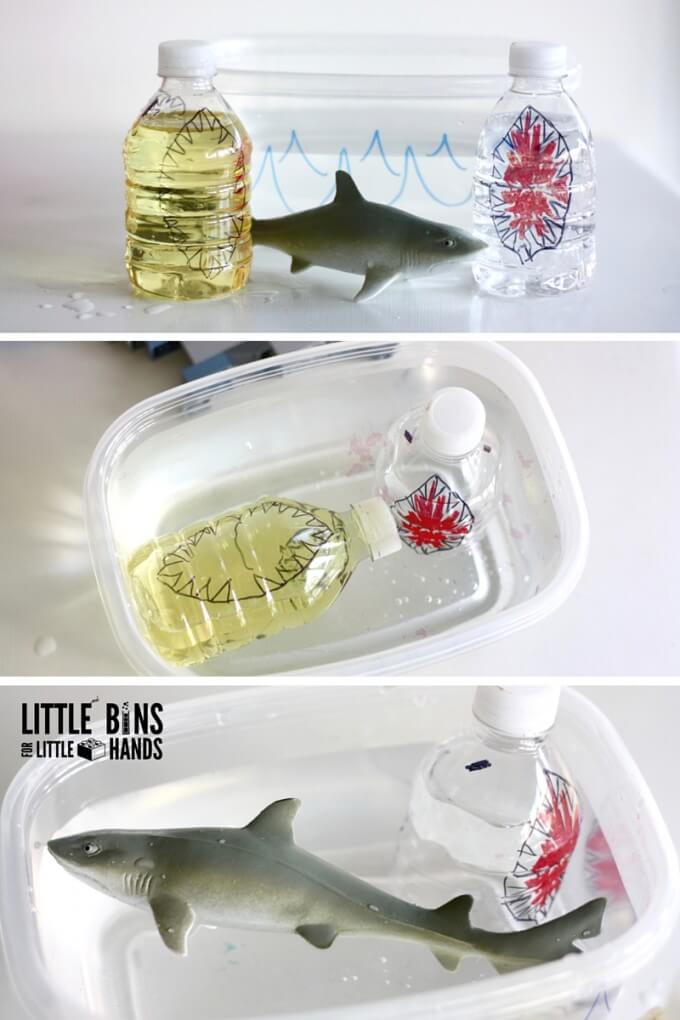 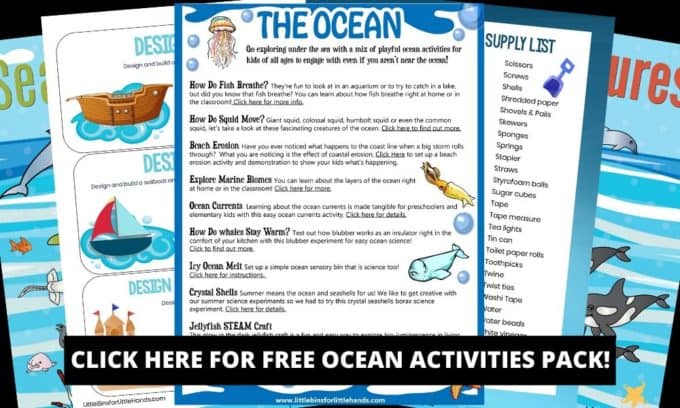 Click on the image below or on the link for more fun ocean activities for kids! 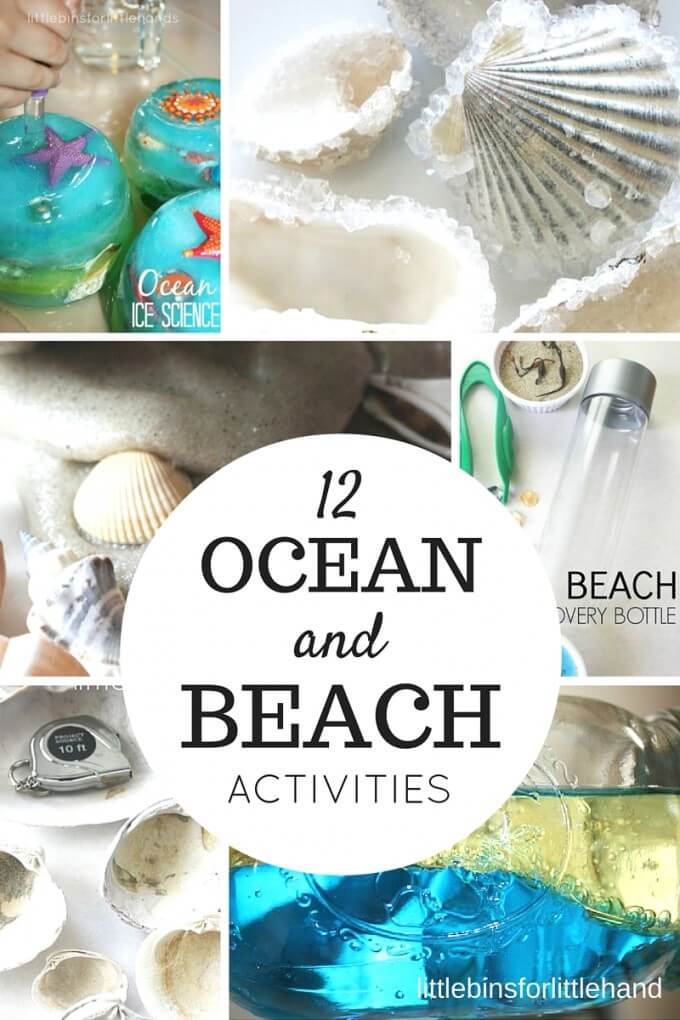