We are definitely guilty of throwing around our share of confetti on New Years Eve. The messy tradition started a few years ago and I can only imagine the mess this year. Our DIY New Year’s poppers make celebrating New Years super fun! Make your own poppers and get into the spirit of New Year’s Eve with a few activities that will make the night extra festive.

MAKE YOUR OWN CONFETTI POPPERS FOR NEW YEARS 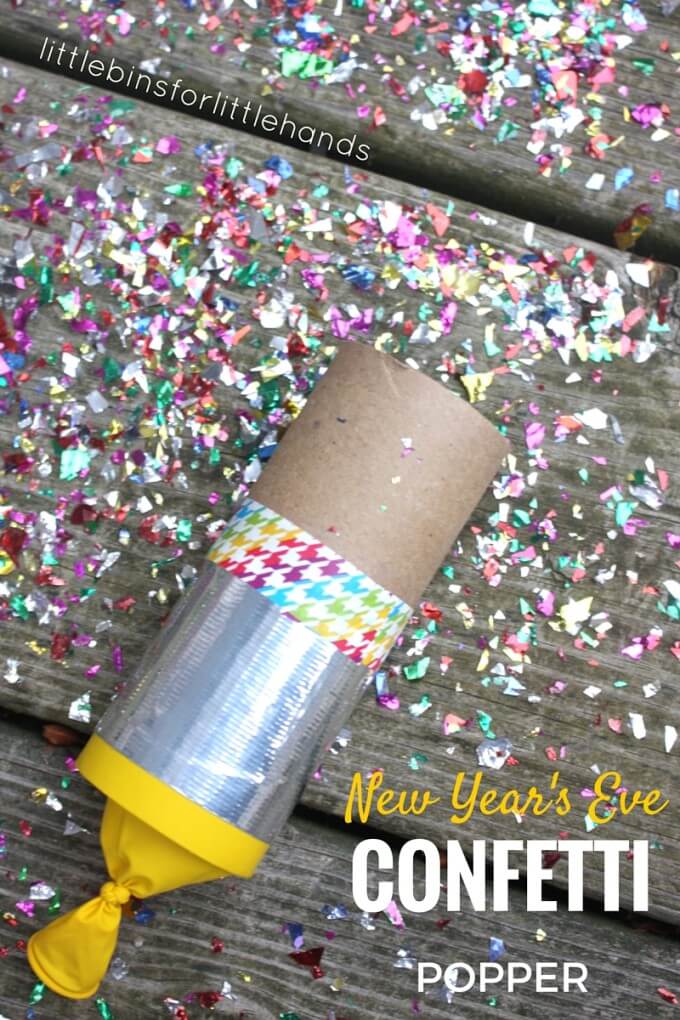 Welcome in the new year with confetti! These confetti poppers are easy and quick to make and they make a great New Year’s Eve craft activity to prepare for the big night. Set up an invitation to get a little messy!

Check out this confetti filled slime video to add to the day!

We tested different length confetti poppers and had different results for each, but each size still had a fun pop of confetti! The toilet paper tube size might be best for small kids. 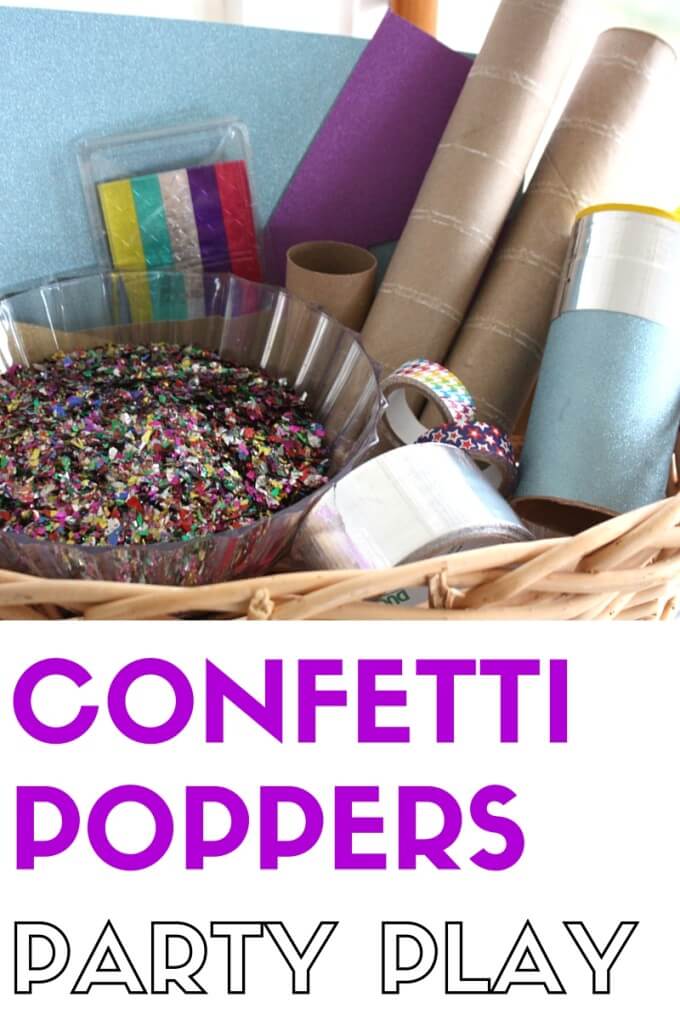 HOW TO MAKE CONFETTI POPPERS

Confetti poppers are easy to make but may require adult help with the scissors and tape to cut and secure the balloon.

STEP 1. First you want to cut the tip off the balloon as show below.

Then you want to knot the other end of the balloon.

Place the balloon on the paper tube as shown below and secure well with tape. 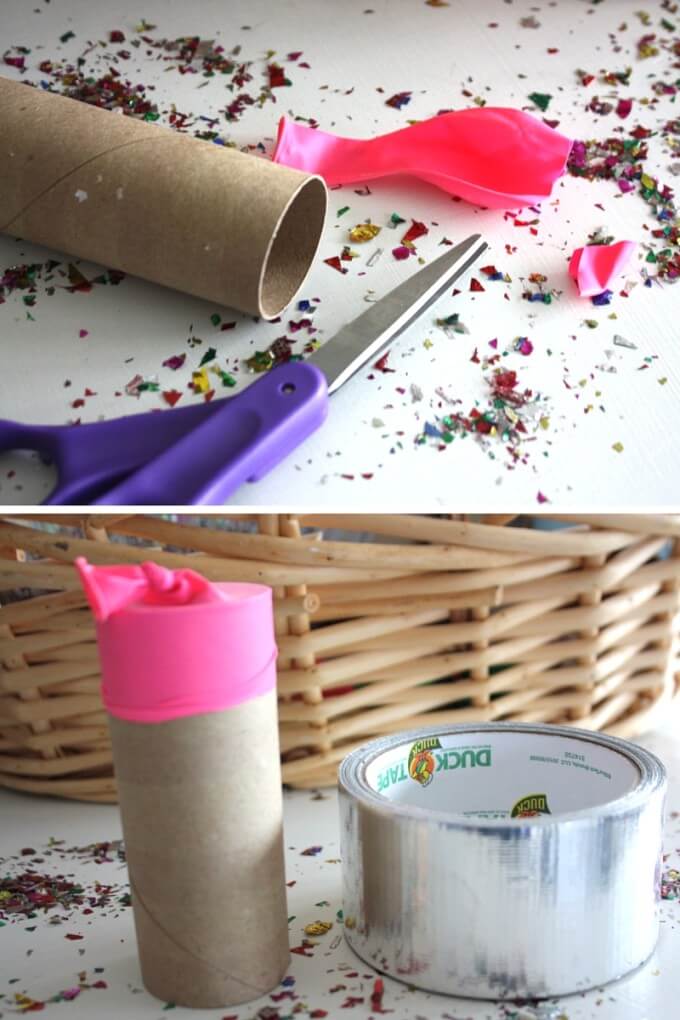 STEP 2. Decorate your confetti poppers with colored paper or scrap book paper. We have a book of glittery paper that we used. Even basic white computer paper will work!

Alternatively or in addition to the paper, you can use colored tape or washi tape to decorate the outside. Small stickers and markers can also be used to decorate the party poppers. 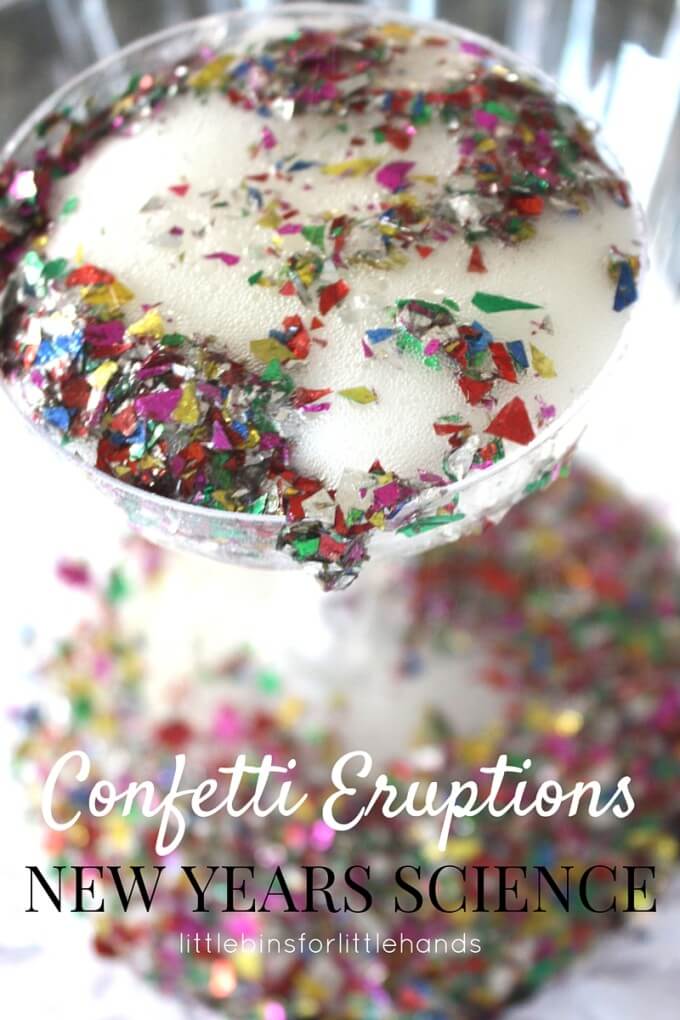 STEP 3. Fill your confetti poppers with a scoop or two of confetti. Pull down on the balloon end and let it pop!

There’s a little bit of science even in New Year’s poppers! Newton’s Third Law of Motion says that for every action there is an equal or opposite reaction.  That means when you pull down on the balloon, you build up stored (potential) energy. When you release the balloon, the stored energy forces the confetti up and out of the tube. There you go! 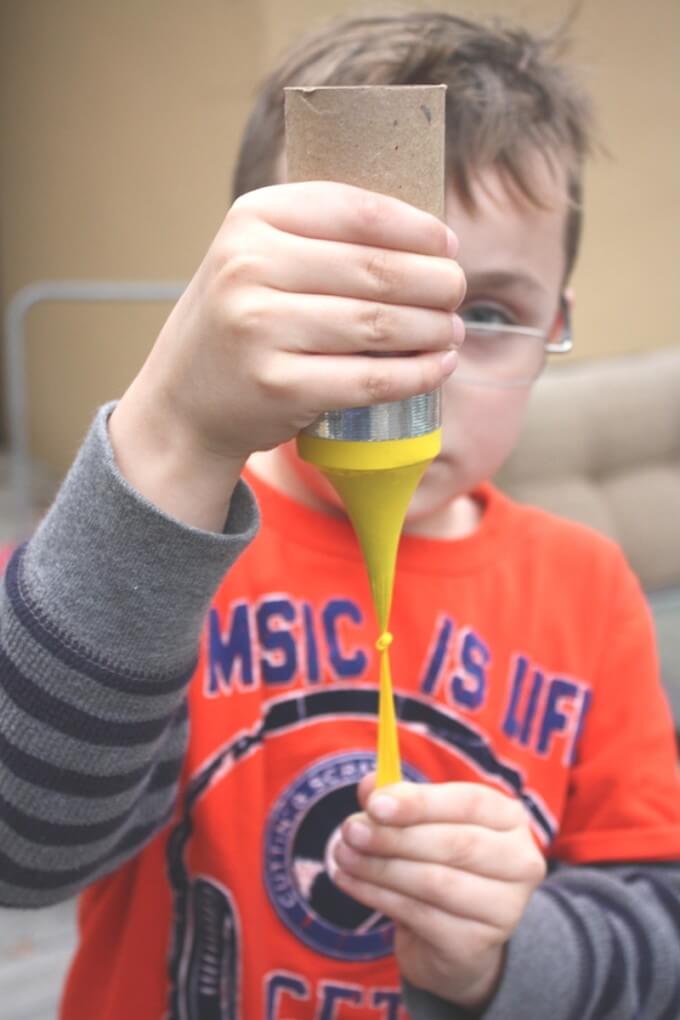 Depending on the amount of glitter in the confetti poppers, you may have to pop it a few times to get it all out! My son could shoot off our confetti poppers over and over again.

Be prepared, confetti poppers will make a mess, but it’s a party right! New Year’s Eve is all about the confetti! 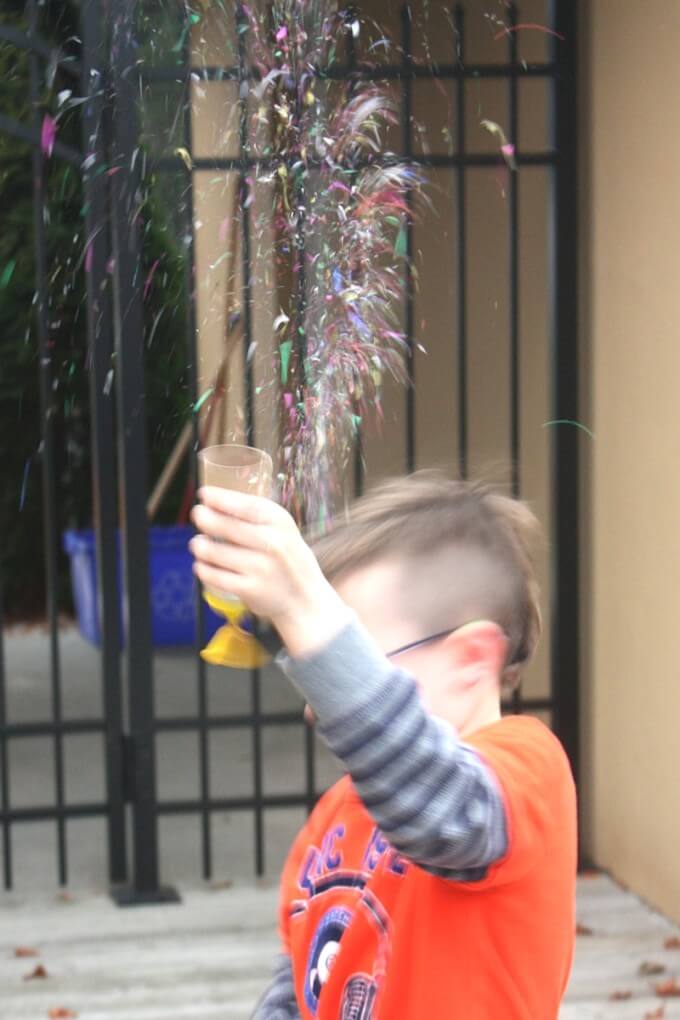 Check out the awesome pop of sparkling confetti! Enjoy your poppers inside or outside depending on the weather. Ring in the New Year with burst of confetti and a fun New Years craft. 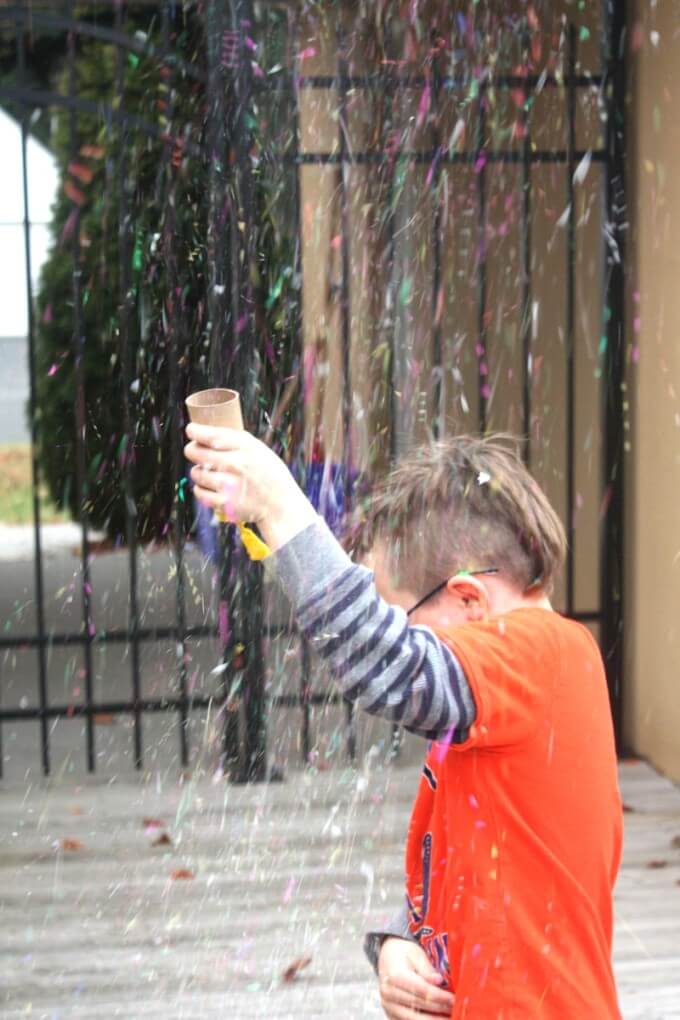 Make a sparkling, glittering shower of confetti! There’s something about making an intentional mess that all kids love!

THIS NEW YEARS MAKE YOUR OWN CONFETTI POPPERS!

Click on photo below for details on more fun New Years activities for kids. 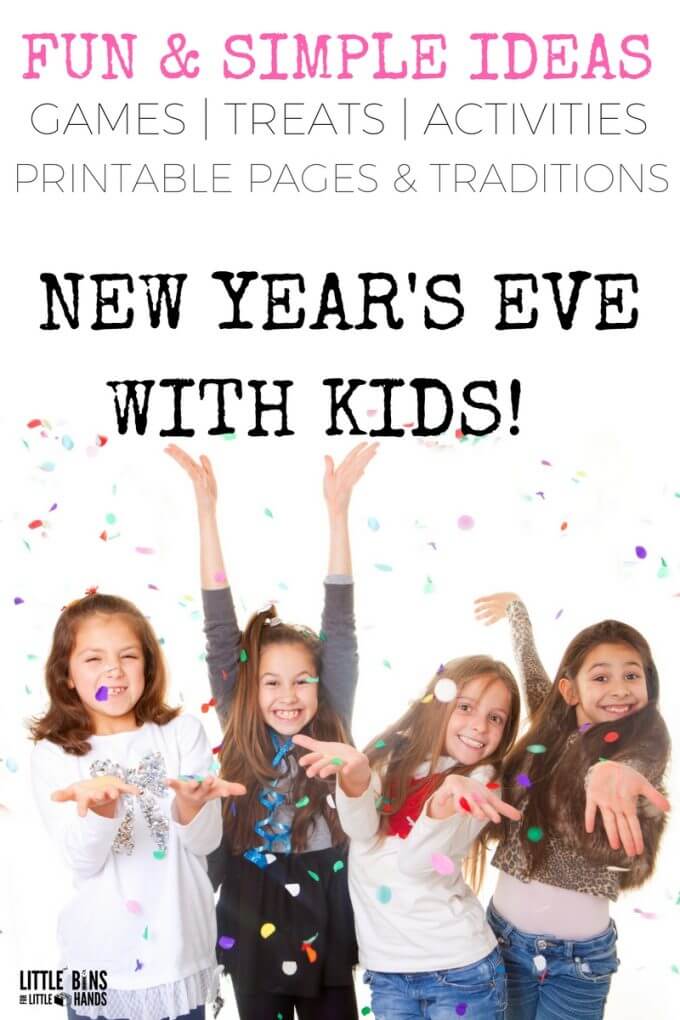