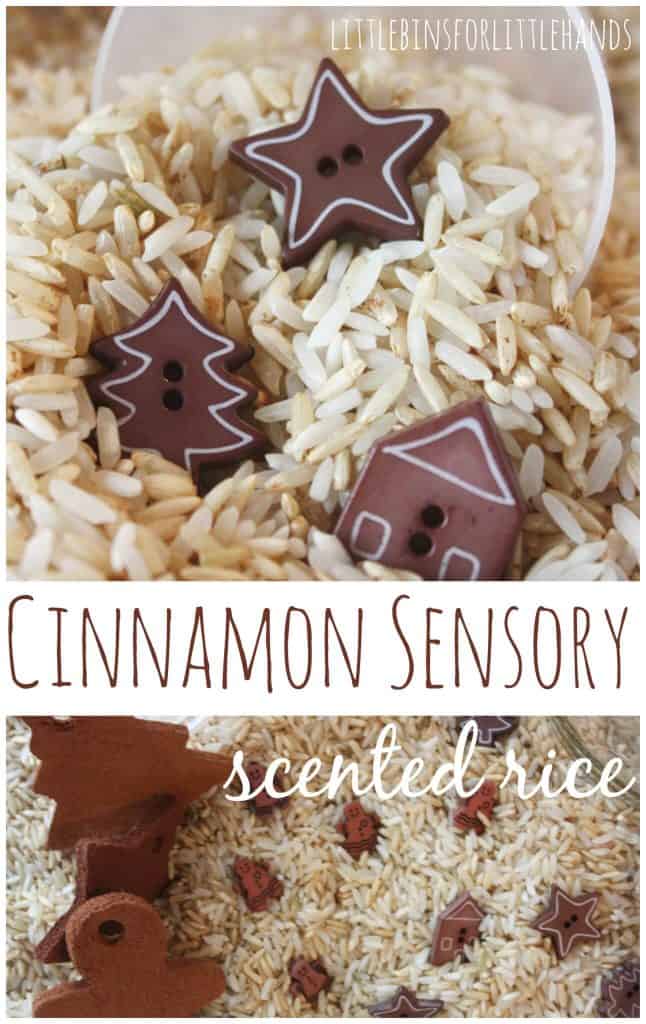 Scented sensory play is also a treat and our vanilla and cinnamon sensory rice play is perfect for Winter or the holidays! We also love our lemon scented rice too! Want to know more about tactile sensory play, make sure to check out our resource guide of tips and ideas!

Make Cinnamon Sensory Rice: Put brown rice in a bag and add about 1/2 tablespoon of cinnamon, 1/2 tablespoon of vanilla, and 1/2 tablespoon of water. Seal the bag and mix, shake, knead with fingers. Spread out on a cookie sheet and it will be ready in about 10 mins. Add to a sensory bin with white rice. Feel free to scent all the rice too! My son doesn’t care for strong scents so I thought adding the extra rice would spread out the scent a bit more. 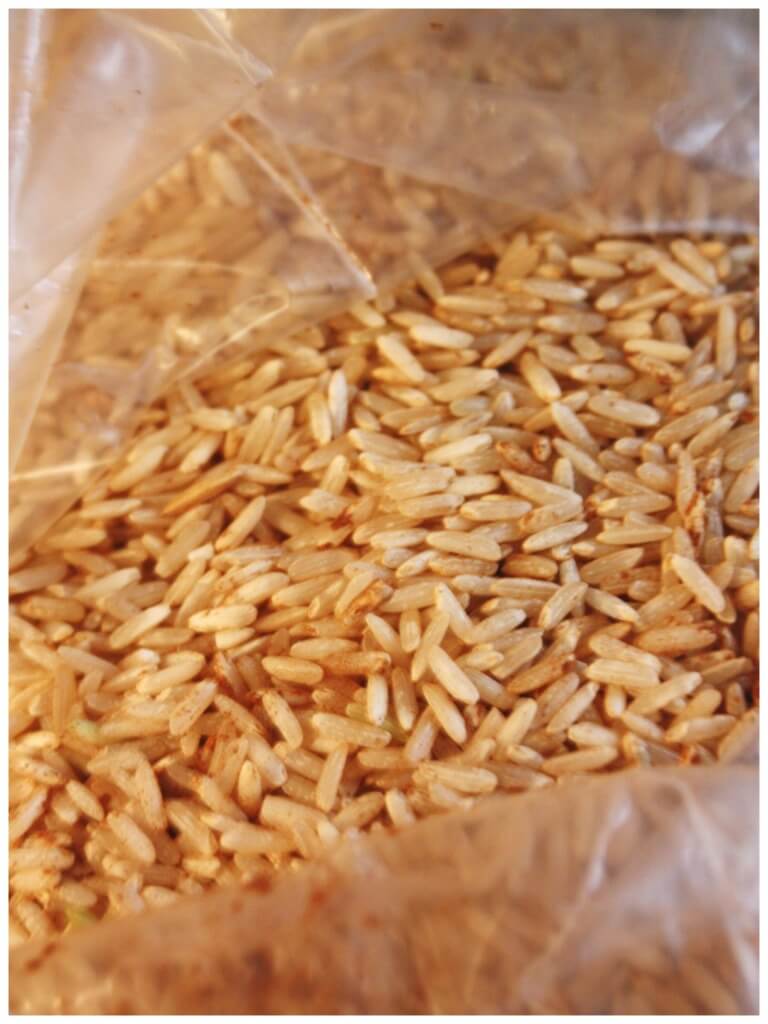 Add any extra goodies for play! I had some gingerbread-themed buttons leftover from another project and these very old but still wonderfully scented cinnamon salt dough ornaments! We haven’t made this year’s ornaments yet! Keep it simple for plenty of tactile and olfactory sensory play opportunities. Our resource guide to sensory play can tell you more about the benefits! Your cinnamon sensory play is ready to go! 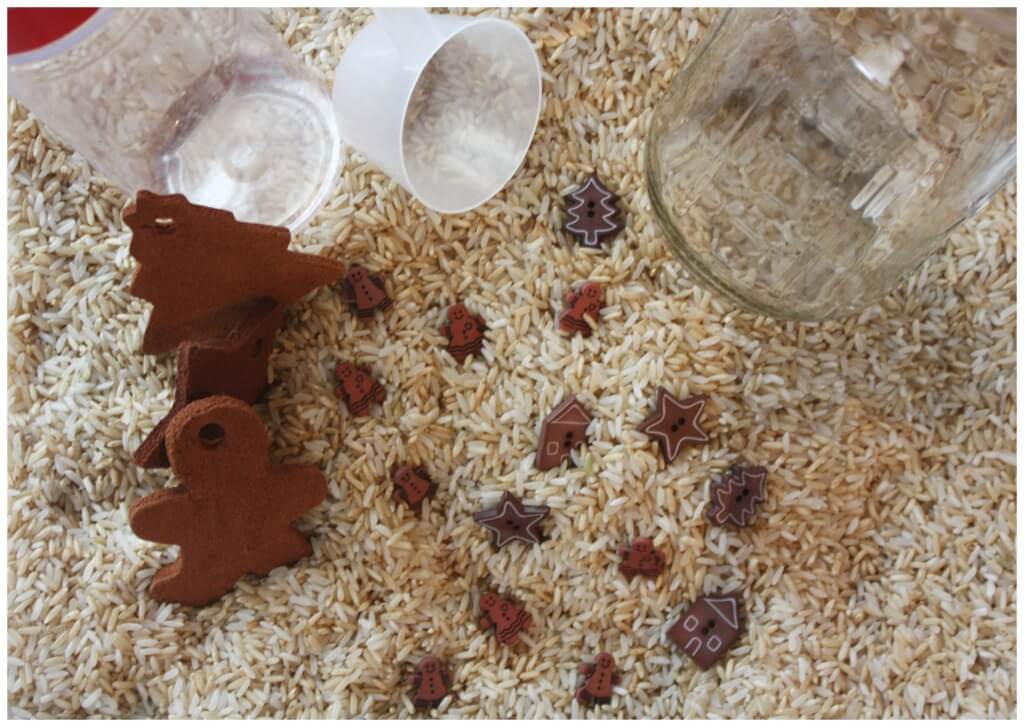 Liam enjoys scooping and filling. He also enjoys finding hidden items in the rice, so I hid all the buttons and told him there were 20 to find. Sneaky math skills! I could also overhear some dramatic play with the large gingerbread man ornament and the Christmas tree! 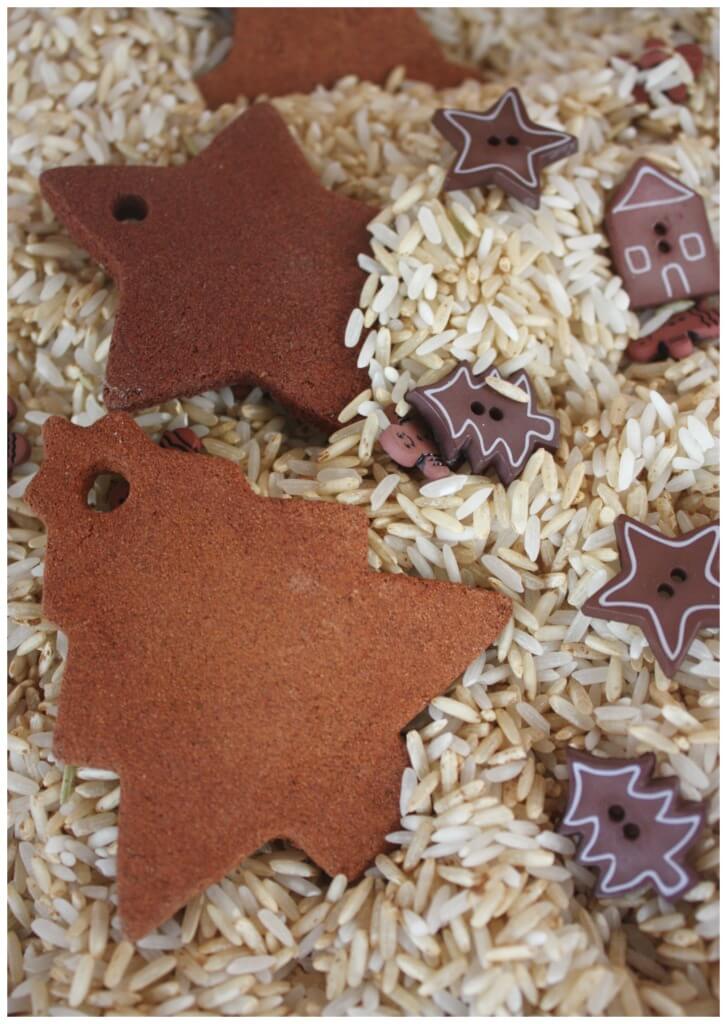 I set this out while I was preparing dinner on a small table near the kitchen. This cinnamon sensory play was a great way to keep him entertained while I was busy. Plus it was close enough for me to be able to hear his play! When I came around to see what he was doing, pine cones and evergreen branches had found their way into the bin. He also had picked out the book Gingerbread Mouse for us to read! 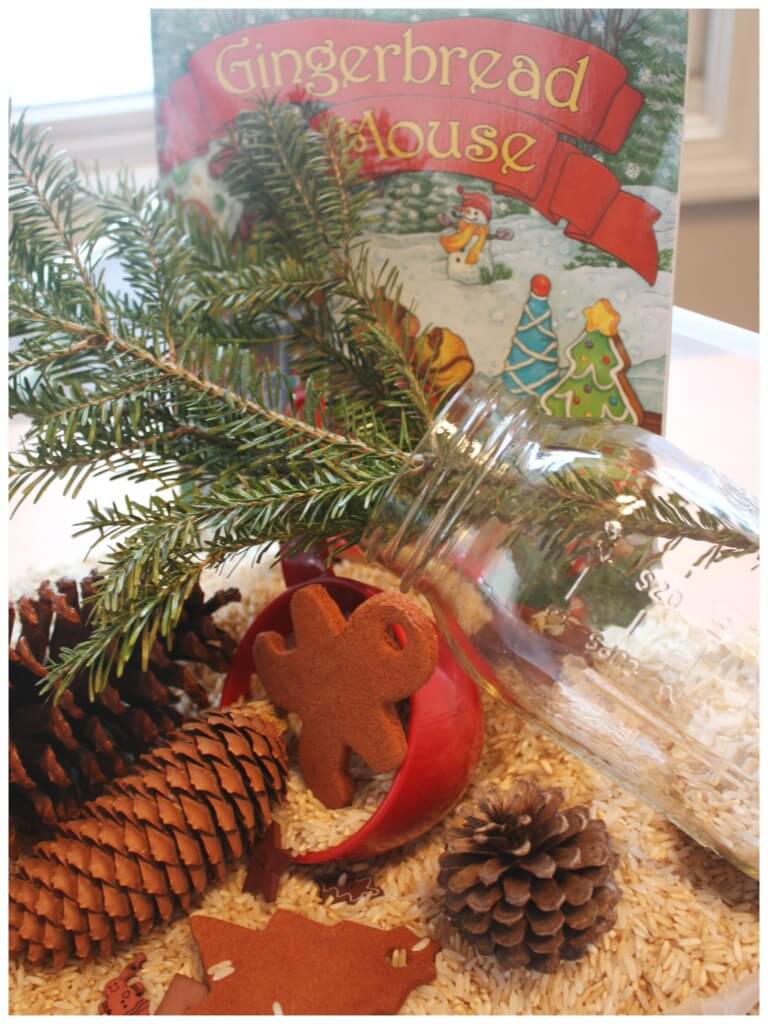 It’s fun to see what a child will come up with too! A sensory bin can be used in so many ways and is a wonderful opportunity to allow your child to explore what makes them happy! Try to step back and watch as often as possible instead of direct. This will help increase independent play skills and confidence too! If he adds something you didn’t originally put in, don’t take it out! Let him or her enjoy the sensory bin for themselves. There are so many hidden learning opportunities! 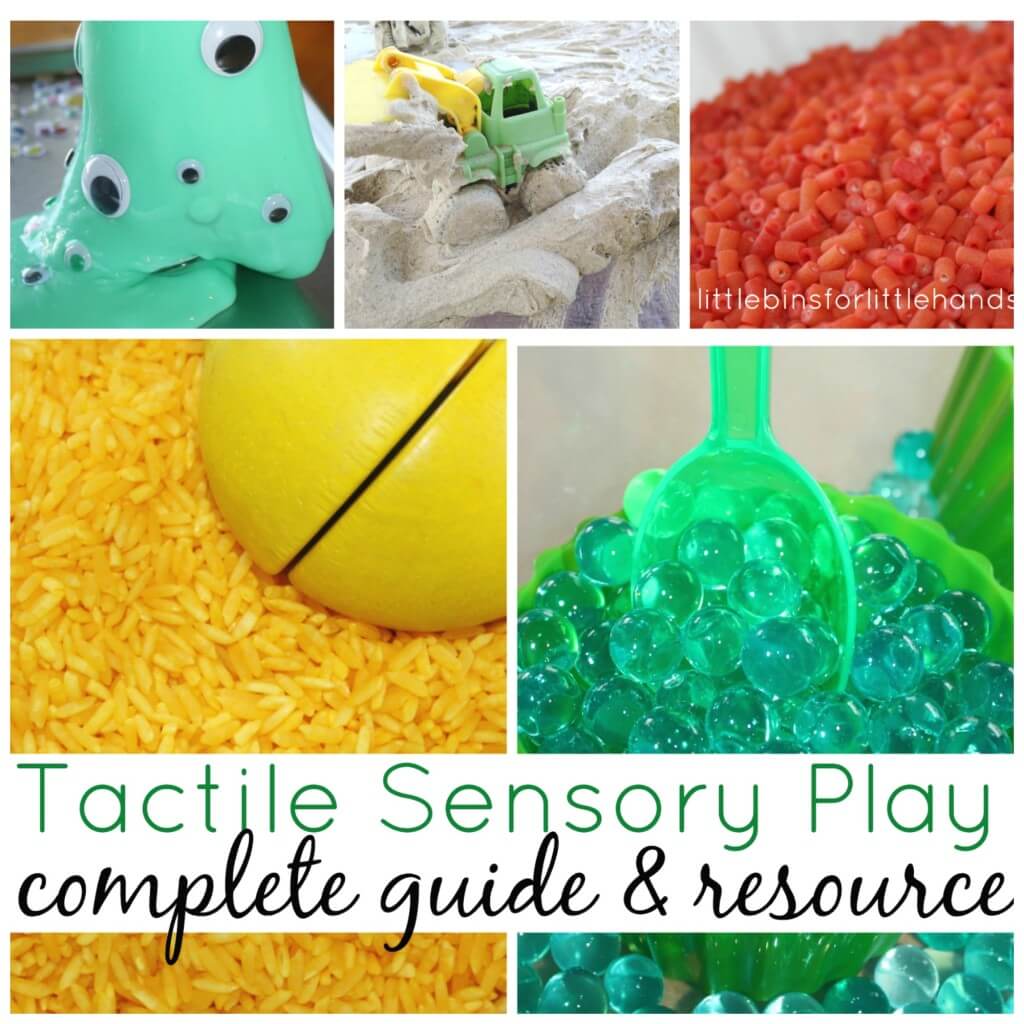