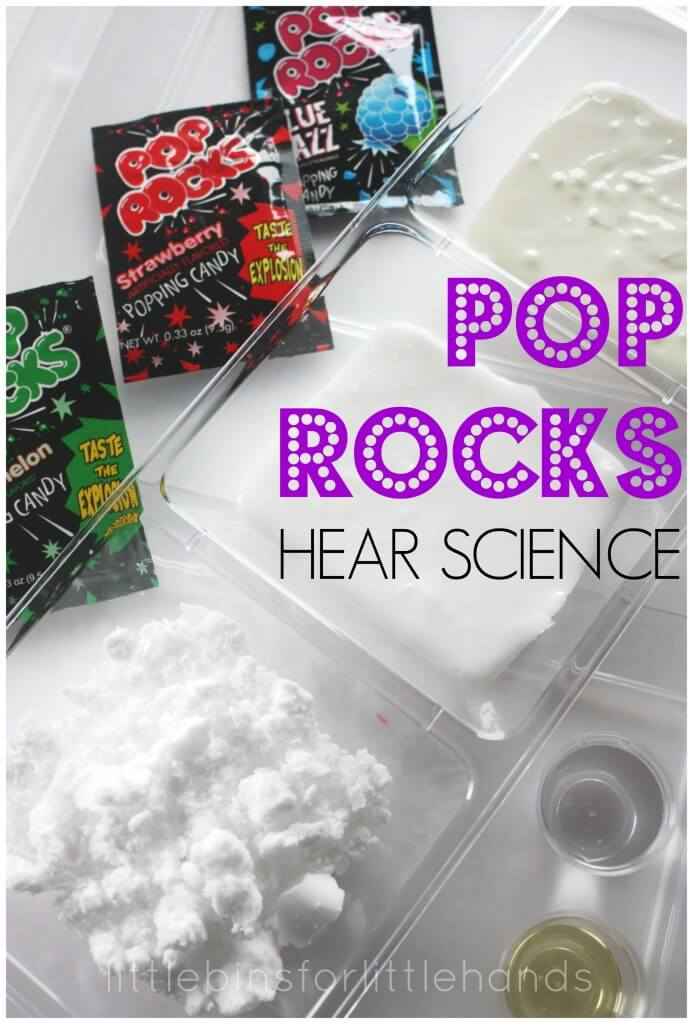 Have you ever tried pop rocks? They are pretty cool to taste, feel, and hear! I chose to use these for our hearing science activities as part of our awesome summer science camp ideas. Make sure to check out how to make a Kaleidoscope for seeing science, our citrus chemical reactions for smelling science, edible slime recipes for tasting science, and our easy non-Newtonian oobleck activity for feeling science!

Have you ever tried pop rocks? They make for a cool science experiment that explores viscosity and the sense of hearing. Slime, Non-Newtonian Fluids, and Chemical Reactions all in one fun invitation to explore!

STEP 1. To make baking soda dough, mix baking soda with a small amount of water until a packable dough begins to form. Do not make it too wet!

Use vinegar to make it fizz and bubble with pop rocks. Check out our favorite fizzing science experiments! 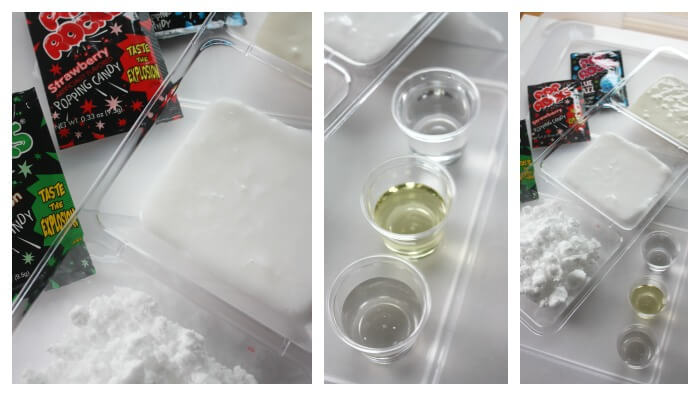 STEP 2. Add a different fluid to each container.  Predict which fluid will have the loudest pop.  Add the same amount of pop rocks to each and listen! 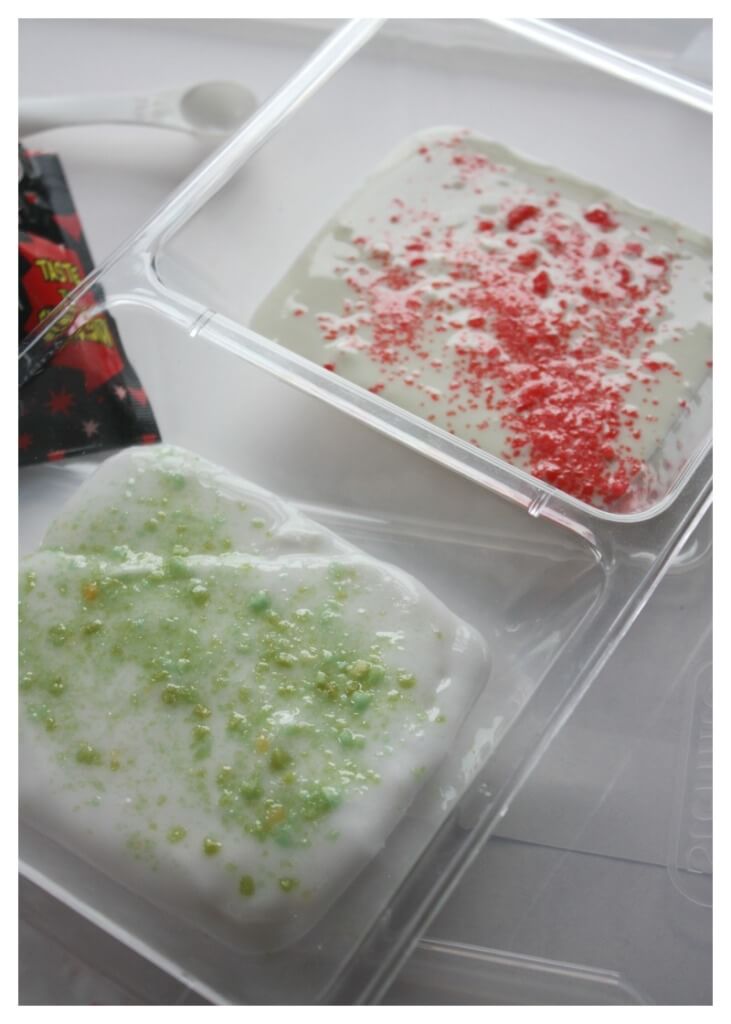 STEP 3. Now compare and repeat with thinner fluids like oil, water and corn syrup.  What happened? 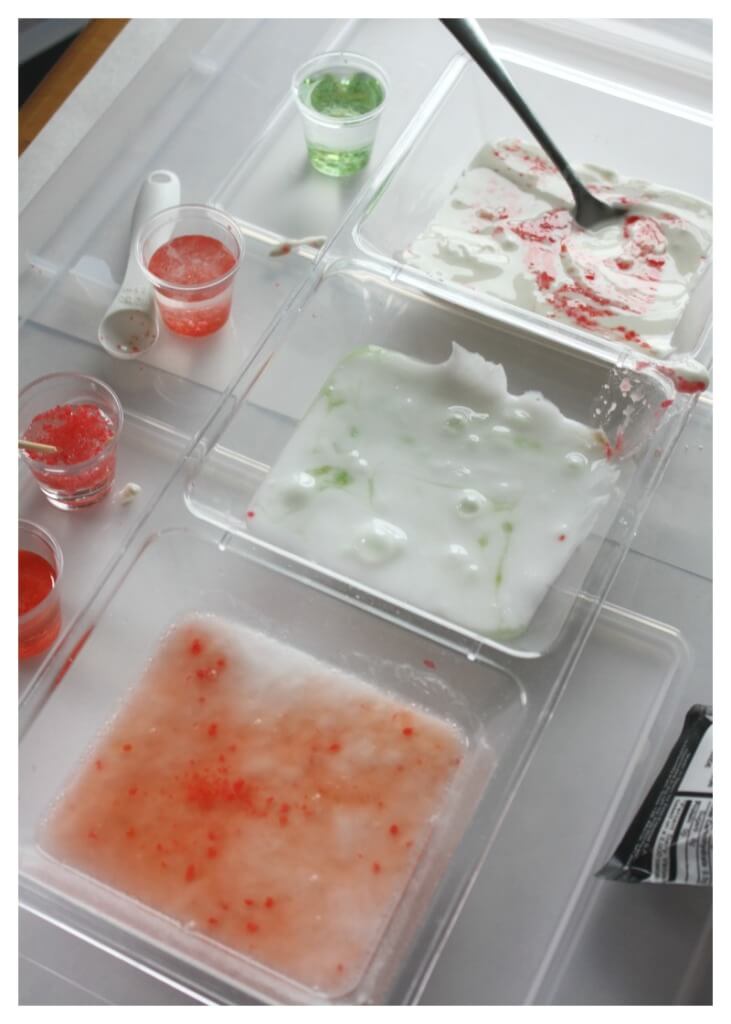 How do pop rocks work? As pop rocks dissolve they release a pressurized gas called carbon dioxide which makes the popping noise! Read more about the patented process of pop rocks.

The less viscous the substance for dissolving the pop rocks the greater the pop. Those fluids with a higher water content yielded better results. Oils and syrups did not allow for much of a pop as it takes a while for things to dissolve in these viscous liquids. Check out a simple candy dissolve science activity. 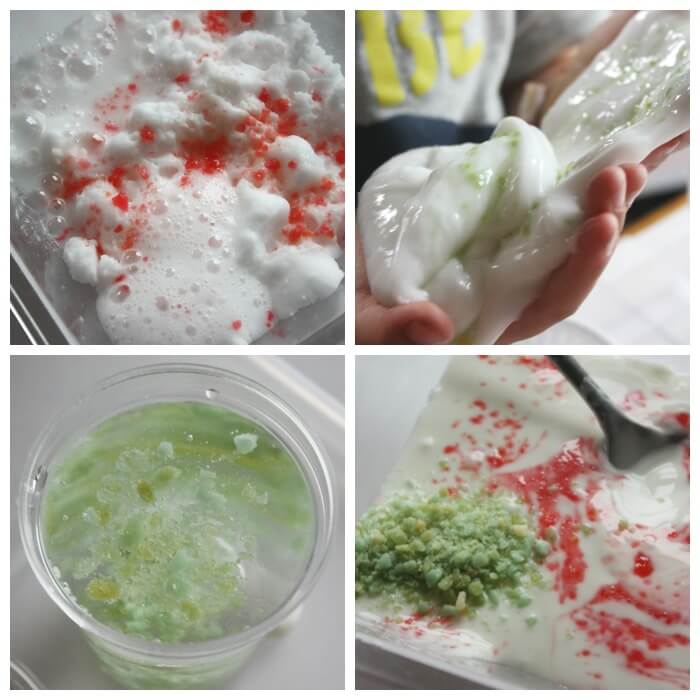 I am pretty sure he enjoyed eating them the best! His second favorite was adding small scoops of pop rocks to water!

Click here for your FREE Science Activities For Kids 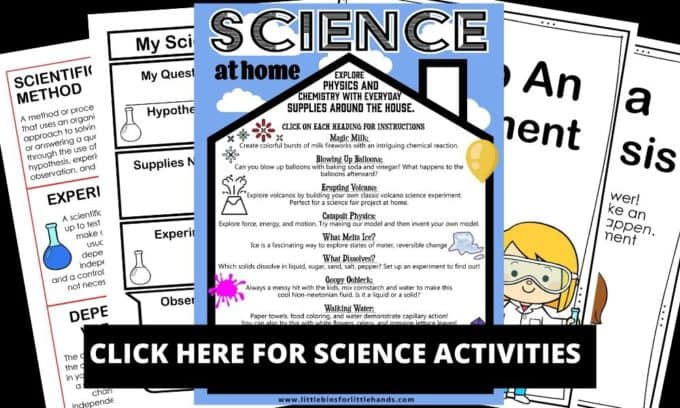 Click on the link or on the image below for more fun and hands-on science experiments for kids.