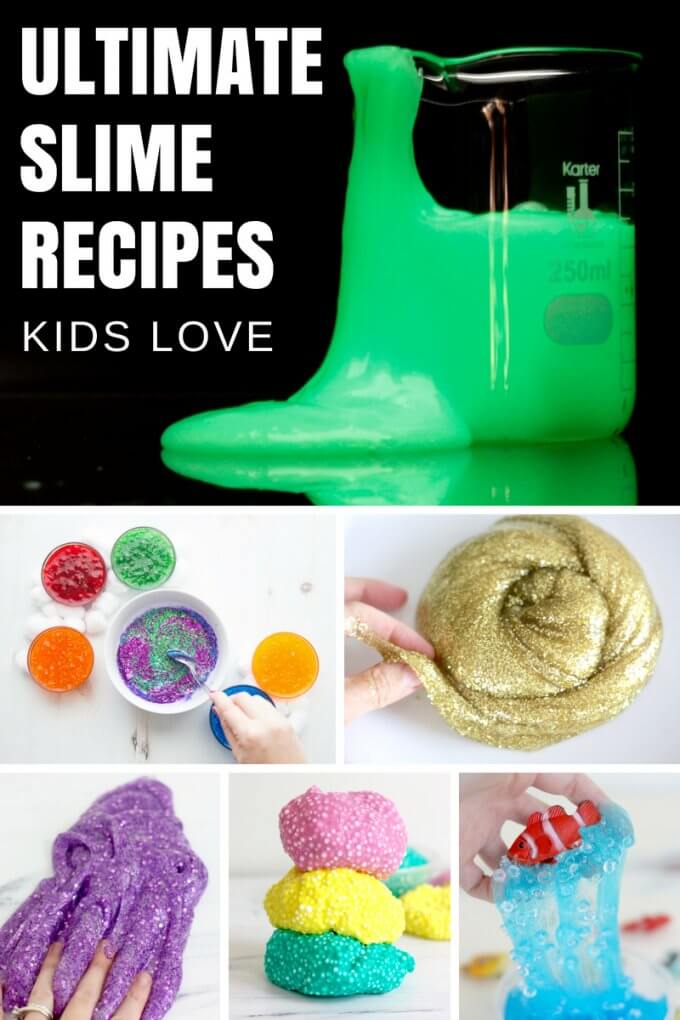 Are you still scratching your head trying to understand the obsession behind making slime? You aren’t alone, but the sales on gallons of glue say it all! I was once in your shoes. My kid wanted to make slime, but I had no clue where to start.

Slime fail after slime fails became discouraging and costly. Slime ingredients aren’t all that expensive, but when you keep making slime fails… It adds up! It became my mission to make homemade slime recipes that actually worked. This meant I had to make up my own recipes.

I spent hours tweaking our homemade slime recipes over and over again until they were just right for us. I knew I needed to be able to share the ultimate slime recipes that anyone could make quickly and easily.

WHY DO KIDS WANT TO MAKE SLIME RECIPES?

For starters, it’s just plain fun to mix up this slimy substance. There are tons of ways to personalize your own creations too. Of course, It just feels really cool with all that squishing and squeezing! Slime looks neat when it’s stretched, and it makes fun sounds too.

Have you stopped to think about all the AMAZING benefits that slime making has to offer? We have!

Today I want to share some of our best slimy resources and slime making ideas with you. I just know you are going to love exploring homemade slime recipes just like we do!

OUR BEST SLIME RECIPES AND RESOURCES

If you have visited our site before, you will know that we LOVE to make slime for just about any occasion. We make homemade slime recipes for every holiday, every season, our favorite movies, and just because!

One of the things we LOVE to explore with our ultimate slime recipes is also cool mix-ins. Mix-ins are what we call the neat items that you can mix into our basic recipes to make even cooler textures like soft clay, foam beads, sand, fishbowl beads, fragrances, instant snow, iron oxide powder, glow powder, and the list just goes on and on!

We have been experimenting and perfecting our homemade slime recipes for almost 5 years, For the last year, we have been compiling all of our best slimy information and recipes into a very special resource that has become such a passion of mine. Before I share that with you, let’s take a look at some of our best slime ideas. 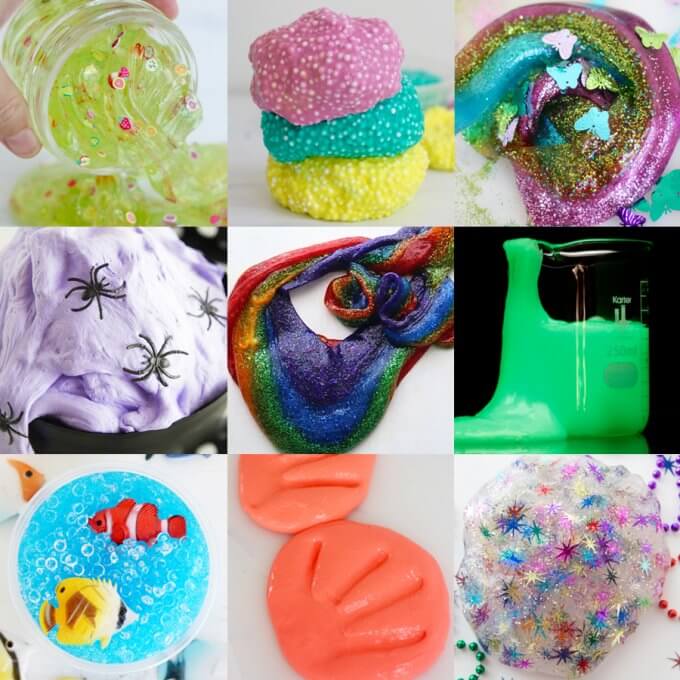 Getting started with slime is easy, but you need a few resources to check out so you can see which recipes you want to try, gather the right slime ingredients, and familiarize your self with the process from start to finish.

Make slime easily every time using our kid tested and approved resources. Arm yourself with the right recipes and right ingredients for slime and you will get the slime consistency and texture you really want!

The Basic Science Behind The Slime

Get started exploring your own homemade slime creations with some of these awesome and very popular slime recipe ideas.

Glow In the Dark Slime

These slimy ideas are just the tip of the iceberg when it comes to slime making, and I bet your kids are going to want to make even more. It’s the perfect boredom buster of course. This is the only slime making resource you will ever need.

Are you ready for this! The ULTIMATE SLIME GUIDE brings you 75+ slime recipe ideas. We teach you the very best 4 basic slime recipes form which 100’s of creative combinations can be made.

The possibilities are endless once you learn the basic of homemade slime making. We share our top tips, supply lists, storage suggestions, fun mix-ins ideas, and so much more as we take you on a slime-making journey.

Let us share with you what we have learned after years of testing out all sorts of slimy recipes.

75+ slime recipes in full color for mind-blowing slime every time. It’s all laid out for you with step by step instructions to make the 4 basic slime recipes. These recipes can be transformed over and over again to make any number of ultimate slime recipes!

If you have been struggling to find that perfect slime recipe, make slime that is super stretchy, or understand slime ingredients, this is the book for you. 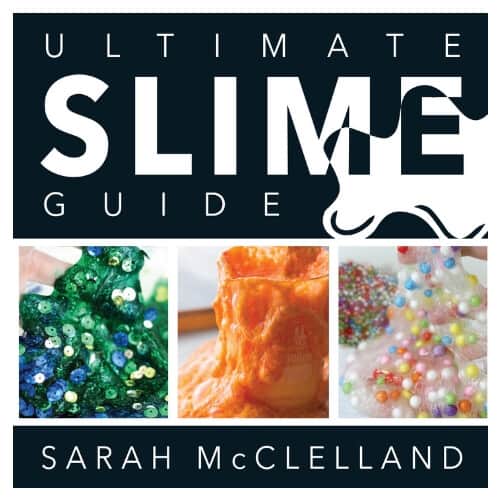 Discover how to make slime quickly and easily with your kids!
Next Post: Set Up and Make Slime Chemistry Activities for Kids