HOW TO MAKE CONFETTI SLIME FOR KIDS 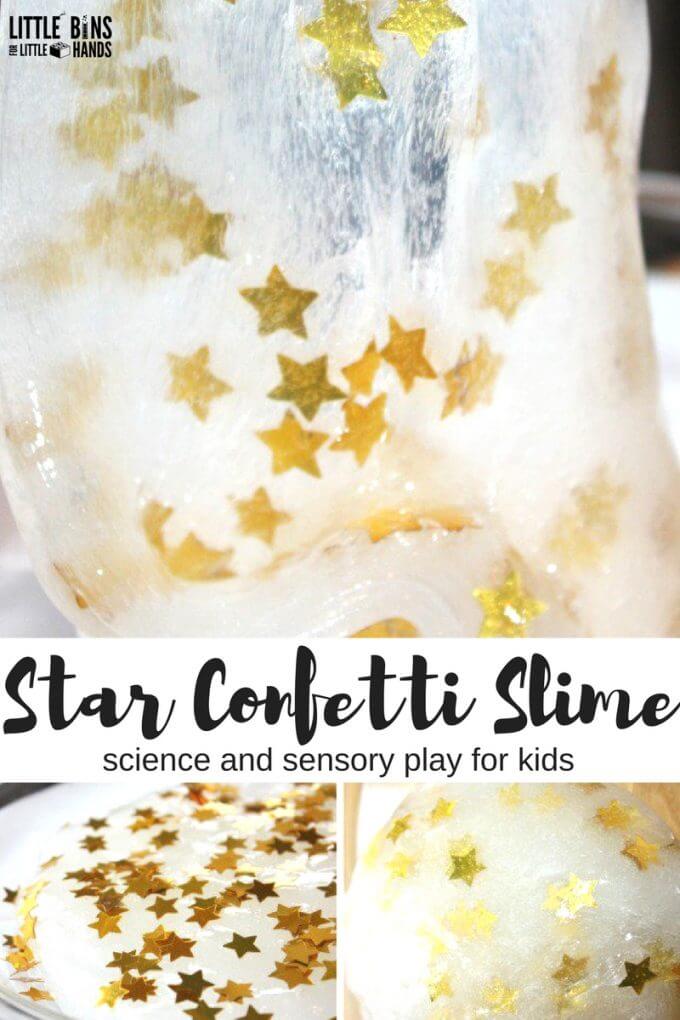 Liquid starch slime is one of our favorite sensory recipes! We make it ALL the time because it is so quick and easy to whip up. 3 simple ingredients {one is water} are all you need. Add color, glitter, sequins, and more!

Where Do I buy Liquid Starch?

We pick up our liquid starch in the grocery store! Check the laundry detergent aisle and look for the bottles marked starch. You can also find liquid starch on Amazon, Walmart, Target, and even craft stores.

“But what if I don’t have liquid starch available to me?”

I often get asked, “Can I make my own liquid starch? The answer is no, you cannot because the slime activator (sodium borate) in the starch is crucial to the chemistry behind the slime! Additionally, you can not use spray starch!

This is a pretty common question from those who live outside of the United States, and we do have some alternatives to share with you. Click on the slime recipes below to see if any of these will work!

Oh, and slime is science too, so don’t miss the great information on the science behind this easy slime below.  Watch our awesome slime videos and see how easy it is to make the best liquid starch slime! 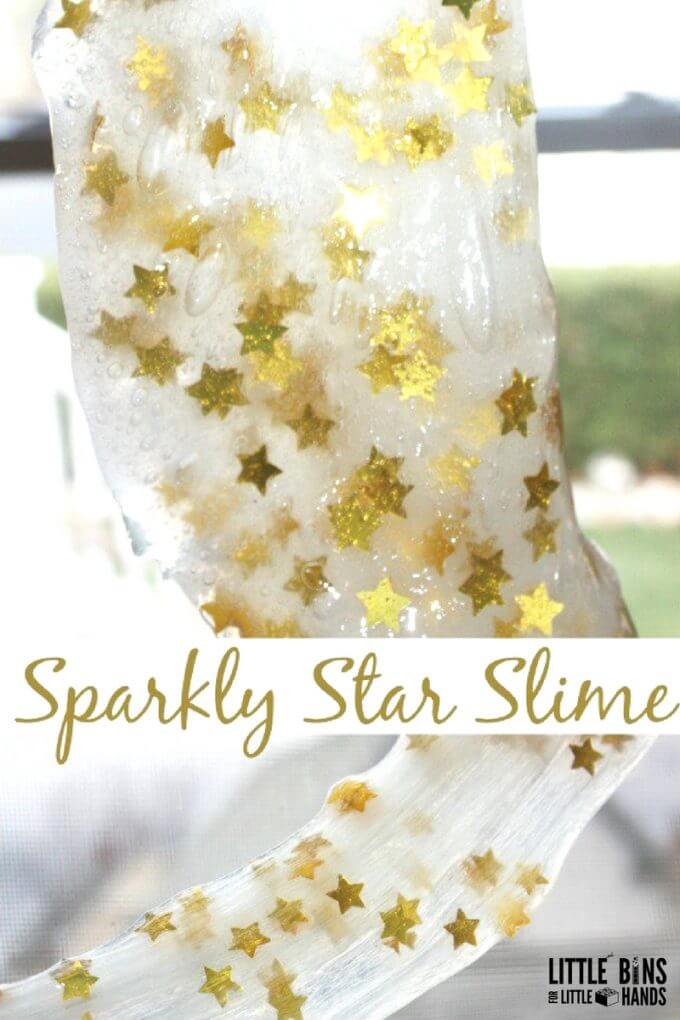 HOW TO MAKE CONFETTI SLIME

STEP 2: Now’s the time to mix in the star confetti!

My son loves making this confetti slime into a ball (see below) and bouncing it around the table! Is slime a liquid or a solid? It’s both!

Around here, slime has become sensory play every day, and the latest batch of homemade confetti slime has a home on our table! Everyone walks buy and stops to play with it for a few minutes or hold it up to a window!

No only is making slime a fun sensory play activity, but it’s a neat science or chemistry demonstration too. A fun afternoon with hands on learning is perfect with a fresh batch of slime.  This star confetti slime is so pretty and relaxing to look at too! 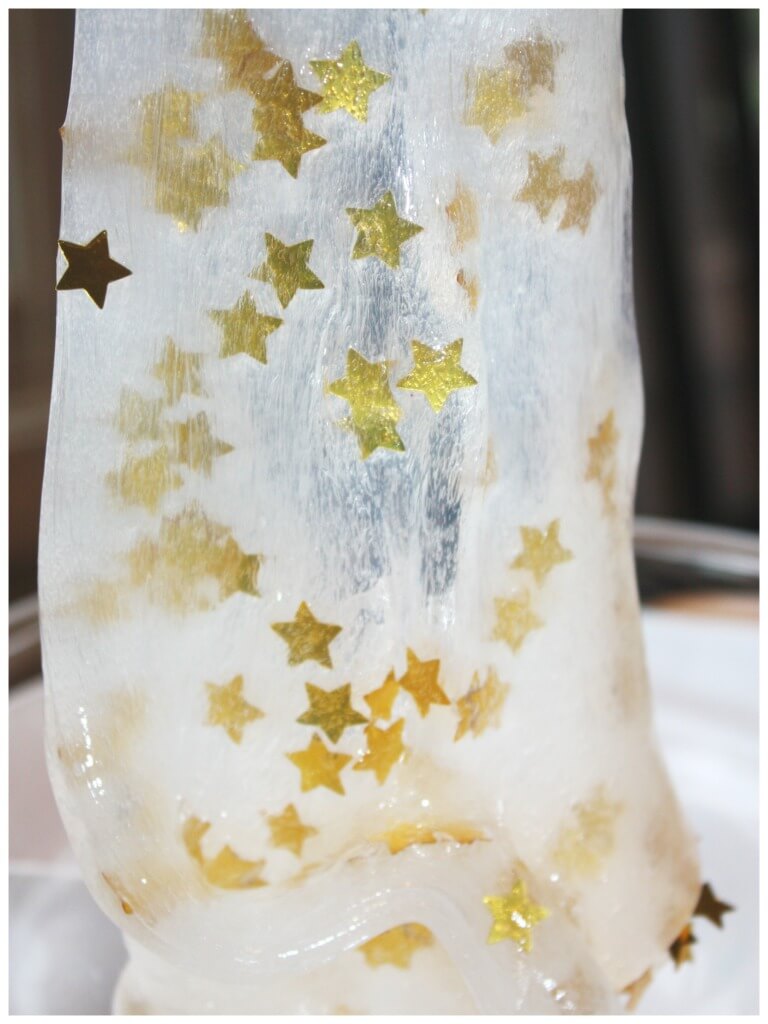 More homemade slime recipe ideas are just one click away! 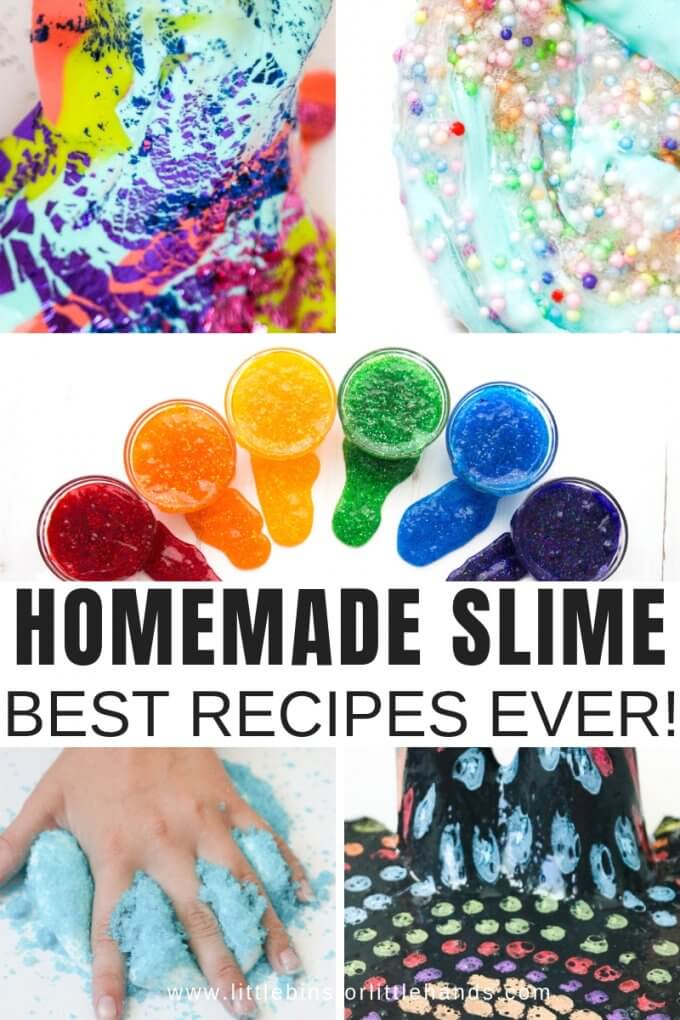