Science can be super cool to try and super easy to set up at the same time. Let’s show kids how fun science can be! We have loads of simple science experiments you can easily do at home or in the classroom. This Valentine’s Day hydrogen peroxide and yeast experiment is a must try experiment for a real WOW! 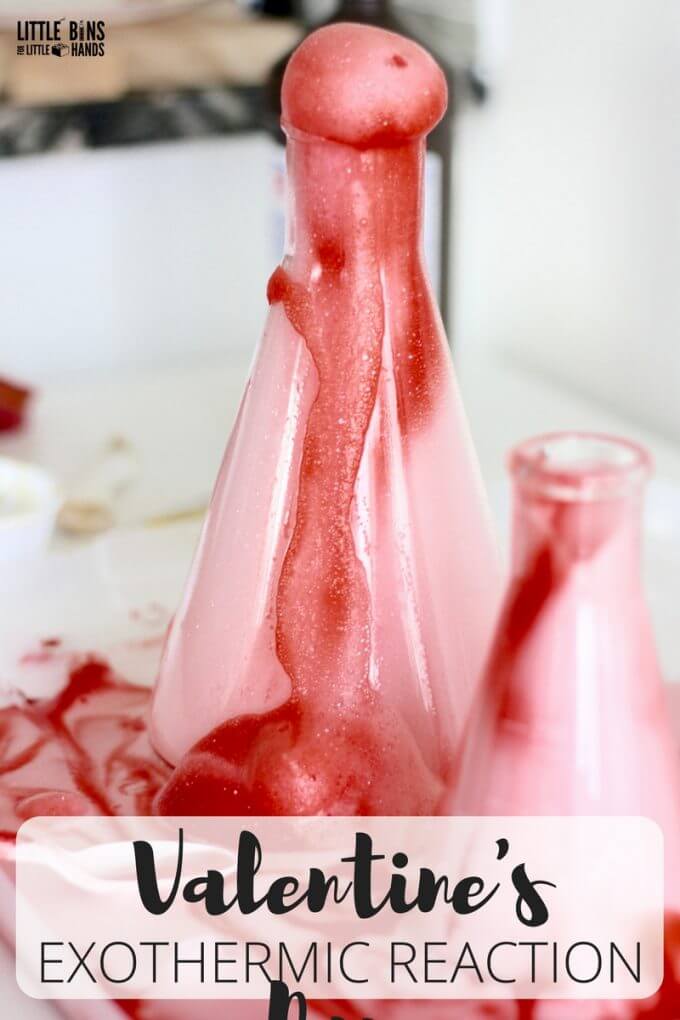 BOOKMARK ALL OUR GREAT IDEAS FOR VALENTINE’S DAY CHEMISTRY HERE. 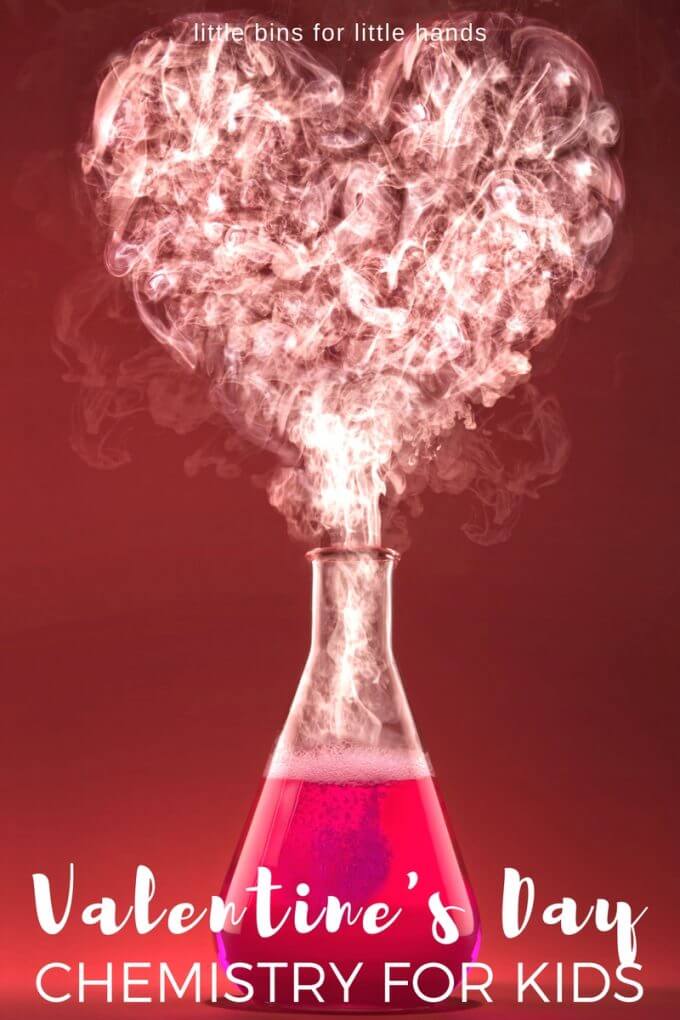 The reaction between the hydrogen peroxide and the yeast makes for an awesome foam that is perfectly safe for little hands to play with and a breeze to clean up. However, this science experiment is not edible! We love fun fizzing science experiments!

We, of course, love the holidays here, so it’s fun to give a classic chemistry experiments a Valentine’s Day theme!

Food coloring is a super simple way to give science a holiday theme. My son is also very generous with his food coloring use.

Check out the awesome photos below and at the end, you will see everything you need to set up your own Hydrogen peroxide and yeast experiment. 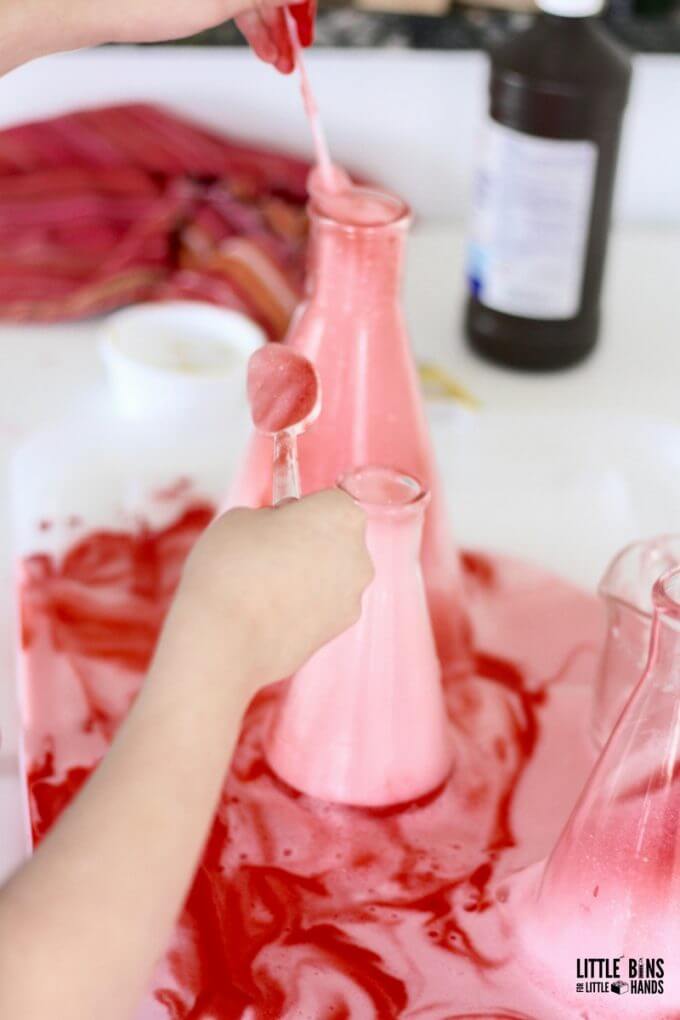 One of the best parts of this Valentine’s Day science experiment is the opportunity for tons of hands-on play and exploration. This hydrogen peroxide and yeast science activity encourage kids to explore the reaction with their hands! 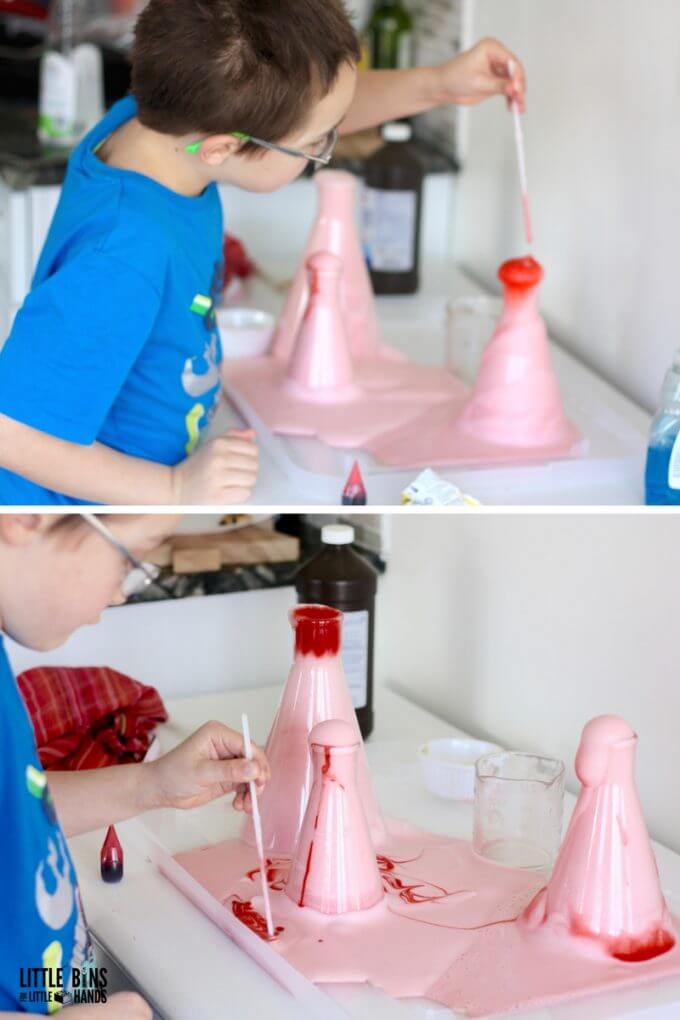 This classic chemistry experiment is often called Elephant’s toothpaste because of the voluminous amount of foam that it usually produces. However, you do need a much stronger percentage of hydrogen peroxide to produce that reaction than what we use below.

You can still enjoy the same type of chemistry experiment but with less foam and less of an exothermic reaction with regular household hydrogen peroxide. The experiment is still awesome, and if you get a chance to try a higher percentage of peroxide, it will be worth it too!

Check out our elephant toothpaste experiment with stronger peroxide! 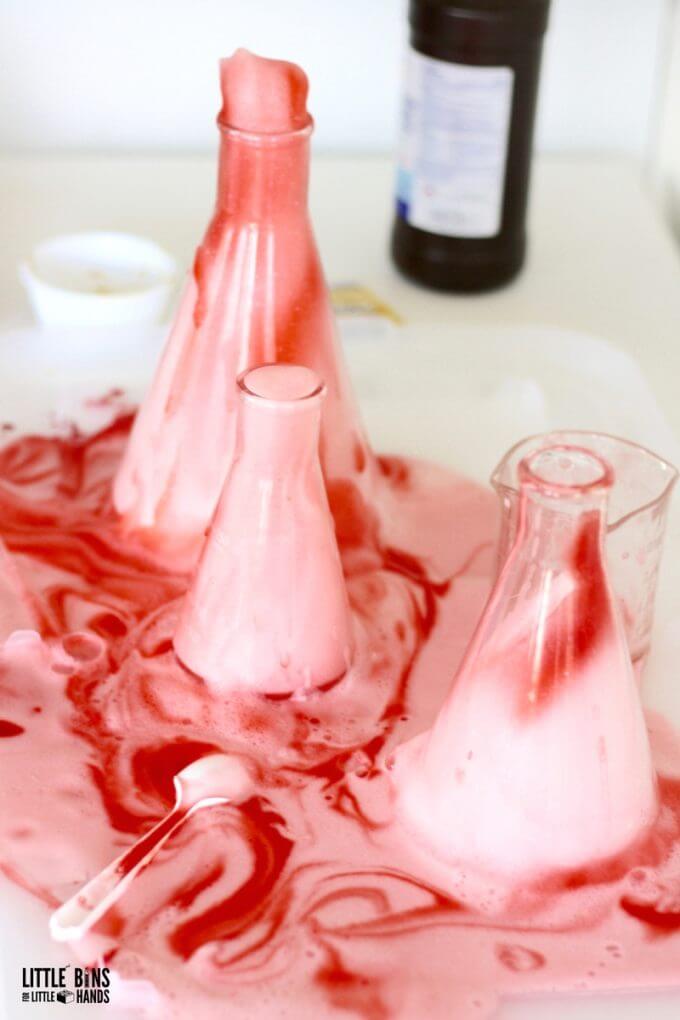 WHY DOES HYDROGEN PEROXIDE FOAM?

The reaction between the hydrogen peroxide and the yeast is called an exothermic reaction. You will feel a warmth to the outside of the container because energy is being released.

The yeast helps to remove the oxygen from the hydrogen peroxide creating tons of tiny bubbles that made all that cool foam. The foam is the oxygen, water, and dish soap that you added. 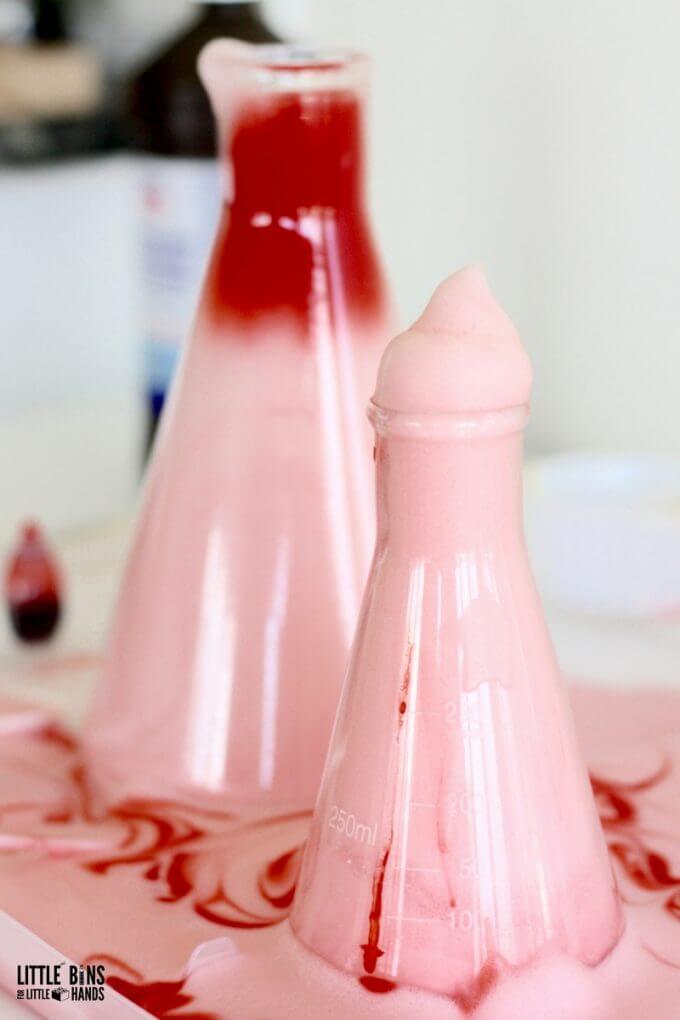 If you pay close attention, the reaction continues for quite a while and looks quite different depending on the size of the container you use! We chose three different size flasks to check out this Valentines Day hydrogen peroxide and yeast exothermic reaction. Each one looked pretty cool. 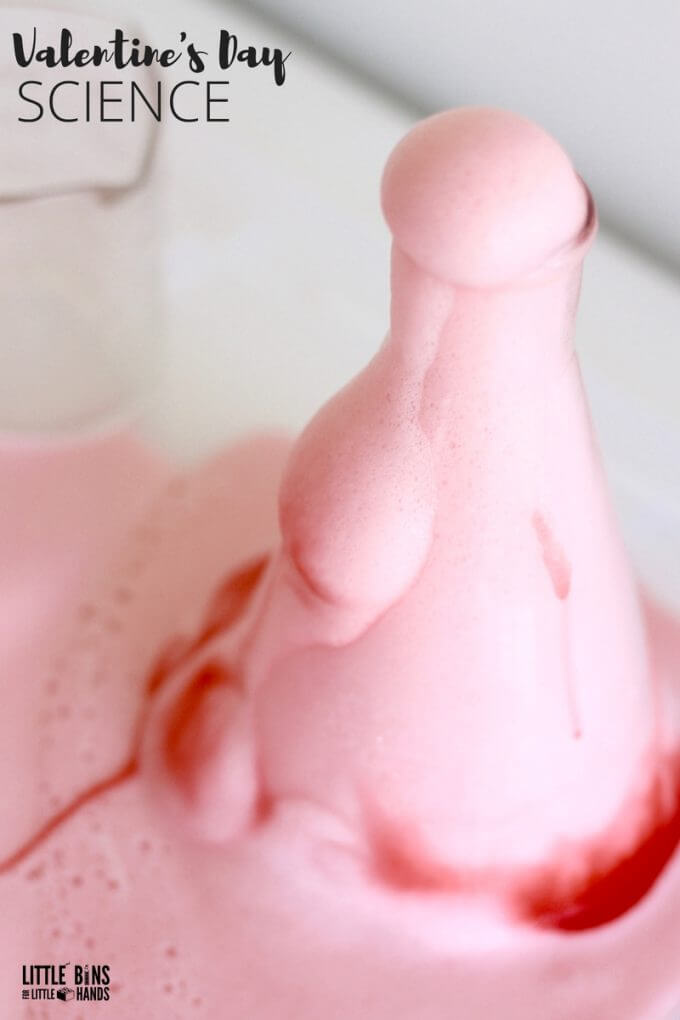 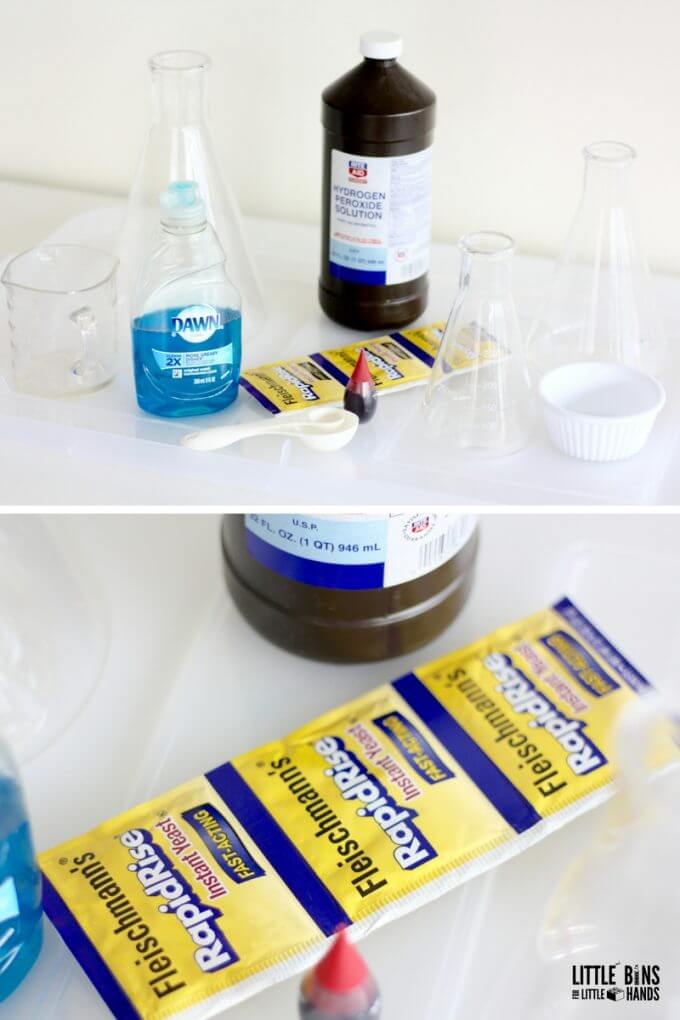 STEP 1: Pour the same amount of hydrogen peroxide into each container unless you are just using one container. We used a 1/2 cup.

Then squirt dish soap into flask or bottle and swish it around a bit to mix!

Next add food coloring (as much as you like, my son is very generous).

STEP 2: Mix 1 tablespoon of yeast with 3 tablespoons of very warm water. Stir to dissolve the yeast as best as possible. It may appear clumpy still but that’s fine! 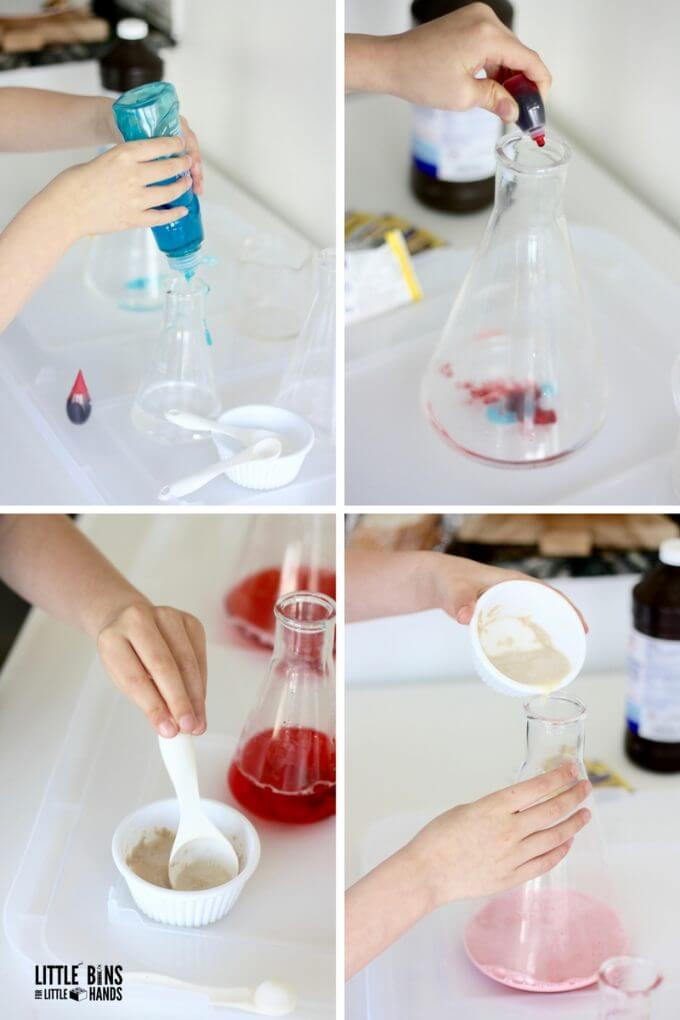 STEP 3: Pour the yeast mixture into the container and check out what happens! You can even add a few more drops of food coloring as the mixture swells out of the container.

Notice how quickly the reaction begins. The foam had started before he was even finished pouring in the rest of the mixture.

For the larger flask, the reaction continued for quite a while inside the container before it came out of the top. Would a different amount of hydrogen and yeast change that? 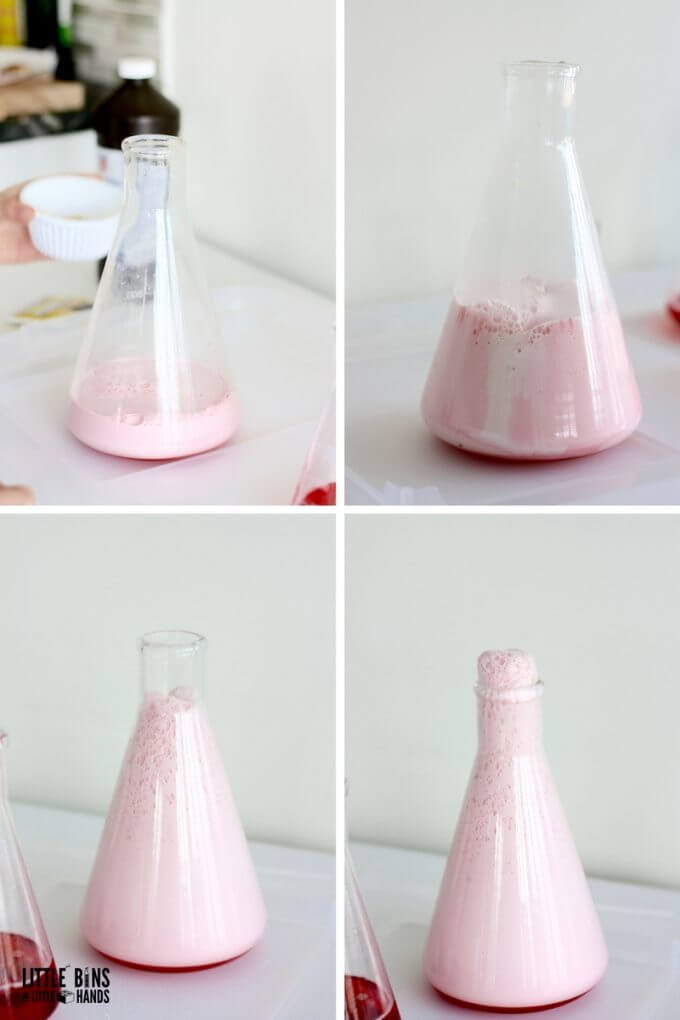 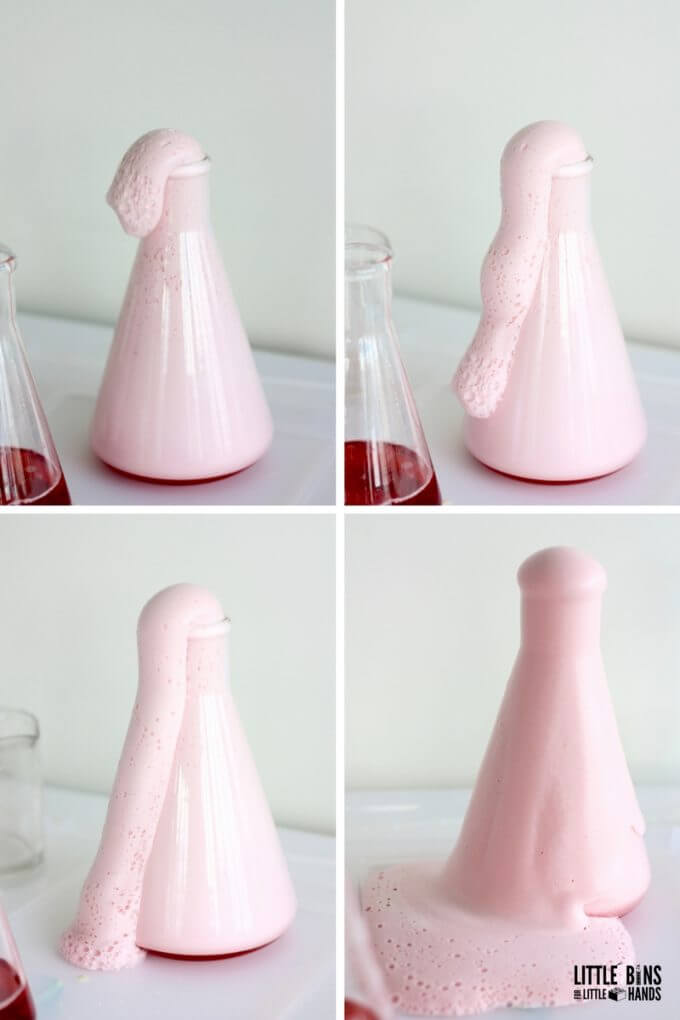 Check out all that cool foam being produced by the reaction between the hydrogen peroxide and the yeast!

Go ahead and play around with the foam. My son added additional red food coloring. This will temporarily stain the hands if you use as much as my son! If we stayed with the pink foam this would not have happened.

You can also go ahead and whip up new yeast mixtures and add it with extra hydrogen peroxide to the already foamy bottles or flasks. We always do this with our baking soda and vinegar reactions! 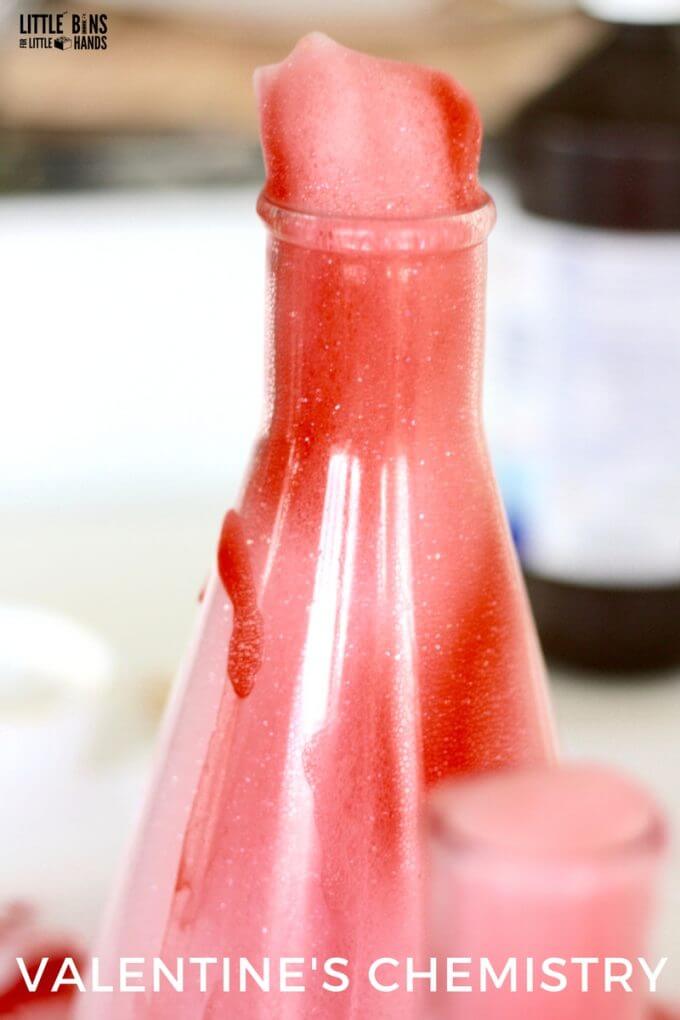 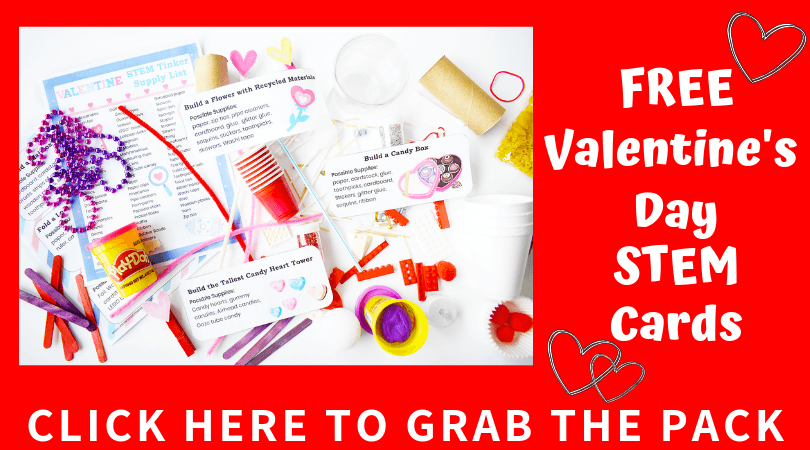 Check out more awesome Valentine’s Day science this season and all year long. 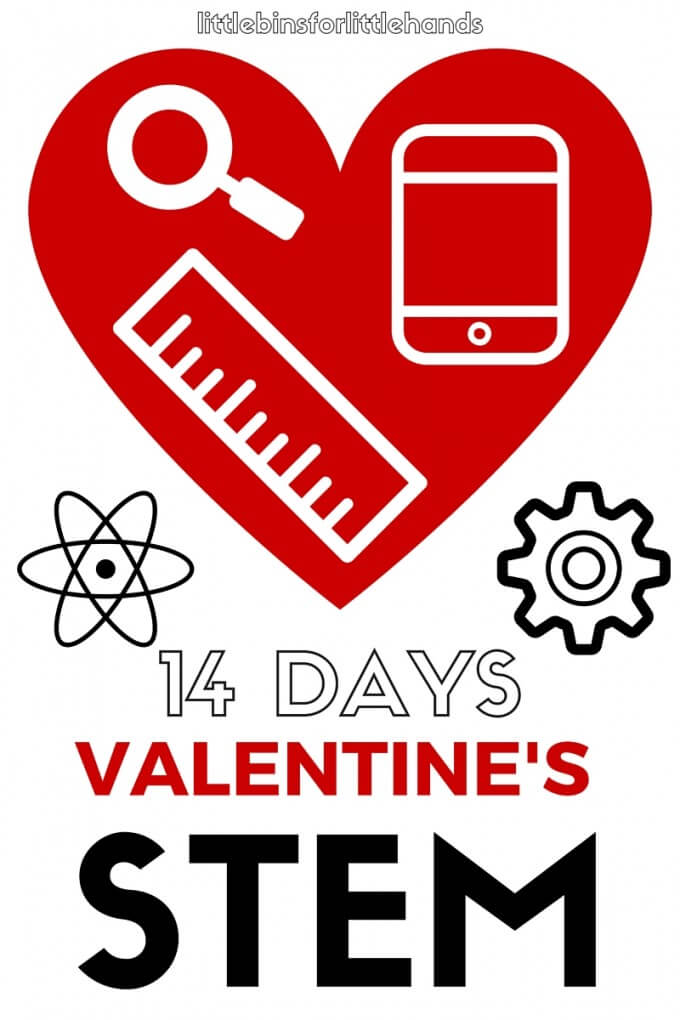